Tony Bellew: I'll knock Tyson Fury out! I know I can flatten him

Tony Bellew believes he can can knock Tyson Fury out following his fifth round stoppage of David Haye in London on Saturday night.

Bellew knocked Haye down three times before referee Howard Foster put an end to the one-sided beating with Haye struggling to survive on the ropes.

Haye said he would ponder his future in the sport over the coming days and months while Bellew called for a fight with undefeated middleweight Andre Ward in his post-fight interview.

Bellew revealed that he's talked to Ward about the possibility of the American coming out of retirement but he also said that he would like to fight Tyson Fury and that he believes he can 'flatline' the former world heavyweight champion.

"I just want to punch everything and fight the world mate," said Bellew.

"I'd love Tyson Fury. I'd love to knock Tyson Fury out. I know I can do it. These two [Eddie Hearn and Dave Coldwell] think I'm crazy but I know I can flatline him."

Bellew's promoter Eddie Hearn said that his fighter had spoken to Fury about a fight after Haye pulled out of the original rematch in November citing a bicep injury from a conditioning session.

Hearn said that the two had verbally agreed to fighting each other but that Haye's recovery ensured that their planned rematch would go ahead as scheduled.

The Matchroom chief also said that Fury would likely take three or four fights before fighting someone like Bellew while the Liverpudlian said that he would not want to fight the Tyson Fury that defeated Wladimir Klitschko in  Düsseldorf in November 2015. 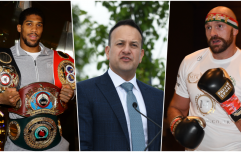 END_OF_DOCUMENT_TOKEN_TO_BE_REPLACED

"If he gets on that Düsseldorf form I don't fancy the night that that could incur for me," added Bellew.

"I'm not about that life. I don't need a man who is about nine foot trying to punch my face in when he's back to his best.

"Boxing is all about timing. I'm not going to sit here and say to you that I would have beaten Tyson Fury that night in Düsseldorf.

"Chances are I'd dance around the ring and he'd jab my head off but what I will say is when the likes of the great Muhammad Ali met the great Joe Frazier - he'd been out of the ring for how many years through inactivity with the Vietnam thing - so timing is everything and styles make fights.

"Tyson Fury isn't a big puncher like a Deontay Wilder or Anthony Joshua or David Haye but he has a certain set of skills.

"He's big, he's elusive and he's fast for a heavyweight but he isn't as fast as David Haye. It's a fight I like."