“The worrying thing is they’re taking it very seriously."

Eddie Hearn has navigated Katie Taylor all the way through her professional career, and the pair have been very successful.

Under his promotion, Taylor has won multiple world titles at multiple weights, and fought some big names In the process.

Delfine Persoon and Natasha Jonas, are just of the impressive hurdles that the Bray fighter has jumped, but now she faces a new challenge in the form of Firuza Sharipova, and it's the unknown that is making Hearn worry.

“She comes with a big reputation, a lot of support, and they’ve been quite difficult to be honest with you. They’re not particularly happy about anything.”

“The worrying thing is they’re taking it very seriously. You see a lot of people turn up, ‘Oh, thank you so much for the opportunity.’ 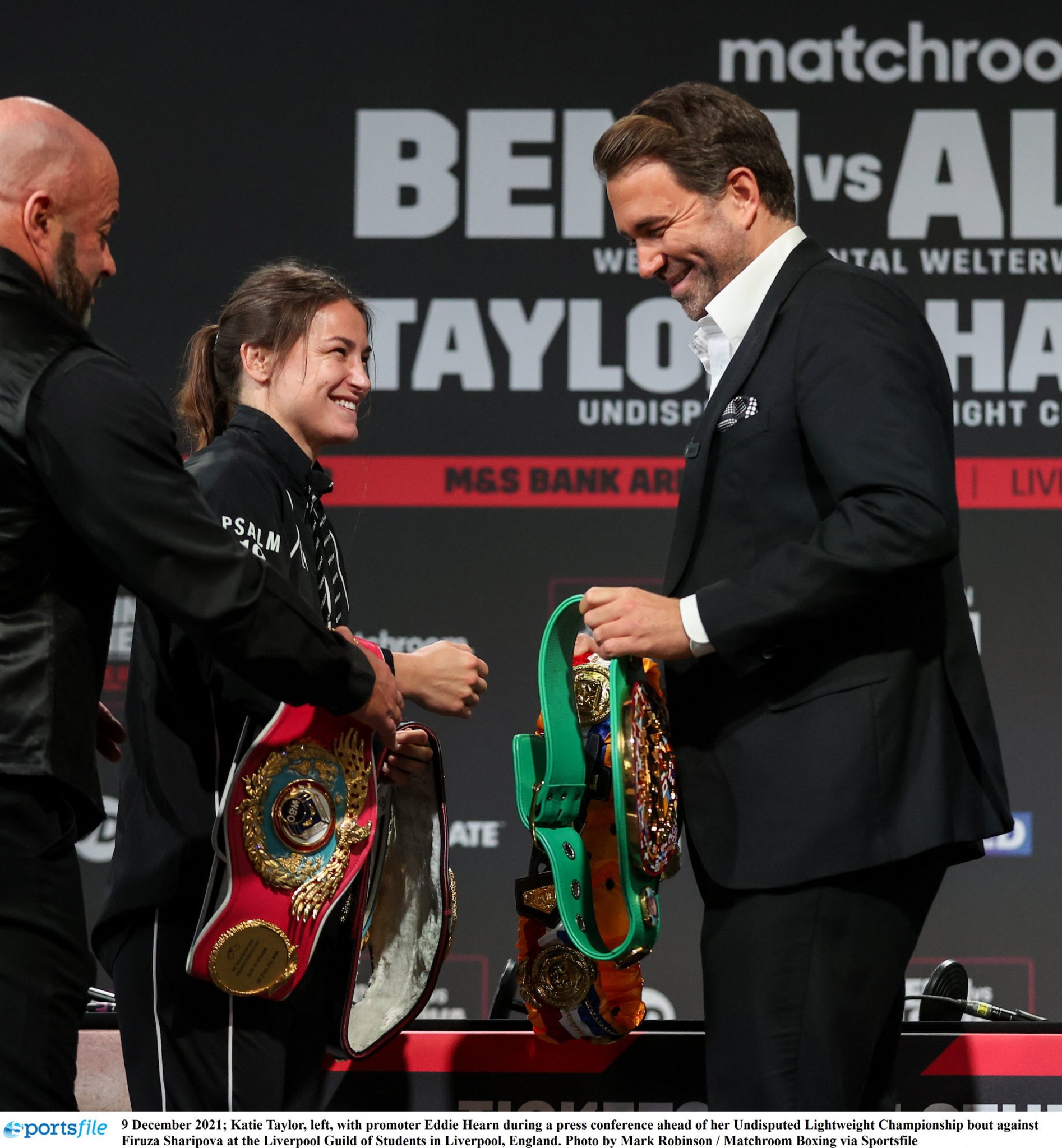 END_OF_DOCUMENT_TOKEN_TO_BE_REPLACED

"They’re like: ‘We have to get this right. We’re winning this fight and we can’t have anything get in the way of our preparation.’

“That’s a bit worrying. They’re not just here to make up the numbers.

“And there’s a lot unknown about her. Like, if you watch her, she can punch, she’s quite unorthodox, very tough... I don’t know...

“She’s either just a solid fighter or really, really good and really dangerous. I hope it’s just the first one to be honest with you. Katie wants the second one! 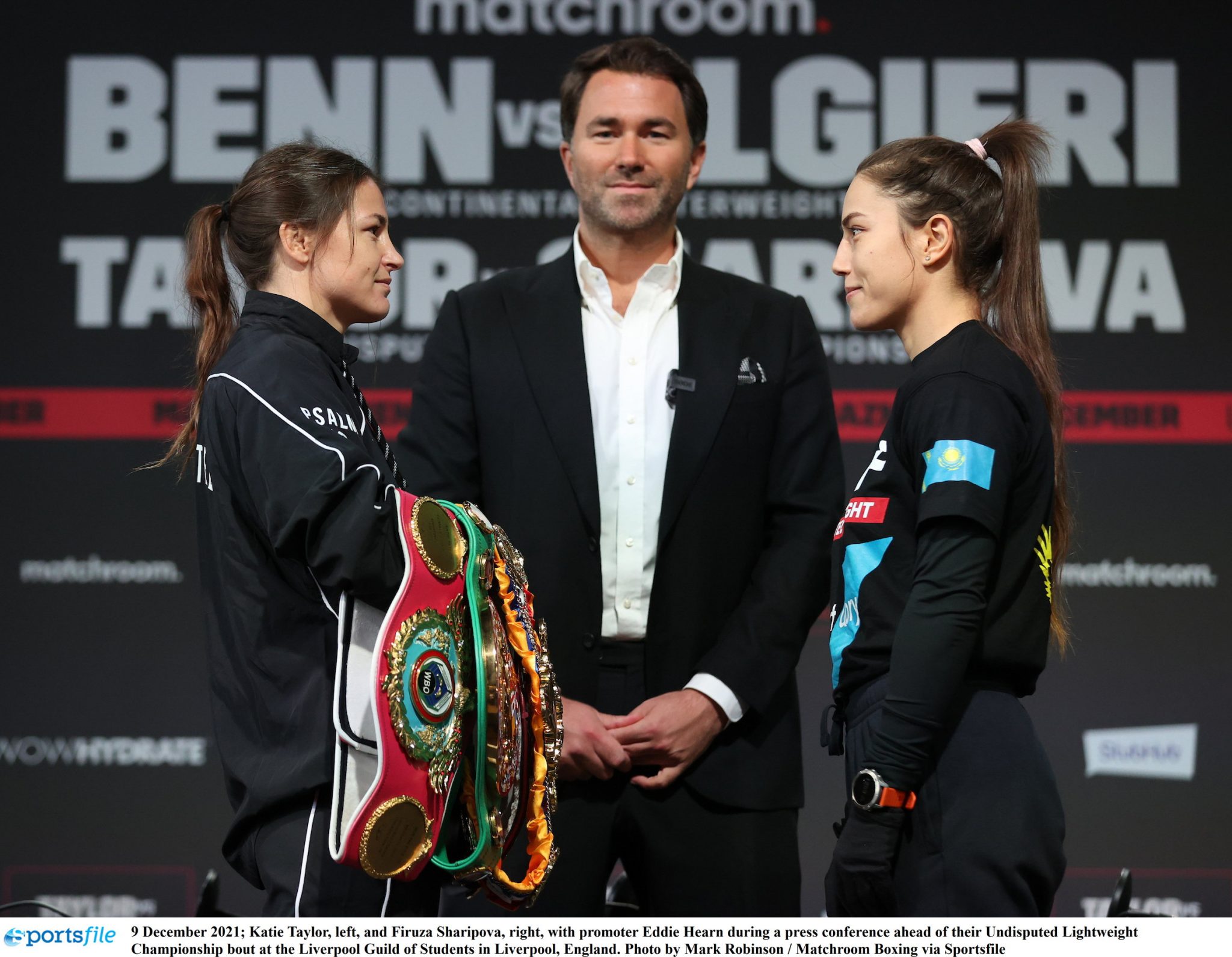 “But we just want to get through this fight and then, obviously, (Amanda) Serrano looms.

“It’s just that you see so many banana skins – non-stop now – where people are losing, because they’re thinking [beyond the fight in front of them].

“Katie’s not that kind of fighter, but it’ll certainly be a sigh of relief if her hand can get raised on Saturday and we can move forward to that Serrano fight.”

Eddie Hearn unsure about what Katie Taylor is up against.

They say that the devil you know, is better than the deil you don't. 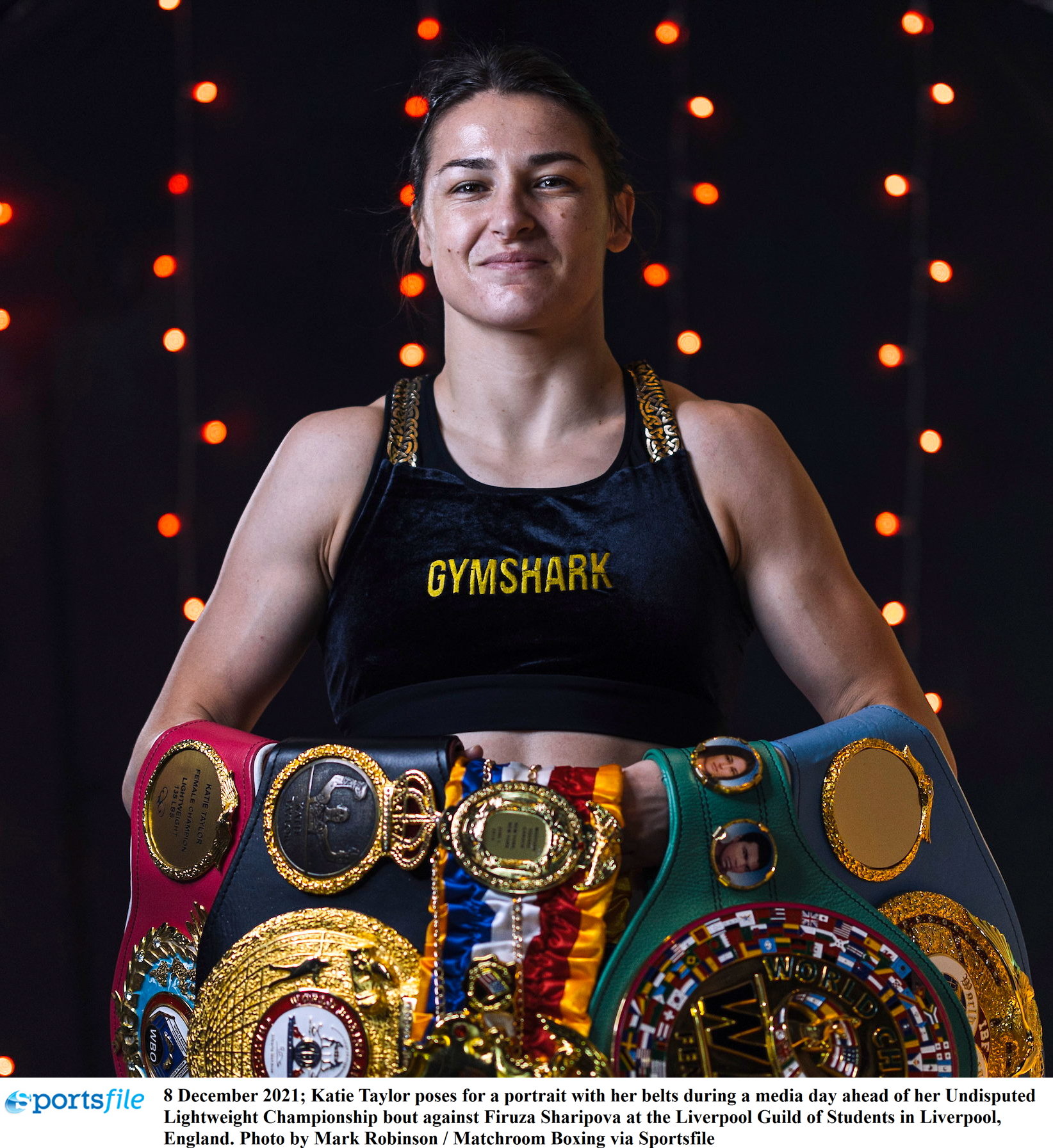 “Which is good: it means we’re going to get someone who’s coming to win. And there have been a lot of fights with Katie where you know that she is going to win those fights.” Jake Paul spot-on with women's boxing comments as he plots Taylor vs. Serrano

END_OF_DOCUMENT_TOKEN_TO_BE_REPLACED

The Matchroom promotor finds comfort in the knowledge that Taylor has come up against huge opposition before, and always came through.

“The Persoon fight was the one that was the toughest of Katie’s career, at MSG, and the rematch was another one where I was extremely nervous.

“The Natasha Jonas fight was tough, Christina Linardatou was quite tough as well. Jessica McCaskill. So, it’s not like she’s breezed through every fight.” 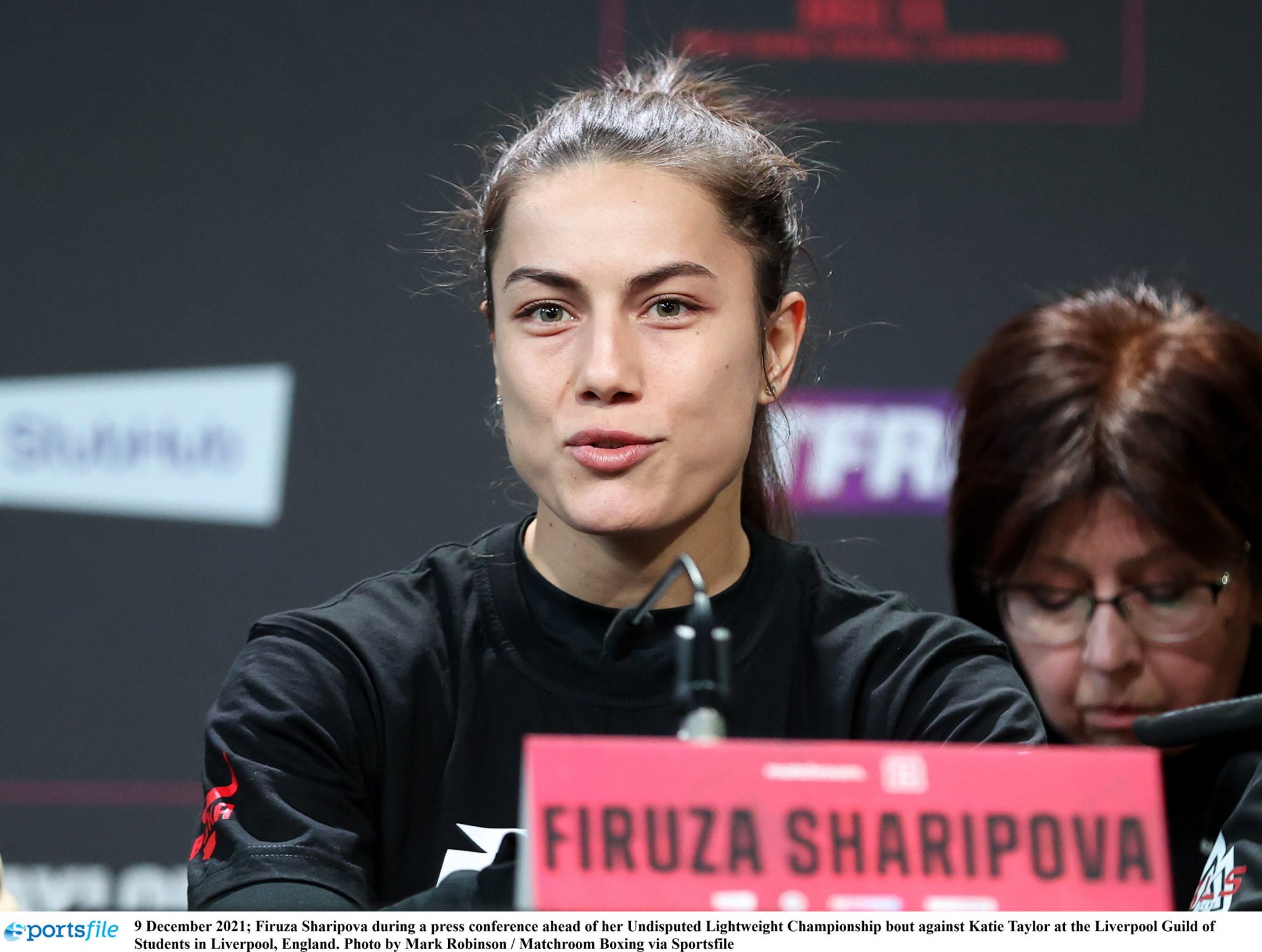 He believes though that if the Serrano fight goes ahead it will be a defining one in Taylor’s career. And it is very close to being agreed.

“Contracts aren’t signed but we certainly have a position with both teams where we’re saying, ‘We’re ready to go.’ She’s got a fight next week and I think it’s going to be a quite straightforward process to get that fight contracted.

“I think Katie in her mind thinks she’s got another five, 10 years – and she may have. I see it more like – I don’t even like saying it, because she gets really angry with me, but – three years.

“It could be six, seven, eight fights or whatever that is – but the Serrano one is one that leaves you with not many things to achieve. And they may do it twice. It’ll be such a good fight, you’ll probably end up seeing it twice,” he said.


popular
Six GAA games shown on TV this weekend that you do not want to miss
Andy Moran reveals which former Mayo teammate was the ultimate team player
Paul Galvin is not one bit impressed with the new Kerry jersey
"It’s hard not to respect Johnny, even if you don’t like him!" - Dan Biggar
QUIZ: Which is the correct GAA crest?
Craig Dias on club All-Ireland run, winning Leinster, and making his second debut for Dublin a decade after his first
Ireland Under-17 defender Cathal Heffernan 'in talks' with AC Milan
You may also like
1 month ago
Eddie Hearn reveals that Jake Paul could play a huge role in making Katie Taylor vs Amanda Serrano happen
1 month ago
Eddie Hearn reveals details of 'biggest fight in women's boxing' after Katie Taylor win
1 month ago
Katie Taylor blitzes Firuza Sharipova to defend world titles in style
1 month ago
Katie Taylor v Firuza Sharipova: Everything you need to know about Irish fighter's title defence
2 months ago
Katie Taylor puts all of her unified titles on the line this December
3 months ago
New footage shows exactly what Deontay Wilder said to Tyson Fury after trilogy fight
Next Page