Compubox to the rescue.

Katie Taylor showed guts and stamina and bits of craft in her win over Delfine Persoon in MSG but there were eyebrows raised at the judges' decision to award her the victory.

In a war of attrition, Taylor dominated the opening of the fight but she was under the cosh for large parts and every pundit and former boxer scored a win for the Belgian but it was the Wicklow wonder who left with all four belts. 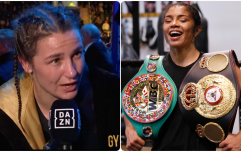 END_OF_DOCUMENT_TOKEN_TO_BE_REPLACED

The discourse around the fight continues though with many believing that a rematch should be immediately fixed to fairly reflect the performance of a tearful Persoon and the stats offered by Compubox after the fight show that the 34-year-old actually landed more punches.

Taylor's hit rate was much more efficient and, interestingly, her power punches were more effective and they would've scored higher for her.

And, yet again, her wastage wasn't anywhere near as much as Persoon who landed just 23% of her power punches and 19.8% of her total punches. 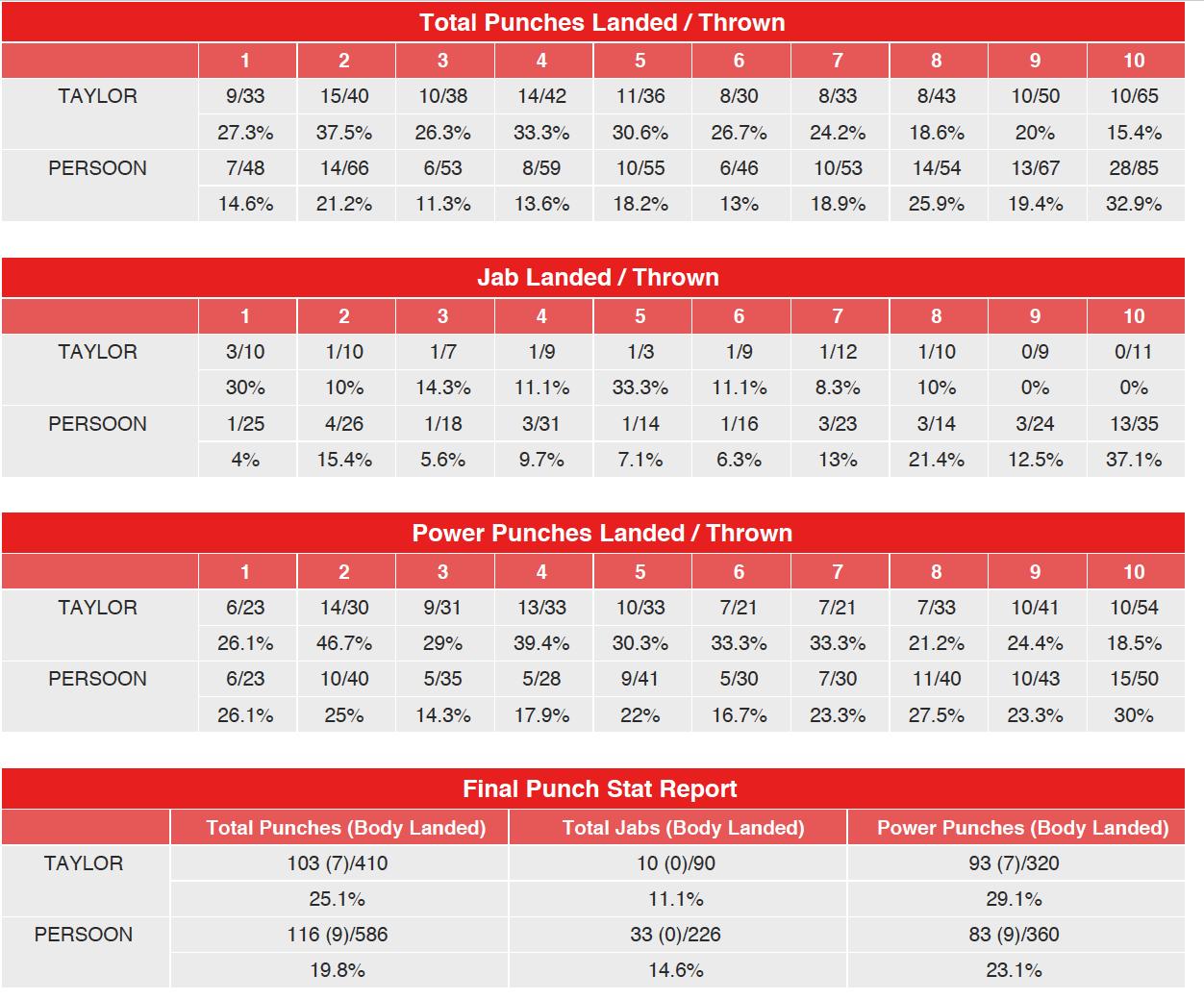 
popular
When Liam Brady lit into Brian Clough for his dismissive Mick McCarthy comments
Roy Keane pays Declan Rice highest compliment possible as United move discussed
Galway fans' frosty reception for Davy Fitz doesn't make any sense
"I'm pretty angry... Kane's body language and performance, oh my goodness!"
Roy Keane and Graeme Souness had plenty to say about David Moyes' crucial penalty decision
Solskjaer makes fair point as Ronaldo denied two 'stonewall penalties' at West Ham
The most Stone Age tackle you've ever seen gets South African lock straight red card
You may also like
2 weeks ago
"She is beatable" - Jennifer Han confident she can upset the odds and defeat Katie Taylor
2 weeks ago
"The atmosphere's going to be electric" - Katie Taylor is excited to fight in her favourite football team's city
3 weeks ago
The all-conquering reign of Katie Taylor doesn't seem to be stopping anytime soon
1 month ago
"I’ve had some offers" - Kellie Harrington weighs up her options of turning professional or staying ameatuer
4 months ago
Katie Taylor's final answer after latest triumph sums up her status in the game
4 months ago
Katie Taylor edges Natasha Jonas on the scorecards to defend her world title belts
Next Page