"I definitely felt like I did enough" - Katie Taylor interview

The sight of Delfine Persoon storming out of the ring and exiting the arena in tears was difficult to ignore.

As it was, she lost her WBC lightweight title and Katie Taylor was draped in four of belts in an eerie New York night that didn't feel the same as any of her other 13 wins.

Whatever way it was scored outside of the judges' booth, everyone had it close. Some had it as a draw, others wondered how much of Persoon's dominance was just position and just awkwardness without tangible points being taken all the time.

And Katie Taylor was unapologetic, of course she was.

In two and a half years, she's fought 14 times in the professional game, she's won 14 fights and she's taken four belts - all four belts.

On reflection of the Persoon fight, she said she deserved to win.

"Yeah, I definitely felt like I done enough, especially early on," Taylor told Sky Sports Box Office in the ring.

"Thank God for a great victory.

"That's my nature I stand there and fight too much. I probably should have been more disciplined.

"I knew it was going to be that kind of fight, she's a great, great champion.

"It was a very, very close fight but I definitely felt like I did enough."

🗣"I thought I did enough, especially in the early rounds." @KatieTaylor reacts to becoming Undisputed lightweight world champion! 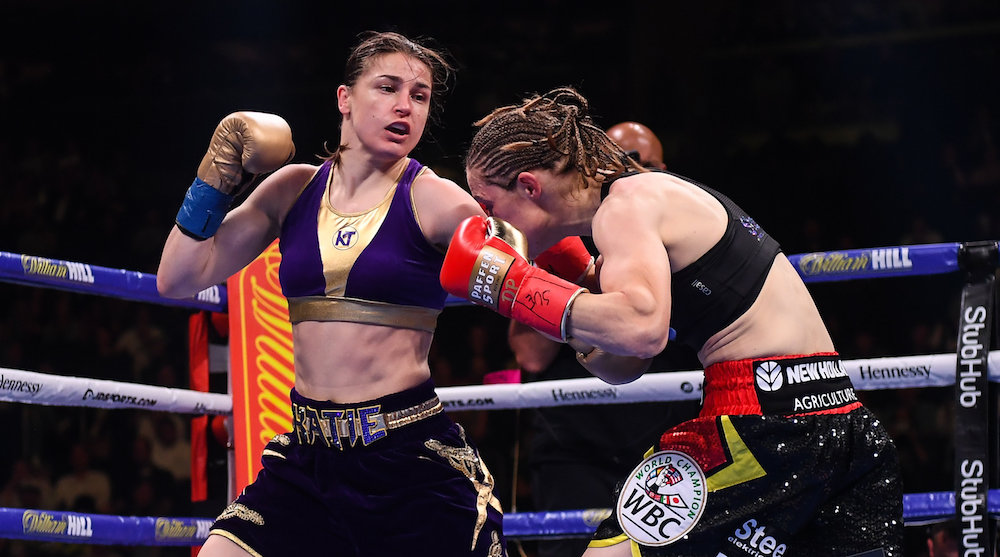 Katie Taylor is the undisputed lightweight champion of the world after collecting her fourth and ...

You may also like
7 months ago
'I never thought, three years ago, I'd be headlining somewhere like the Manchester Arena'
10 months ago
Katie Taylor's next three fights include Delfine Persoon rematch
11 months ago
Carl Frampton on how much a boxer's fight purse is actually worth
11 months ago
"You know what the problem is for female fighters? They can’t make money" - Lou DiBella
11 months ago
'Katie's an Olympic gold medallist who unified the belts but is not getting paid like a man'
11 months ago
Delfine Persoon disgusted at proposed date for Katie Taylor rematch
Next Page