"You have to dream, that's what I done, that's the only advice I've got, no secrets, just keep dreaming and never stop dreaming."

Belfast's Aidan Walsh secured a bronze medal at the Olympics in Tokyo, and would have went on to fight for silver only an ankle injury forced him to withdraw from the tournament.

The southpaw's spirits weren't dampened though, as he has put in so much hard work into achieving this medal and he can't wait to bring it back home.

He is most looking forward to showing the kids at his local boxing, Monkstown, in the hope that it would inspire them to follow in his footsteps, follow a dream and work hard to achieve it.

"I can't wait for them to hold it, feel it and just see it for themselves, like nothing is impossible. 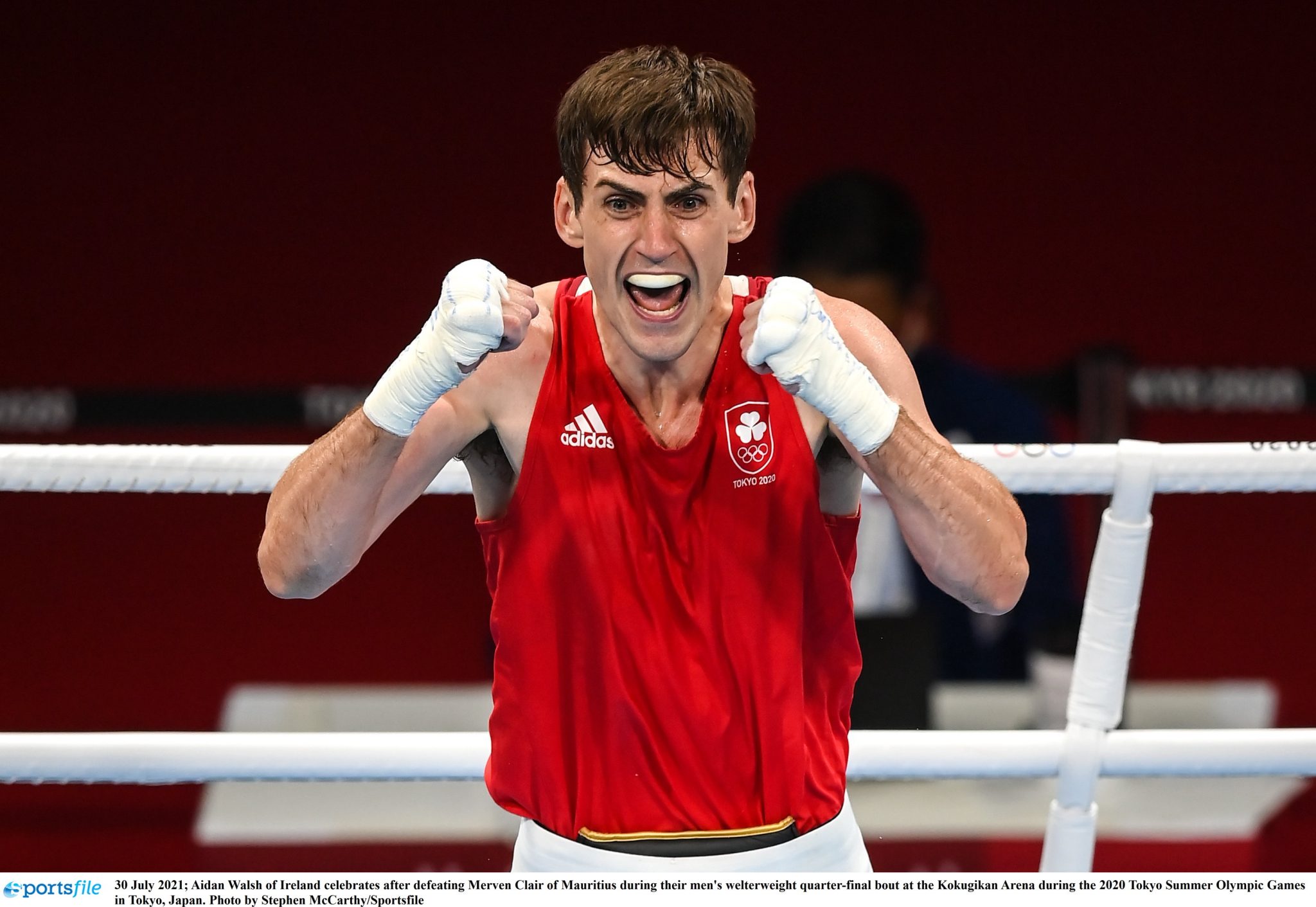 END_OF_DOCUMENT_TOKEN_TO_BE_REPLACED

"I always remember looking at other people's medals and thinking 'that would be great,' but there's nothing stopping anybody from getting it, like no matter what.

"I hope as much kids can hold it, feel it, and I would give it to the kids in the community, they can take it away for the night if they want it, put it under their pillow and dream about it.

"You have to dream, that's what I done, that's the only advice I've got, no secrets, just keep dreaming and never stop dreaming.

END_OF_DOCUMENT_TOKEN_TO_BE_REPLACED

"I'm just a normal guy who happens to be sitting here as an Olympic medalist, I just feel extremely lucky, I'm a human being at the end of the day.

"There's those who have done it before, and I just have to look to them ones and hope they give me advice."