Michael Conlan reveals the secrets of his gruelling training regime

It's the price that must be paid for athletic success, but we still shake our heads when we get presented with the gruelling regimes endured by our top sporting stars.

Michael Conlan was on stage at the Web Summit in Dublin this week  and he gave a window into the sacrifices that are made to become a world champion and the world's top-ranked bantamweight boxer.

'I think we're more professional than the professionals. We're training four days a week in Dublin, twice a day and the sessions are two-hour sessions so that's four hours a day.

END_OF_DOCUMENT_TOKEN_TO_BE_REPLACED

'We're in Dublin four days a week but I train for a full seven or a full six, it depends if I take one day off.'

Here's Conlan's four-day Dublin routine in his own words:

Day 1: First we'll have track in the morning, which is either sprints or a long-distance run. In the evening it'll be hitting bags or pads, which is very high intensity.

Day 2: Strength and conditioning in the morning, either circuits or weights and then that afternoon would be sparring, six or eight rounds. 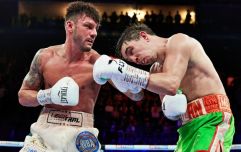 END_OF_DOCUMENT_TOKEN_TO_BE_REPLACED

Day 3: As the week goes on it gets changed around, the run would be in the morning and then sparring that evening, nine or ten rounds.

Day 4: The last day would be five sets of three rounds.

Billy Walsh played a major part in establishing the professional Irish boxing set-up, but while Conlan was disappointed to see him leave in controversial circumstances for a post in America, the 23-year-old reckons those still on the scene are more than capable of continuing the run of success.

'I don't think much will change for me. Zaur Antia is probably the best coach ever based on these shores, and my father is part of the High Performance set-up, and Eddie Bolger, so we had a great team behind Billy and these guys are now going to push us on even more as well. 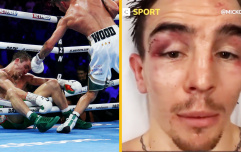 END_OF_DOCUMENT_TOKEN_TO_BE_REPLACED

'Other boxers are seeing some of the fighters do it, like myself and Paddy, and they are striving to be like us, to be the best. It's in our culture to be the best.'

Being the best places some horrific demands on the rest of his life, and the last year has been tough on Conlan as he has spent so much time away from his young family as he travelled to World Series of Boxing events, and the European and world championships.

'This is my life, it is my job,' Conlan says. 'I just have to give everything I can to it, even though I have a family. They understand and they all get behind me and help me and support me a lot.

'But it's been the best year of my life. From January I had the WSB, which was a 14-week stint and it was very demanding, and during that time I was waiting for my baby to be born.

'When she was born I was actually at home, but I had to fly off the morning after she came home. That gave me a bit more of a drive as well, I was gutted but I went away with a bit of life in me and I went over for my next fight and destroyed the guy.

In between that I had a bit of time with her, but then I've been away, so I've been away for about half the year when you add it all up.'


popular
Sean Dyche set to be named Everton manager after Marcelo Bielsa talks break down
Roy Keane flatly rejects longstanding perception of ex-Man United midfielder Paul Ince
Allianz National Football League Round 1: All the action and talking points
Roy Keane leaves ITV pundits in stitches after Pep Guardiola's pre-match interview
Conor McGregor hit by car ‘at full speed’ while cycling
Quiz: Identify these 15 football clubs that are not named after a place
RFU issue statement following backlash over decision to lower tackle height
You may also like
3 weeks ago
Leinster rugby issues apology for playing "Up the RA" song
10 months ago
Michael Conlan falls out of the ring in final round KO defeat to Leigh Wood
10 months ago
Declan Rice sends message to Michael Conlan ahead of world title fight
10 months ago
"I think it's going to be a tremendous fight" - Jason Quigley gives his verdict on Leigh Wood vs Michael Conlan
1 year ago
Michael Conlan on the brink of world title fight as opponent and broadcaster confirmed
1 year ago
Katie Taylor's 2016 Rio defeat deserves further investigation according to corruption report
Next Page