Finish 2019 on a high and Katie Taylor can look forward to at least three blockbuster bouts in 2020.

In November 2016, Katie Taylor shrugged off the disappointment of the Rio Olympics and set her sights on becoming a professional world champion.

Within a year, the Bray native had won the WBA lightweight title. By June 2019 when she defeated Delfine Persoon, in a close, close call, Taylor had run through the entire division.

Winning that bout over the Belgian saw her retain her WBA, IBF, and WBO female lightweight titles and win the WBC belt. It made her the undisputed, lineal lightweight champion too.

What next? Well, Taylor will still have to dip back into the lightweight division to hold onto her gold but her next bout, this Saturday in the 21,000-seater Manchester Arena, is in the junior welterweight division (140 lbs) and there is a WBO belt up for grabs. 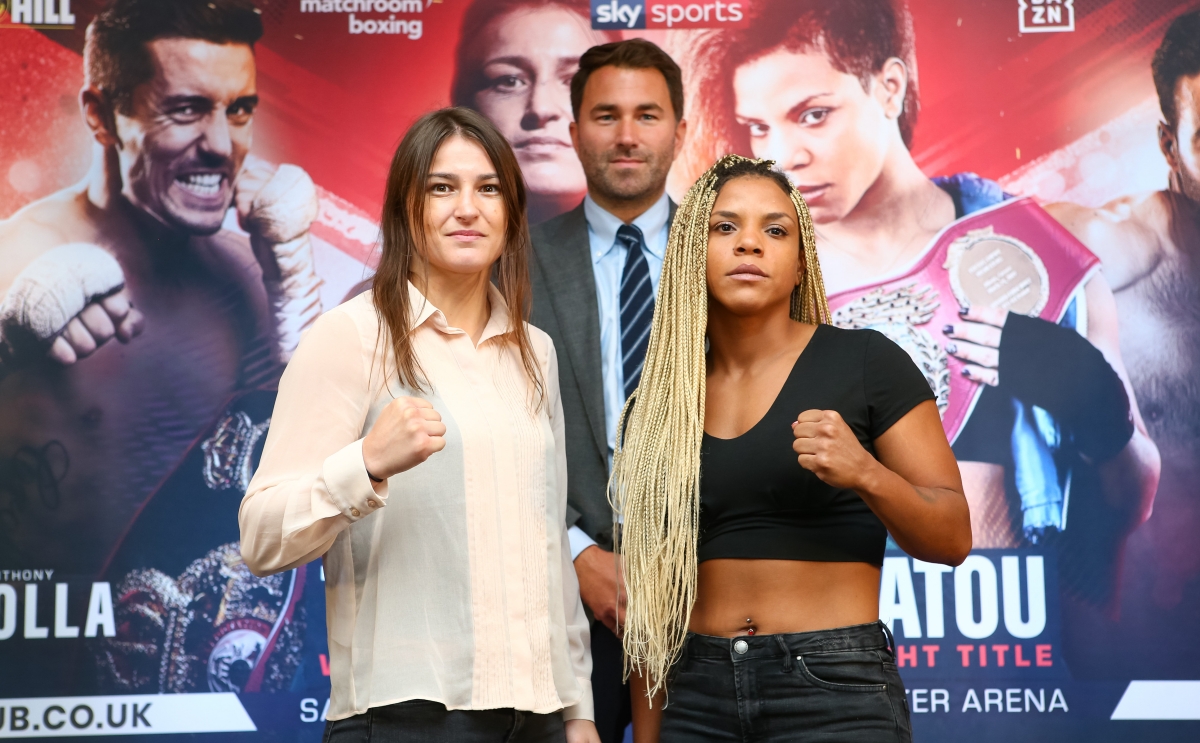 Katie Taylor and Christina Linardatou pose for pictures following a press conference at the Principal Hotel in Manchester. (Dave Thompson/Matchroom Boxing via Sportsfile)

The 33-year-old will take on WBO champ Christina Linardatou at the Manchester Arena on a night that will also see British boxer Anthony Crolla hang up his gloves after a farewell bout.

"This is going to be a tough challenge but the chance to become a two-weight champion is absolutely unbelievable," Taylor told Sky Sports.

"This is history making, only a couple of other people from Ireland has actually done that become a two-weight world champion, so this is a great, great position to be in.

"I'm excited about it, I never thought three years ago when I turned professional that I would be in this position where I could actually headline shows at somewhere like the Manchester Arena."

END_OF_DOCUMENT_TOKEN_TO_BE_REPLACED

Beat the Greek champion on Saturday and Eddie Hearn, one of Taylor's promoters, believes 2020 can smash a lot of the records Taylor has already helped set.

Hearn says the next fights on the horizon for Taylor are a rematch with Persoon, a tilt with seven-weight world champion Amanda Serrano and a super-super fight against undisputed welterweight champion Cecilia Braekhus.

Braekhus is currently mopping up at 147 lbs and she would have to come down at least one weight class to tee up a fight with Taylor, but Hearn is hopeful. "Two undisputed champions together is the kind of thing we want," he declared.


popular
Conor McGregor bought out of Proper 12 whiskey company
QUIZ: How well do you remember the 2010 World Cup?
Sean O'Brien's parting gesture won't soon be forgotten by Scott Penny
WATCH: The only man to score a victory over Jon Jones brutally knocked out by Sokoudjou
Leinster reach PRO14 Final but Ulster have every right to feel aggrieved
The SportsJOE 12 o'clock quiz | Day 312
The top 10 fastest knockouts in UFC history
You may also like
2 months ago
Kate Abdo steals the show at Garcia-Campbell with bizarre compliment
2 months ago
Pricing plan to watch Mayweather vs Paul is suitably ridiculous
3 months ago
Jake Paul KOs former NBA star before calling out Conor McGregor
3 months ago
Sky Sports pundit calls out Katie Taylor during live broadcast
3 months ago
Katie Taylor dismantles Miriam Gutierrez to emphatically retain world titles
5 months ago
UFC should embrace Conor McGregor's proposed new role
Next Page