The judges had it very close with Taylor only winning by one round on two of the scorecards.

It was a 'Fight of the Year' contender as old foes renewed their rivalry, Katie Taylor won their battle at the 2012 Olympics and she just nicked it again here in Manchester for all of the belts in the lightweight division.

Taylor started well, looking the sharper of the two as Natasha Jonas kept a high guard, feet planted and remained patient to find openings. Her patience started to pay off in the third round when she landed a few big shots and seemed to be getting most of her success when targeting the body.

END_OF_DOCUMENT_TOKEN_TO_BE_REPLACED

Taylor recovered though, throwing punches in bunches and Jonas was in danger of the fight slipping away from her as the Bray warrior racked up the points on scorecards.

Round six and seven saw Jonas come to life however, as she landed the cleaner shots and while there was more volume in punches coming from Taylor, few were getting past the Liverpudlian's high guard. 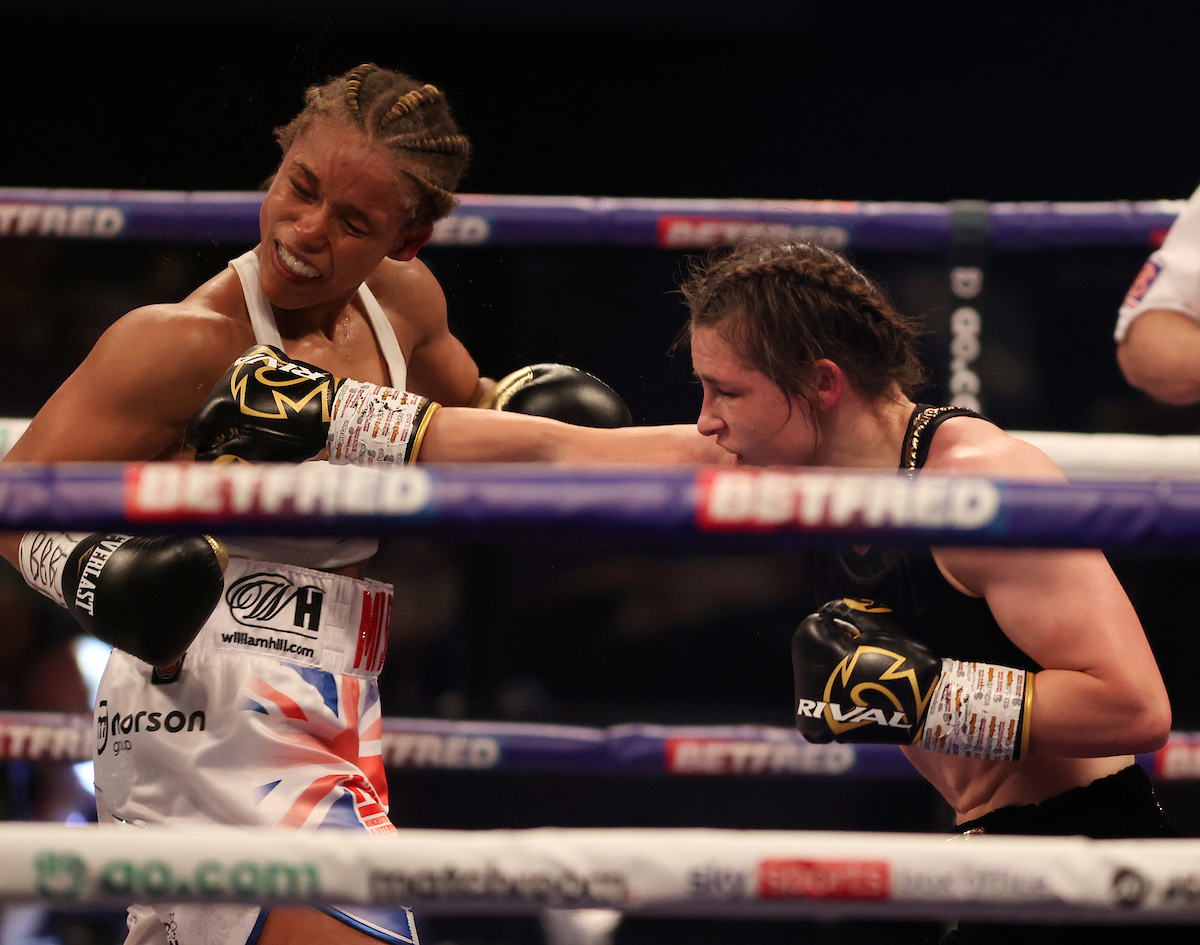 "She's all over the place" screamed Joe Gallagher from the Jonas corner, encouraging his fighter to maintain her impressive pace.

END_OF_DOCUMENT_TOKEN_TO_BE_REPLACED

With the cards very close, it was all to fight for in the last two rounds and both fighters proved how much they wanted it, biting down on their gum shields and trading hell for leather on the inside, every punch with more venom and desperation than the last.

In the end it was the Wicklow warrior's speed and ability to throw combinations in blurry flurries that saw her steal the fight at the death.

"I knew the rounds were close," admitted the Irish fighter. I knew I had to win the last rounds"

Jonas was not deterred by the result and immediately called for a rematch stating that: "I would do a trilogy. I proved that I belong at this level, every time I'm asked to step up, I do."

END_OF_DOCUMENT_TOKEN_TO_BE_REPLACED

Taylor didn't rule it out, replying: "She has everything it takes to be a world champion.

"I would love to see a rematch between her and Terri Harper  and then maybe a rematch for us."

If that's the case, then it's the fans who are the real winners tonight.