A masterclass from the Irish superstar.

Katie Taylor defeated a game but out-classed Miriam Gutierrez at the SSE Arena in London to retain her Undisputed Female Lightweight Championship titles in style.

Taylor had far too much speed, power and fighting nous for Gutierrez and emphatically won on points. The only regret for Taylor was that she could not get the knock-out or TKO finish. The judges gave Taylor the bout - 110-89, 100-90 and 99-91 - and no-one was complaining.

END_OF_DOCUMENT_TOKEN_TO_BE_REPLACED

It was a scene of utter calm in the Taylor dressing room, ahead of the fight, as the Bray boxer had her hands wrapped with her four world titles within touching distance. After a stacked undercard, and just before 11pm, it was second out, round one. 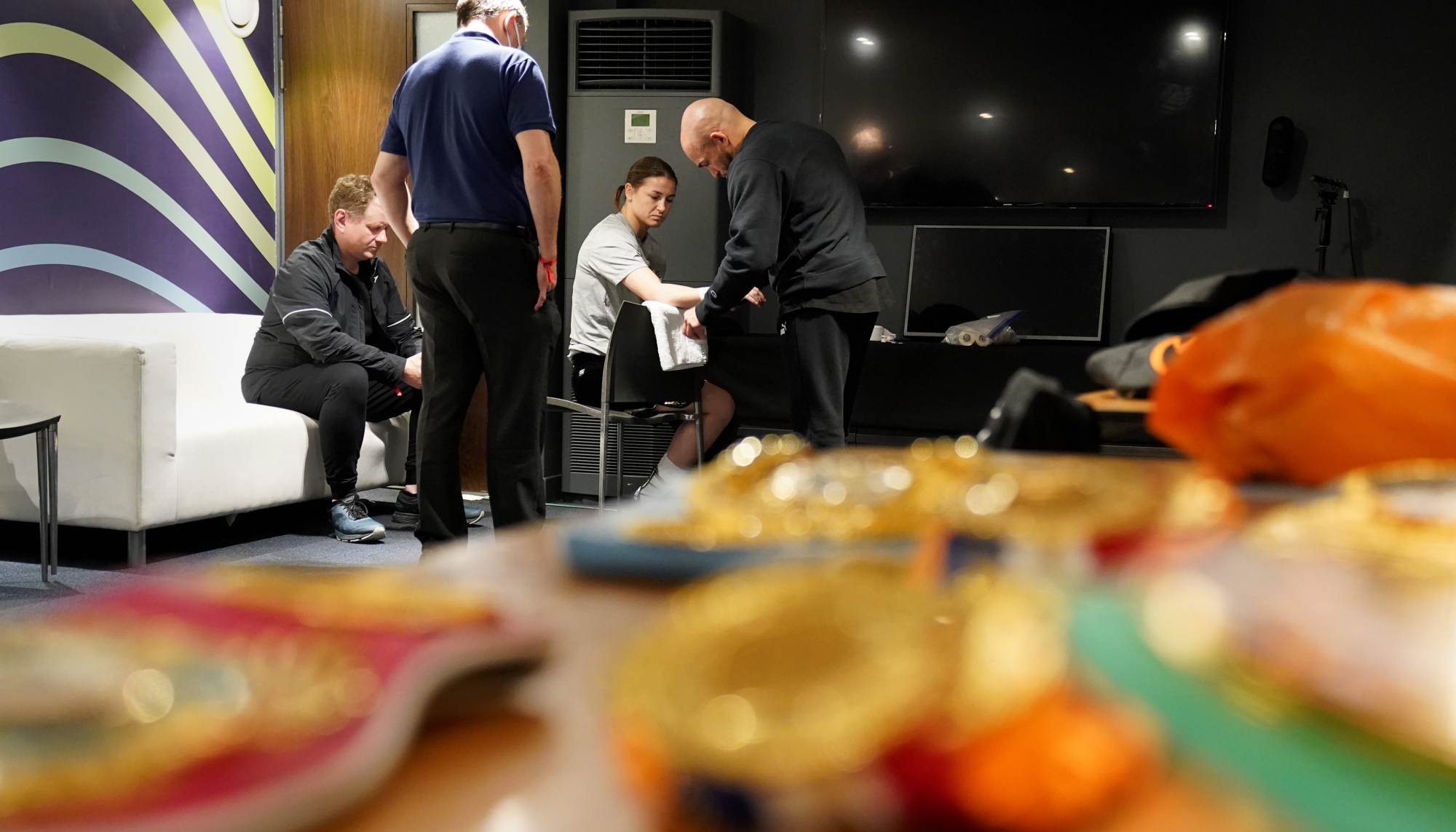 Katie Taylor has her hands wrapped prior to her Undisputed Female Lightweight Championship bout against Miriam Gutierrez at SSE Wembley Arena in London. (Photo by Dave Thompson/Matchroom Boxing via Sportsfile)
Advertisement

Taylor had Gutierrez reeling in the opening 30 seconds as she came out whirring. The champ had her opponent in trouble with a flurry of punches that was punctuated by a stinging right hook and a few crunching body blows.

END_OF_DOCUMENT_TOKEN_TO_BE_REPLACED

The Spaniard, who entered the fight as mandatory WBA challenger, settled into the fight in round two but Taylor was still calling most of the shots, and pocketed that one too.

The fight looked on the brink of being called, midway through the third, as Taylor connected with a thumping left hook before letting her hands go. Somehow Gutierrez clung on and showed steel to make it to her stool in one piece.

The fourth round was more sedate but barely a glove was laid on Taylor, who was picking off her foe with ease. The round ended with Gutierrez crumpling after Taylor kitchen sink-ed it:

END_OF_DOCUMENT_TOKEN_TO_BE_REPLACED

Gutierrez took a standing count of six at the end of the round but on we went. Taylor won round five comfortably but it was not as damaging for the previously undefeated 37-year-old.

Taylor put up an unrelenting pace and Gutierrez took a rake of damage as she skirted and scurried around the ring. No-one could doubt her courage, even as she was being outclassed. Taylor was finding the way through with punishing left hands but it was a right hook, in the eighth round, that rocked her opponent. Still, Gutierrez stood and traded. Still, the fight went on.

The final two rounds were Taylor's and she dominated every minute of a one-sided fight. When the points came in, all three judges agreed that Taylor was as undisputed coming out of the ring as she was entering it.