Jake Paul has called out Jorge Masvidal and Nate Diaz after he secured a savage knockout victory against former UFC champion Tyron Woodley in their rematch on Saturday night.

'The Problem Child' landed a huge overhand right on Woodley in the sixth round, knocking him out cold and ending the fight in devastating fashion.

With much of the fight spent in a clinch, it was the first notable punch of the entire bout - and it was the decisive one for the YouTuber-turned-boxer who moved to 5-0 in his professional career. 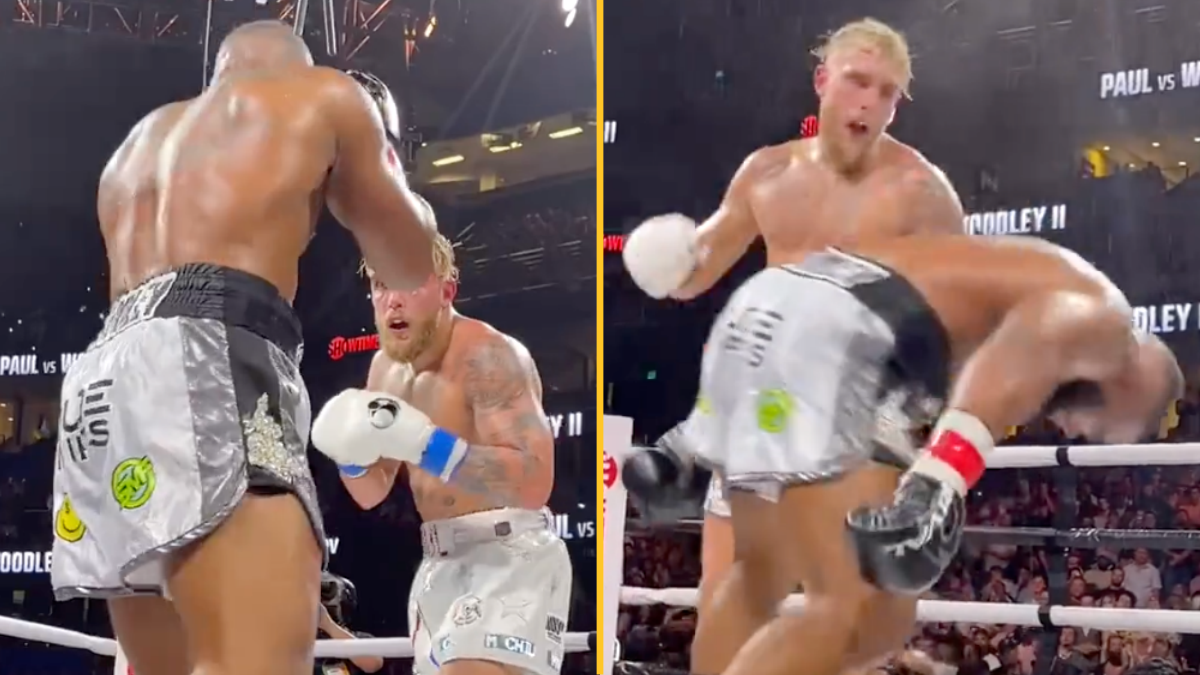 Paul finished the fight with a brutal knockout

Jake Paul won the first bout in Cleveland, Ohio in August, securing victory by split decision. However, the YouTuber-turned-boxer was lucky to avoid a first knockdown in his hometown - with Woodley proving Paul with his first real in-ring test before he went on to continue his winning streak. 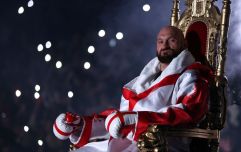 END_OF_DOCUMENT_TOKEN_TO_BE_REPLACED

Woodley came out quick in the first round looking for an overhand right, but he failed to connect. Paul landed with a couple of jabs, but a the majority of the opening three minutes was spent in a clinch - with fans less than impressed with what they were seeing.

Paul made a strong start to the second round, connecting with the first big shot of the fight courtesy of an overhand right. He followed that up with a smart combination, before Woodley returned with his first real punch of the fight. The 'Problem Child' definitely started on top.

The third round saw Paul connect with a couple of right hands, which was quickly followed by an accidental elbow from Woodley - causing a cut to Paul's forehead. With a significant amount of blood coming from his opponent, the former UFC star gained confidence and began unloading on Paul.

Woodley tried to lunge in, but the pair began to clinch once again. Blood continued to stream into Paul's eyes, but The Chosen One remained hesitant in his approach.

END_OF_DOCUMENT_TOKEN_TO_BE_REPLACED

Despite his corner's best efforts, Paul's cut continued to bleed badly after Woodley landed a nice uppercut. The clinching continued, before Woodley basically picked Paul up and threw him onto the floor - leading the referee to warn him against doing it against.

The 39-year-old struggled to find his rhythm, failing to throw enough significant strike in the fourth round, even with Paul struggling to see from the blood running down his face.

Both fighters missed with a big right hand at the start of the fifth round, with the pair then throwing very little between them. The crowd continued to be annoyed with the amount of clinching, but luckily for Paul, his cut didn't appear to open up too much.

Woodley failed to take control when he had a good chance to, with Paul happy to jab wherever he could. The ex-UFC man threw a couple of jabs to the body, but then the pair clinched again. He followed up with a right hand, which again failed to connect.

The fight then saw its first bit of quality when Paul landed a huge over hand right to Woodley, knocking him out cold and ending the fight in devastating fashion.

Following the fight, Paul called out UFC fighters Masvidal and Diaz - two people whom he has gone back and fourth on numerous occasions with in recent months.

Paul also slammed Tommy Fury - who he was initially scheduled to fight - before calling out the pair, who were both in attendance.

"This guy [Woodley] is a legend and respect him for taking the fight on two weeks’ notice. Tommy Fury is a b**** for pulling out of the fight.

"It was a tough fight. I had blood in my eyes. I had the job done. I was setting the punch up the whole fight. He didn’t see it coming. Like a lumberjack, timber.

"It’s got to be the moment of my life. Look at my year. Four fights, four knockouts. Masvidal and Nate Diaz - you are b***** for leaving this arena. I will f*** you up too. Anyone, anytime, any place."


popular
World Cup 2022 Day 14: All the major action and talking points
From Ireland to Argentina: Alexis Mac Allister's Irish roots explained
Shay Given on how far Ireland could've gone at the 2002 World Cup with Roy Keane in the team
Ronaldo finally reveals why he got that hideous haircut
New released footage shows controversial Japan goal against Spain was right to stand
Positive update on Pele's condition as messages of good-will pour in
"Nowadays, even if I don't hit a ball, I don't care as long as we win" - Gleeson learning from the past
You may also like
1 day ago
The SportsJOE Friday Pub quiz: Week 3
2 days ago
France demand FIFA change result of World Cup defeat over 'rule break'
3 days ago
Marcus Rashford reveals the meaning behind his celebration
3 days ago
Cristiano Ronaldo 'agrees £173m-a-year deal' with Saudi club
4 days ago
Canelo Alvarez duped by fake Lionel Messi Instagram post
1 week ago
Saudi fan switch allegiances after Lewandowski's first World Cup goal
Next Page