With understandable frustrations about the main event, Eddie Hearn has revealed the theme for the full undercard of Anthony Joshua vs. Jarrell Miller.

Fight fans were hoping that Joshua would next share the ring with Deontay Wilder, Tyson Fury or Dillian Whyte but circumstances meant that April 13 at Wembley was no longer feasible and the decision was reached to take 'AJ' Stateside to make his US debut.

Challenging Joshua will be 'Big Baby' Miller, an undefeated New Yorker with a record of 23-0-1.

Matchroom boss Eddie Hearn has explained how he hopes to turn the entire fight card on June 1 into Irish and British fighters vs. the world.

While the headliner represents the United Kingdom vs. the United States, Hearn's inclusion of an Irish element has left fans wondering which fighters from these shores will be expected to compete.

Speaking to IFL TV, Hearn said: "There are some other world championship fights I’m looking at as well. Literally, I want ten Brits – and Irish – down one side of the card"

“I’m hoping that, if Katie Taylor can get through (Rose) Volante, maybe we can do the undisputed fight with (Delfine) Persoon for all the belts on that card as well and just create a monster party on June 1."

Taylor is the most high-profile Irish fighter contracted to Matchroom but the Bray boxer may not be the only one to bring about Irish interest in the card. 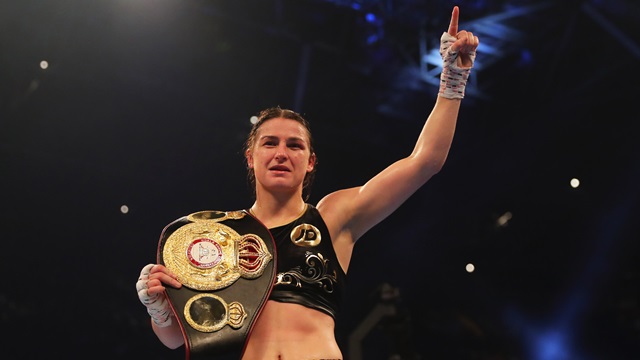 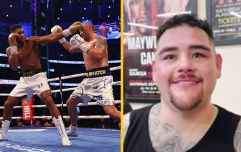 END_OF_DOCUMENT_TOKEN_TO_BE_REPLACED

If the March-June schedule is feasible for Taylor then who's to say that it won't be the same for Jono Carroll, the Dublin-born and Dunshaughlin-raised fighter who will challenge for Tevin Farmer's IBF super featherweight title on St. Patrick's Day weekend? Barring injury and depending on the result, Carroll's inclusion would certainly pique the interest of the healthy Irish contingent in New York.

Belfast's Ryan Burnett is already well on the road to recovery after a severe back injury cost him his WBA bantamweight title last November. He ought to be ready to return to the ring in the summer and itching to rebound from his first career defeat.

Portlaoise's TJ Doheny is also contracted to Matchroom but he is less likely to feature on the undercard of Joshua vs. Miller because he is expected to take part in a unification clash with Danny Roman in April.

With Taylor and Burnett leading the way in terms of probability for the Madison Square Garden show, it might be worth pricing flights to New York but don't go booking anything just yet.


popular
The FootballJOE Pub Quiz: Week 11
Man United's tactical issues summed up in six shocking screenshots
Manchester United players 'lose faith' in Solskjaer after Liverpool pasting
O'Hora and Keegan hammer into each other, both of them only revelling in it
McBrearty has dramatic equaliser ruled out as Naomh Conaill win Donegal grudge game
Jesse Lingard seeks to clear up what United fan shouted when he was warming up
Liverpool's half-time words in Old Trafford dressing room will please fans greatly
You may also like
3 weeks ago
Tyson Fury 'wounded' by Anthony Joshua's loss to Oleksandr Usyk
4 weeks ago
Eddie Hearn involved in heated exchange with fan after Anthony Joshua fight
1 month ago
Professional boxing is on its knees and it might be too late to save it
1 month ago
"I’ve done everything he hasn’t done" - Tyson Fury replies to Anthony Joshua interview in typical Fury fashion
3 months ago
It's finally happening - Anthony Joshua announces his next opponent
4 months ago
Anthony Joshua's lockdown work-out routine seems weirdly achievable
Next Page