Kenneth Egan knows all about what it takes to be successful at the Olympics, having won silver back in 2008.

Dublin's Kellie Harrington went one better however, by beating Beatriz Ferreira in the Olympic final, in the early hours of this morning, and picking up gold.

END_OF_DOCUMENT_TOKEN_TO_BE_REPLACED

Egan was part of the punditry team at the Tokyo Olympics, and alongside Eric Donovan and Peter Collins, the Irishman was ecstatic when Harrington's hand was raised.

The former Olympian was the only one who didn't rise from his chair, but he seemed to be stuck on a loop, clapping his hands and repeating the same word over and over again. 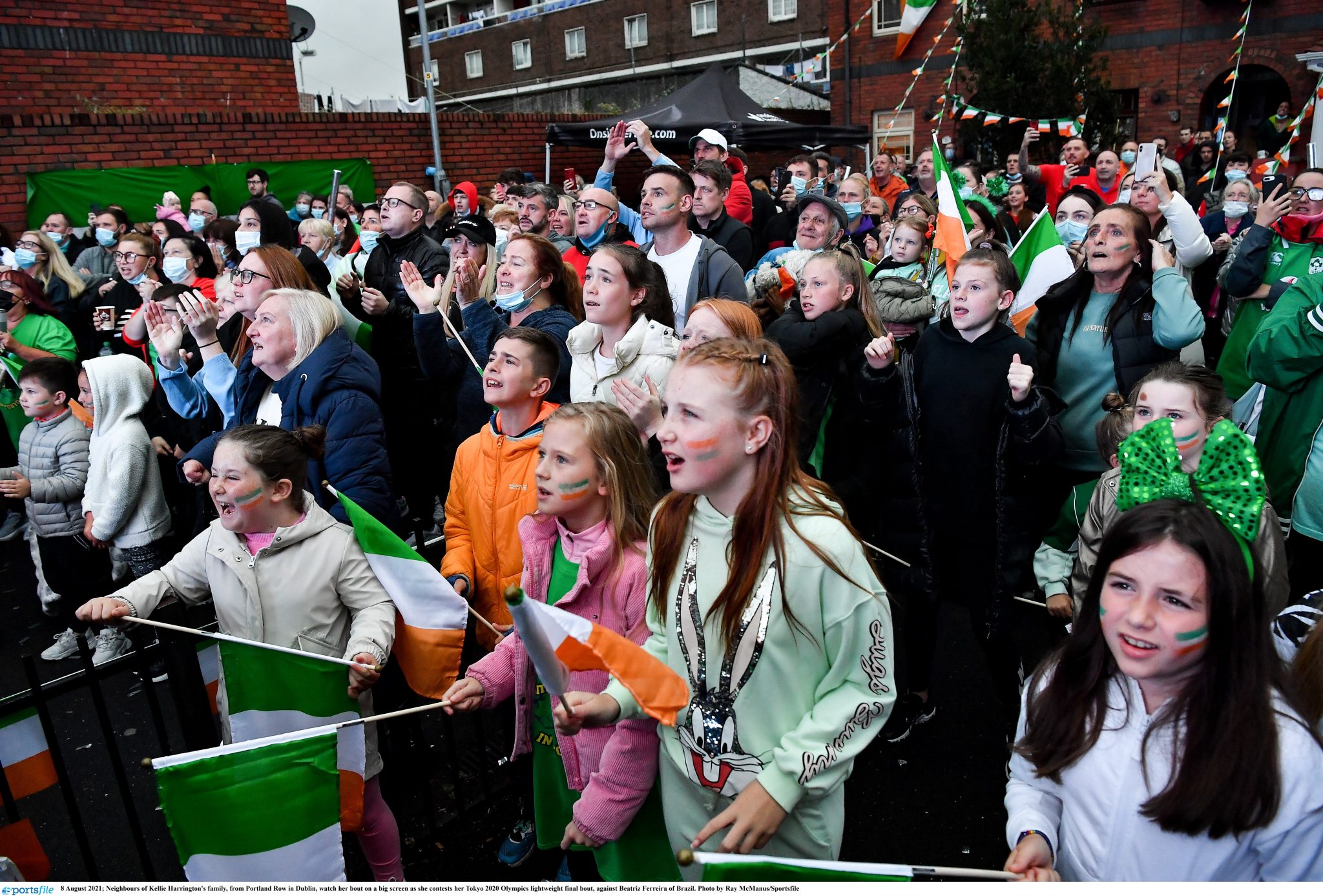 Some people are stuck for words, others are just stuck on one word, but it is totally understandable given the monumental feat that Harrington has just achieved.

In the RTE studios, the pundits looked back on their reactions and Egan compared his own to a certain animal.

END_OF_DOCUMENT_TOKEN_TO_BE_REPLACED

Simultaneously, reactions all over Ireland where even more emphatic, as family members were reduced to tears, and friends screamed with sheer delirium at watching their hero conquer Tokyo.

Even children were up early, with their faces painted green, white and orange, glued to the TV in awe, and jumping with ecstasy at the final bell.

A whole generation will be inspired to take up boxing and follow in Harrington's footsteps.


popular
"Jesus they never shut up, do they?" - What it was like training under Rory Gallagher and Jim McGuinness
Inbetweeners star sends All-Ireland semi-final message to Derry cult hero
"Sometimes a manager has to make those bold and tough calls." - Kerry's Paudie Clifford conundrum
Local press follow the All Blacks but miss out on Tadhg Furlong show
"I'm not sure anyone can do what Gillane can do" - Gillane gets the praise he deserves
Tariq Lampety switches international allegiance ahead of Qatar World Cup
Only die-hard rugby fans will get full marks in our Ireland vs. All Blacks quiz
You may also like
3 weeks ago
Tyson Fury says he's planning on fighting Mike Tyson or The Rock
3 weeks ago
Tyson Fury rubbishes reports he's set to come out of retirement
1 month ago
Anthony Joshua tells students he would 'crack their jaw' after Tyson Fury taunt
1 month ago
Katie Taylor calls Lisa O'Rourke to congratulate her on World Championships win
1 month ago
WBC president pours cold water on Tyson Fury vacating heavyweight titles
1 month ago
Amir Khan announces his retirement from boxing at 35
Next Page