The Irish man has done his country, his county and his community proud.

But Billy Joe Saunders is the new WBO middleweight champion of the world.

END_OF_DOCUMENT_TOKEN_TO_BE_REPLACED

In the first defence of his title, the Limerick native took for Manchester to finally face-off with the undefeated Billy Joe Saunders and he heartbreakingly lost out by a majority points decision, with two judges scoring a win for Saunders, the other scoring a draw.

Saunders knocked the champion down twice in the third round in a flurry that proved crucial considering Lee's unrelenting surge back into the fight.

In a cagey first round, both fighters followed suit with their respectful build-up by not underestimating the other. Lee and Saunders felt their way into an uneventful round before the Englishman caught the champion with a quick right hook that was probably enough to take the first round. 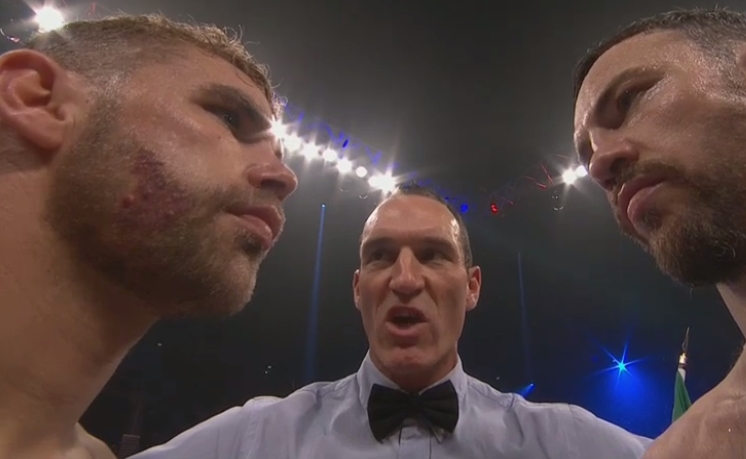 The second was no different. It started slowly, it started respectfully and it was another close encounter. Lee took more initiative though and landed a couple of left hands across his Hatfield counterpart to assert some control in the fight.

The Limerick native wielded that left again in the third and caught Saunders brilliantly but this was the English fighter's round as he he wrestled out of Lee's clutches to floor him not once, but twice. Lee showed serious composure and grit to survive the round having taken eight and nine seconds to recover from two serious right hands. But it was a convincing 10-7 round for the challenger.

Billy Joe Saunders tries to upset Andy Lee as he sends him to the canvas twice in round 3 of #LeeSaunders https://t.co/ehY86tQRKH 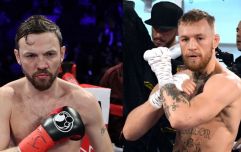 END_OF_DOCUMENT_TOKEN_TO_BE_REPLACED

Experience told in the fourth round. Lee didn't let the fight get away from him and the 31-year-old measured his way back into the bout, avoiding a brawl and came back around by keeping Saunders at bay for the whole three minutes. Incredibly, Lee took the round. A mark of his composure.

Lee was still playing catch-up though going into the fifth, and he shipped another big blow square on the face. Admirably, he took it like you'd expect but he was falling further behind.

The instruction for the sixth from the champion's corner was to step it up. Now. But jabs were Lee's lot really, one body shot aside, and there was nothing really penetrating Saunders who was in control of the fight. So the corner asked for more body blows.

Again though, the round whizzed by with no-one really claiming it and that suited Billy Joe Saunders down to the ground. Lee was running out of time. He was the one who had to go and start winning rounds back. 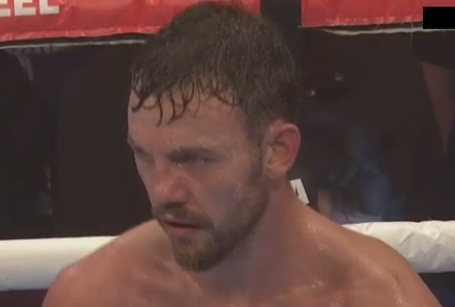 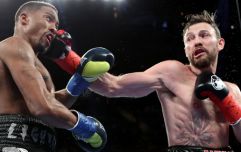 END_OF_DOCUMENT_TOKEN_TO_BE_REPLACED

Round eight and Lee was looking to start coming strong but the biggest problem was that Saunders was in such a good position and not having to work for it. The Englishman played tight and he never left himself open. To his delight, another uneventful round passed with just four to go. Maximum.

No doubt about it, the champion was in a rhythm. He was boxing well but, crucially, he was chasing. His jabs were on the money and, in the ninth, he found a hole to let Saunders feel the full brunt of his left. Not that he would let on he felt it.

Lee was still in need of points. A suckerpunch of a right to Saunders' ribs would've looked after that but both fighters were landing as fatigue began to tell.

But if Saunders was going to take the WBO middleweight title, he was going to have to earn it and, in the 11th, it was all Lee again as his late surge started to worry the Manchester crowd. Apart from those who were singing "Olé Olé" of course.

In the 12th and final round, the big punches were unleashed. Lee stepped closer to Saunders, Saunders began backtracking as he looked for the safety of the bell, gambling that he was still ahead in the fight. If Lee was missing, Saunders wasn't coming back at him and the onslaught continued from the Limerick legend.

Lee shadowed Saunders all over the ring as the Englishman had no real interest in taking the final round and, as it was, it was Lee who took it again but, as customary, both fighters celebrated on the bell.


popular
Shane Walsh: 'That's not how I was coached to play football. No one was coached to play football that way'
Spicy Donegal semi-final the highlight of a rip-roaring weekend of GAA on the tv
Lynch keeping his uncle's memory alive through his hurling
Seven exciting Ireland prospects pushing for November squad inclusion
"Ah, come on!" - Richie Sadlier and Didi Hamann couldn't even agree to disagree on Griezmann's red
Derry club win county final factfile games with extravagant set of jobs
"Where Johnny Sexton is so important to us now is being able to pass the baton"
You may also like
4 years ago
Andy Lee is painfully honest on what defeat this weekend could spell for his career
4 years ago
Andy Lee has revealed when he plans to retire
4 years ago
Andy Lee on hand with perfect replacement for Katie Taylor fans
4 years ago
How Conor McGregor's greatest strength would not translate to the boxing ring
4 years ago
Andy Lee makes a great case for Conor McGregor to win sportsperson of the year
5 years ago
Andy Lee would not back down from Gennady Golovkin test as he plans comeback
Next Page