Frank Warren thinks he would beat Eddie Hearn in a fight despite height, weight and age disadvantage

They've verbally sparred on several occasions in the past but Frank Warren believes he would have the beating of Eddie Hearn if their rivalry came to blows.

The closest Warren and Hearn have come in the past to direct competition has been scheduling clashes, which most recently took place when Hearn slated a rematch between Dillian Whyte and Dereck Chisora for the same night as Warren's Josh Warrington vs. Carl Frampton show.

Warren slammed the decision, noting that it only served to detract from both events.

END_OF_DOCUMENT_TOKEN_TO_BE_REPLACED

Given that both Hearn and Warren are in the fight business, the question of who would come out on top if things were to get physical was put to the latter during a recent interview.

"But lock us both in a room and I think I’ll come out on top."

Most of the communication between Warren and Hearn has taken place in the media, with Warren admitting that "I’ve never had a conversation with him." 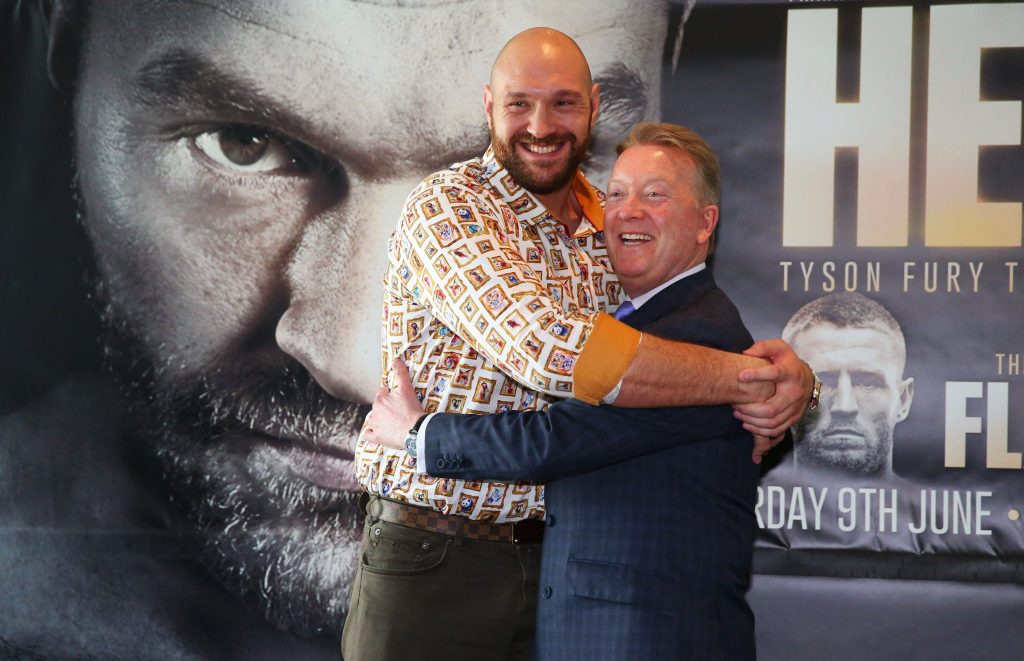 END_OF_DOCUMENT_TOKEN_TO_BE_REPLACED

Fury vs. Joshua currently looks a million miles away for a variety of reasons and Warren doesn't expect that to change any time soon.


popular
The FootballJOE Pub Quiz: Week 11
Man United's tactical issues summed up in six shocking screenshots
Manchester United players 'lose faith' in Solskjaer after Liverpool pasting
McBrearty has dramatic equaliser ruled out as Naomh Conaill win Donegal grudge game
O'Hora and Keegan hammer into each other, both of them only revelling in it
Jesse Lingard seeks to clear up what United fan shouted when he was warming up
Liverpool's half-time words in Old Trafford dressing room will please fans greatly
You may also like
2 weeks ago
Deontay Wilder's trainer reveals why Wilder refused to show respect to Fury after defeat
2 weeks ago
Tyson Fury's message to Deontay Wilder in 2017 has aged like a fine wine
2 weeks ago
Tyson Fury raves into the night in Las Vegas club after knocking Wilder out
2 weeks ago
Deontay Wilder refused to shake Tyson Fury's hand after titanic tussle in Sin City
2 weeks ago
Eddie Hearn claims Anthony Joshua is 'obsessed' with winning rematch against Usyk
2 weeks ago
Tyson Fury insists that his weight "doesn't matter" ahead of weigh-in for Deontay Wilder fight
Next Page