It looks like we're going to have to wait a while longer to see an undisputed heavyweight champion.

Anthony Joshua already has Wembley pre-booked for April 13 next year but it now seems very unlikely that he will share the ring with WBC heavyweight champion Deontay Wilder until late 2019 at the earliest.

Wilder looks destined for an immediate rematch with Tyson Fury due to the controversial nature of the pair's split draw in Los Angeles last weekend. 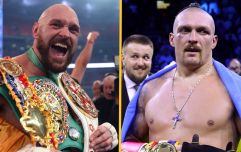 END_OF_DOCUMENT_TOKEN_TO_BE_REPLACED

Joshua has been criticised by some for turning down the opportunity to be ringside at the Staples Centre for Wilder vs. Fury and promoter Eddie Hearn has recently hinted at a wildcard opponent for 'AJ' next.

If Fury or Wilder isn't up next for Joshua, many expected Dillian Whyte to be in the driving seat for a rematch with 'AJ' if he manages to get past Dereck Chisora later this month. 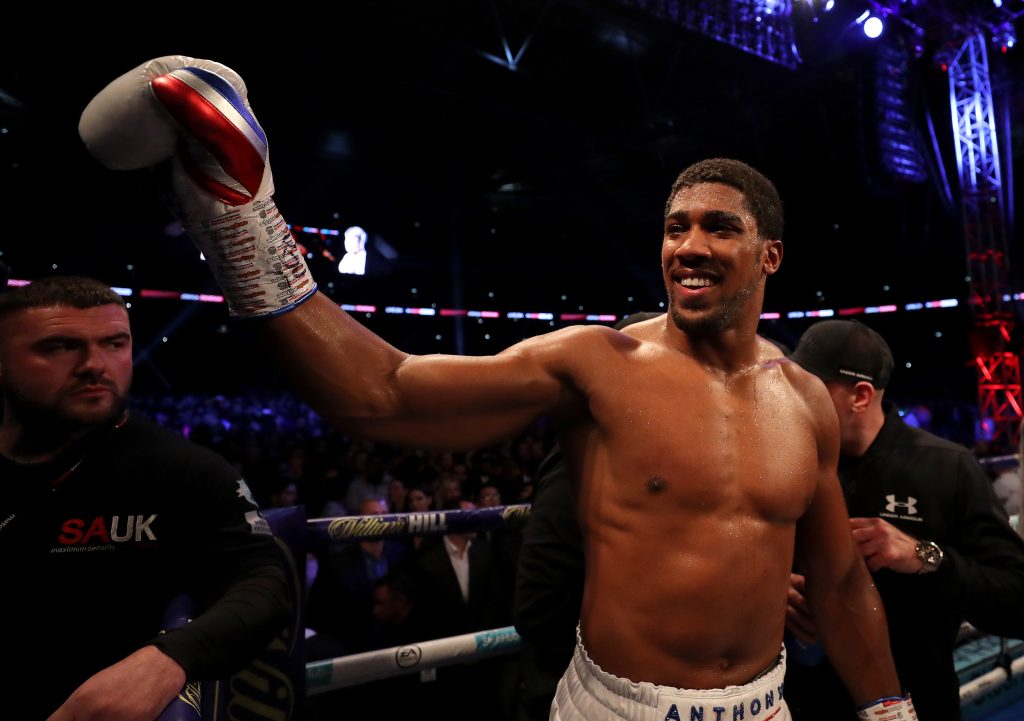 But Fury's promoter Frank Warren has heard otherwise and has revealed the opponent he believes Joshua will share the ring with in April.

END_OF_DOCUMENT_TOKEN_TO_BE_REPLACED

Speaking to the Daily Star, Warren claimed that Matchroom and Sky are aiming to match 'AJ' up with cruiserweight champion Oleksandr Usyk, who recently sent Tony Bellew into retirement.

"I am now hearing Joshua’s next opponent for April 13 is not going to be Dillian Whyte and will be Oleksandr Usyk, let them get on with it," Warren said.

"This right here [Fury vs. Wilder] was the best heavyweight fight, ironically, since the Lennox Lewis vs. Vitali Klitschko fight that was in the same Staples Centre venue in 2003.

"I know why they want to fight Usyk, he is a smaller guy and not much of a puncher.

END_OF_DOCUMENT_TOKEN_TO_BE_REPLACED

"This rematch is the fight boxing fans want to see. Tyson was robbed of a historical moment, he is the people's champion, we will put it right.

"I want it in the UK, Tyson has been saying he wants it in Manchester but I reckon we would only get a draw there too."


popular
Matt Williams wants two changes and Peter O'Mahony benched for Ireland vs. France
"Remember that name" - Sonny Bill Williams raves about Ireland U20 star after outrageous try assist
Peter O'Mahony reaction to Liam Williams scuffle shows he may finally be mellowing
Ireland vs Wales: All the big talking points, moments and player ratings
Two changes as familiar faces return to our Ireland team to face France
The two reasons why Aidan O'Shea's performance against Armagh was his best in ages
Allianz National League Round 2: All the action and talking points
You may also like
3 months ago
Tyson Fury storms off podcast following foul-mouthed rant at host
3 months ago
Tyson Fury set for heavyweight showdown in Tottenham Hotspur Stadium
4 months ago
Tyson Fury says Anthony Joshua fight is back on in shock U-Turn
4 months ago
Anthony Joshua responds to Tyson Fury's contract ultimatum
4 months ago
Eddie Hearn sues Jake Paul for $100million following bribe allegation
4 months ago
Anthony Joshua accepts 'all terms' to fight Tyson Fury
Next Page