Now this is a fight! Oleksandr Usyk has already cleaned up at Cruiserweight, unifying the entire division, collecting every belt, before moving up to Heavyweight.

Now he has the chance to unify the 'big boys' weight category as he takes on Anthony Joshua at the Tottenham Hotspur Stadium in London on Saturday September 25, live on Sky Sports Box Office.

END_OF_DOCUMENT_TOKEN_TO_BE_REPLACED

With Tyson Fury tied up with his Deontay Wilder rematch, this is the best boxing fans can hope for, and it is a doozy of a fight.

Both boxers have won gold medals at the Olympics, both are seeking to become the first undisputed heavyweight champion ever, and now they finally meet on this collision course to glory.

"The date is set and we are fully locked in," said Joshua. "September 25, Tottenham Hotspur Stadium, I put it all on the line again and it's time to defend my crown. 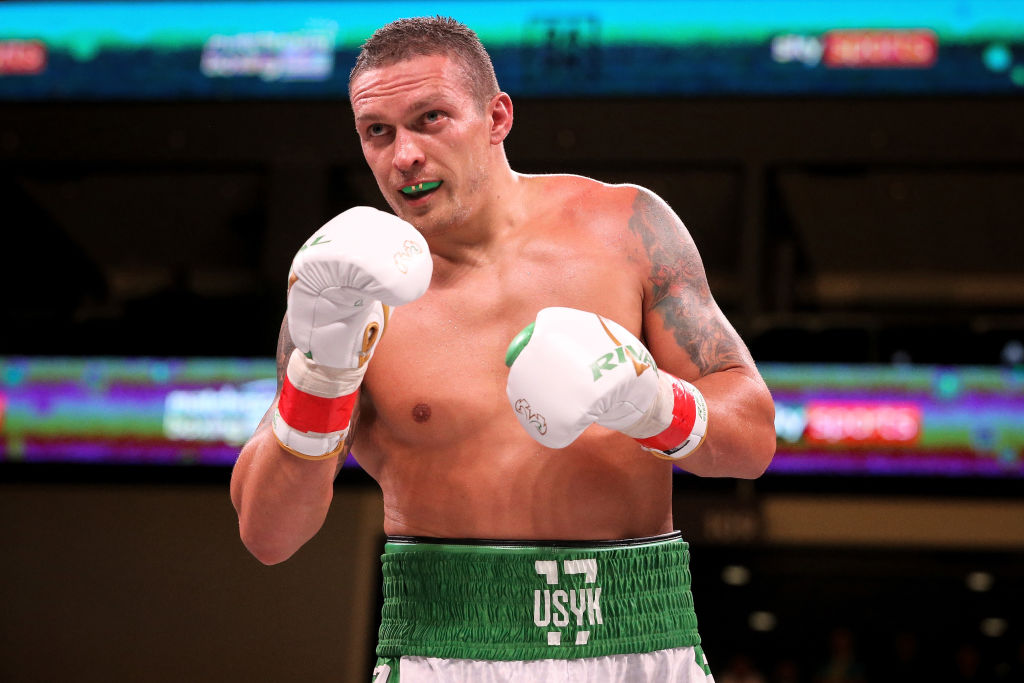 CHICAGO, ILLINOIS - OCTOBER 12: Oleksandr Usyk of Ukraine looks on in the sixth round of his Heavyweight bout against Chazz Witherspoon at Wintrust Arena on October 12, 2019 in Chicago, Illinois. (Photo by Dylan Buell/Getty Images)

"We are two Olympic gold medallists who have fought our way to the top and never avoided challenges.

"The stadium is exceptional, the atmosphere will be electric, I'm honoured to be the first person to fight in such an awe-inspiring venue. The stage is set and I am ready to handle business."

Daniel Levy, chairman of Tottenham Hotspur, said: "This is a huge occasion for Tottenham Hotspur Stadium - Anthony Joshua is an icon in the world of sport and to have him fight here in London N17, against a top opponent in Oleksandr Usyk, will be amazing for the area of Tottenham.

"This event will once again showcase the stadium's ability to take the hosting of world-class sporting occasions to the next level - we cannot wait for September 25."


popular
Inbetweeners star sends All-Ireland semi-final message to Derry cult hero
"Jesus they never shut up, do they?" - What it was like training under Rory Gallagher and Jim McGuinness
Only die-hard rugby fans will get full marks in our Ireland vs. All Blacks quiz
Dublin edge Kerry in combined team as 'underdogs' get the nod on paper
"Sometimes a manager has to make those bold and tough calls." - Kerry's Paudie Clifford conundrum
Local press follow the All Blacks but miss out on Tadhg Furlong show
Your guide to a massive weekend of sport and how to stream it all
You may also like
1 week ago
Anthony Joshua says he will be a "boxing legend" if he wins Usyk rematch
3 weeks ago
Tyson Fury says he's planning on fighting Mike Tyson or The Rock
3 weeks ago
Tyson Fury rubbishes reports he's set to come out of retirement
1 month ago
Anthony Joshua tells students he would 'crack their jaw' after Tyson Fury taunt
1 month ago
Katie Taylor calls Lisa O'Rourke to congratulate her on World Championships win
1 month ago
WBC president pours cold water on Tyson Fury vacating heavyweight titles
Next Page