The Conor McGregor hype train is coming back.

The Dubliner will be visiting London as part of his world tour to promote the Floyd Mayweather fight.

It's expected to be a spectacle and for the many fans that simply will not be able to afford to attend the actual fight because of the crazy ticket prices, it is the next best thing.

The two fighters will be at the SSE Arena Wembley on Friday and tickets are free of charge. 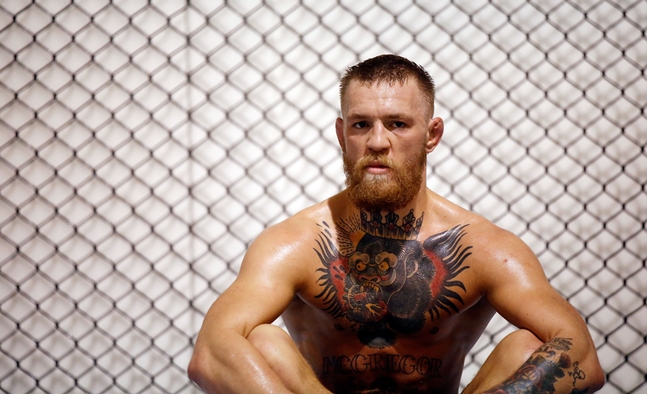 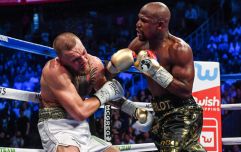 END_OF_DOCUMENT_TOKEN_TO_BE_REPLACED

They will be available from 12 pm on Tuesday with it limited to four per person and will be distributed on a first come first serve basis.

London will be the last stop in the four-city tour with the fighters visiting Los Angeles, Toronto anBrooklyn all in consecutive days.

Tickets will be available from the venue's official website.


popular
Rangers legend says he and Roy Keane didn't speak during Man United spell
Chris Sutton praises and throws subtle dig at Rangers after Europa League final loss
The coolest customer in hand-ball hoping to carry on the family tradition for Kilkenny
Rhodri Giggs accuses Gary Neville of hypocrisy over Salford sacking
FootballJOE's Career Path Quiz: #6
"I think there are only five Kilkenny players who are guaranteed to start on any given day" - Cody's motivational methods
Oli McBurnie: Police investigating video of alleged 'stamp' on Nottingham Forest fan
You may also like
4 years ago
One problem with Dana White's comments regarding Money Fight PPV buys
4 years ago
Only world title won on McGregor-Mayweather card has been vacated
4 years ago
Michael Bisping destroys the training methods Conor McGregor used to get fit
4 years ago
Jose Aldo has an alibi for cruel reaction to Conor McGregor vs Floyd Mayweather
4 years ago
'Mild traumatic brain injury' linked with Conor McGregor loss to Floyd Mayweather
4 years ago
Conor McGregor's first post since his defeat to Floyd Mayweather is the epitome of class
Next Page