"That’s the only big fight I would have."

The light-middleweight was a punditry duty for DAZN as Taylor fought Serrano in what was labeled 'the biggest women’s boxing match in history.' 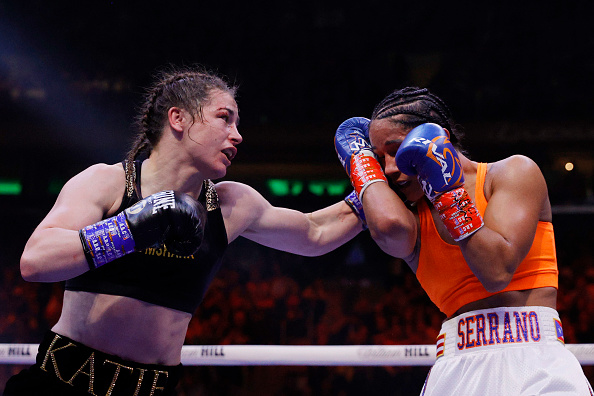 END_OF_DOCUMENT_TOKEN_TO_BE_REPLACED

Shields said her weight class does not provide her with fights that will challenge her to the extent that Taylor and Serrano pushed each other.

The 27-year-old suggested 140 pounds as a potential catchweight for a super fight, however, Shields then admitted she could not make that weight.

END_OF_DOCUMENT_TOKEN_TO_BE_REPLACED

“I would love to fight in a place like this, in half the atmosphere that it had tonight. But I really don’t think, with my skill set, that I have somebody that can challenge me in that way," Shields said on DAZN.

“The only thing that will happen is if I was to make 140 (pounds) and fight against Katie Taylor, or Amanda Serrano. That’s the only big fight I would have. But I’m telling you now I can’t make 140.”

Shields discusses her next fight.

END_OF_DOCUMENT_TOKEN_TO_BE_REPLACED

Shields is preparing to fight Savannah Marshall in Newcastle, although, the American feels she's the only draw for the bout.

The two-time Olympic gold medalist says there's no comparison between the pair, with Shields stating "I'm way ahead of her."

“The build-up with Savannah Marshall is big, but she’s not as decorated as Katie Taylor. I’m the decorated one, I’m the one who everybody knows," Shields added.

“I’m not trying to knock Savannah Marshall but, I’m a 12-time world champion. You cannot compare her to me. No Olympic gold medals, no Olympic medals, not even bronze. I’m way ahead of her." 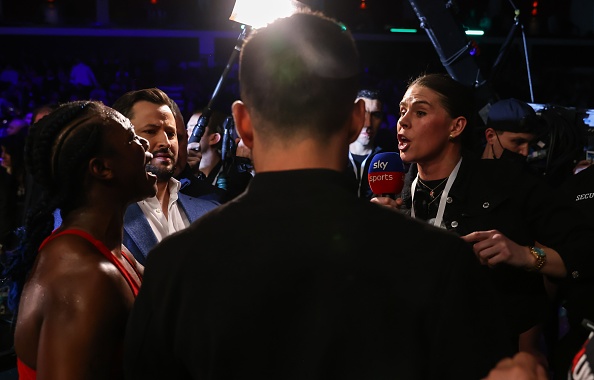 
popular
Ireland set for 82,000-seat World Cup opener as Arsenal reject huge Katie McCabe bid
"Every team did it!" - Paul O'Connell on Roy Keane comment to Ronan O'Gara that he couldn't deny
Owen Farrell praises Johnny Sexton in revealing interview ahead of Six Nations
Everton release brutal 59-word statement to confirm Anthony Gordon departure
"It's crazy to think Bundee Aki might come straight in and start against Wales"
Shane Lowry confirms amicable split from caddie after four and a half year partnership
Two Ireland stars included in Premier League's 'young English XI'
You may also like
1 week ago
Chris Eubank admits that he regrets "ugly build-up" to fight with Liam Smith
1 week ago
Liam Smith throws uppercut from the gods to stop Chris Eubank in fourth round
1 week ago
Floyd Mayweather announces his first ever UK fight at the O2 Arena
1 week ago
Liam Smith asks Chris Eubank if he is gay in the most bizarre press conference you will ever see
1 week ago
This weekend boxing fans finally have a real fight to watch that isn't wannabe YouTubers
2 weeks ago
Chris Eubank Jr destroys Conor Benn with brutal tweet
Next Page