The chances of Michael Conlan fighting again in an AIBA-sanctioned event were already close to nil after his controversial defeat to Vladimir Nikitin in the Olympic bantamweight quarter-finals.

His post-fight comments made his feelings clear on the International Boxing Association.

END_OF_DOCUMENT_TOKEN_TO_BE_REPLACED

"They’re fucking cheats. That’s me. I’ll never box for AIBA again. They’re cheating bastards who are paying everybody," said the Belfast boxer in a memorable post-fight interview on RTÉ.

Immediately prior to stepping in front of that microphone, before getting out of the ring, a furious Conlan had stuck his middle fingers up at the judges in an image that would have been the most iconic Irish image of a difficult Olympic Games if it were not for a dawn raid on Pat Hickey's hotel room.

END_OF_DOCUMENT_TOKEN_TO_BE_REPLACED

Well it seems that gesture of frustration from Conlan has landed him in hot water with AIBA president Ching-Kuo Wu, who described the actions as "totally unacceptable".

"You cannot humiliate people. They are officials. He put himself in a difficult position, I can tell you. A lot of disciplinary action will follow. You should show proper behaviour. If you are not happy about the result, you cannot humiliate in public our referee-judges," said Wu.

END_OF_DOCUMENT_TOKEN_TO_BE_REPLACED

Remember that one of those "referee-judges", namely the referee of the Conlan-Nikitin fight was sent home - Algeria's Kheira Sidi Yakoub among six officials to be removed from Rio roster following outcry over results involving Russian fighters.

However Wu insists that he will show "no mercy" to any corrupt officials, asking for evidence of any malfeasance.

I asked AIBA President Wu about the constant corruption accusations faced by AIBA. He simply asks for proof. pic.twitter.com/dI8UbTRIe8

With yet more outcry on Sunday night following the defeat of Joe Joyce in the super heavyweight final, Wu moved to remind people that judging is subjective.

Whatever your opinion of Olympic judging, AIBA President Wu emphasized this repeatedly: pic.twitter.com/jgBYhgYaTH

"Zero tolerance. We don't hide anything. Any mistake, we correct immediately. That's our way."

So Conlan loses a controversial fight, claiming his coaches new a fix was in days in advance, his opponent is too badly injured to contest his semi-final and the referee is sent home. 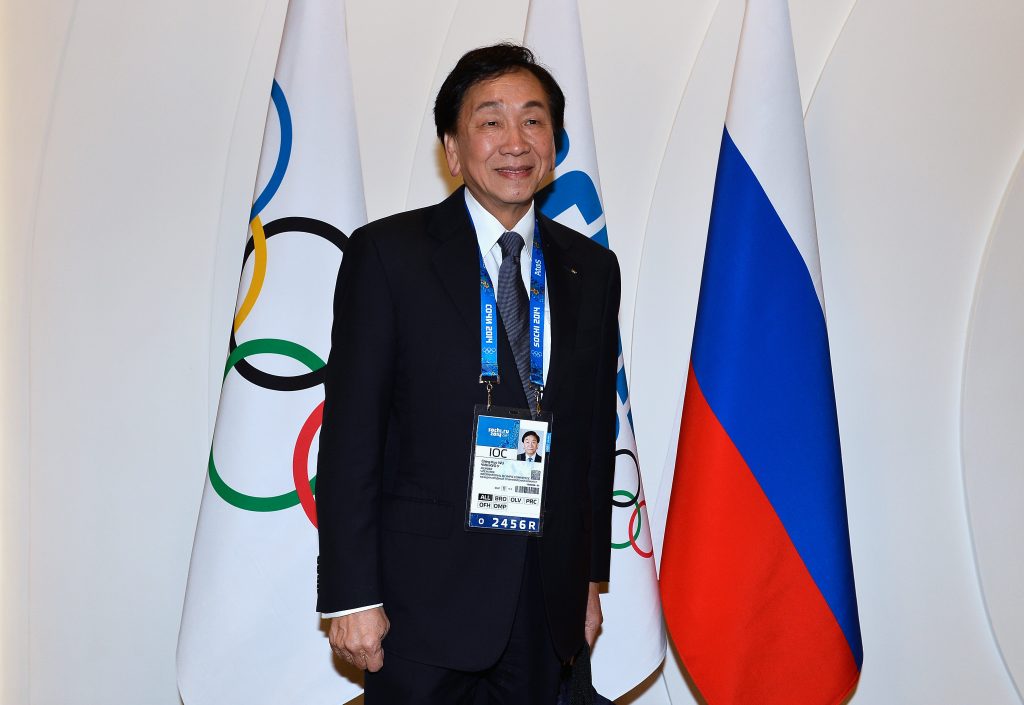 How do the AIBA move to "correct immediately"?

By threatening Conlan with disciplinary action for sticking up his fingers at the judges.

Would you blame him for turning pro in the morning?

Listen to our big interview with Eamon McGee in the latest GAA Hour. Subscribe here on iTunes.


popular
"He rode him like a machine rather than a racehorse" - Mullins doesn't spare Townend as second string come good
"Remember that name" - Sonny Bill Williams raves about Ireland U20 star after outrageous try assist
Matt Williams wants two changes and Peter O'Mahony benched for Ireland vs. France
Peter O'Mahony reaction to Liam Williams scuffle shows he may finally be mellowing
Ireland vs Wales: All the big talking points, moments and player ratings
Warren Gatland says Andrew Porter needs 'kick up backside' after flashpoint tackle
"The truth is I've never actually worked a day in my life" - Russell bows out on his own terms
You may also like
4 years ago
Military coups, AK47s and gold medals - the remarkable story of how Ben Ryan guided Fiji to Olympic Sevens glory
5 years ago
Michael Conlan's embracing the lowest point of his career and making it his own
6 years ago
Ireland loses Olympic sailor Saskia Tidey to Team GB ahead of Tokyo 2020
6 years ago
It seems there was just one problem with O'Donovan brothers' appearance on Graham Norton
6 years ago
WATCH: O'Donovan brothers had a Hollywood actress entranced on The Graham Norton Show
6 years ago
WATCH: Ireland's bittersweet sporting year summed up perfectly by top betting surprises
Next Page