Andy Lee: The UFC is for the instant gratification/YouTube video watching generation

OFFICIAL: Andy Lee is not fully aboard the mixed martial arts bandwagon.

The WBO Middleweight champion has revealed that he supports fellow countryman Conor McGregor when he fights but that he isn't a fan of the UFC in general.

"I’m a big fan of his [McGregor's]," Lee told Second Captains. "I’m not a big fan of the UFC but I’d watch his fights. I think the UFC is more for the instant gratification kind of generation. The YouTube video watching generation.

END_OF_DOCUMENT_TOKEN_TO_BE_REPLACED

"Where you’re in, two guys fight each other and it’s over quickly. It’s a quick pay-off, whereas with boxing it’s more of an investment and sometimes you don’t always get the pay-off. But you have to appreciate what you’re watching in terms of artistry and the history attached to boxing." 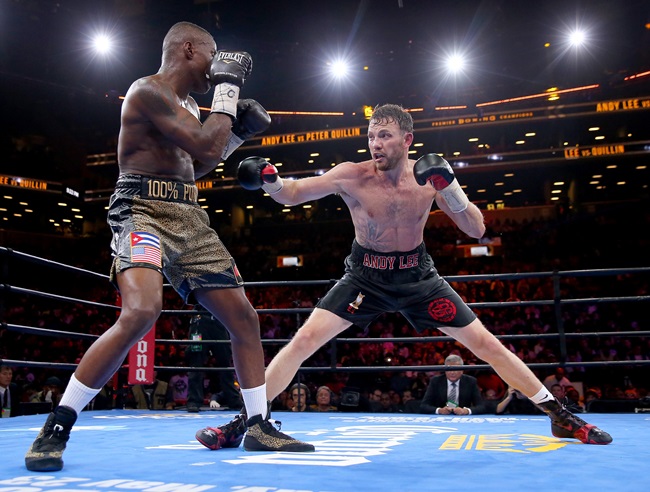 Lee does admit, though, that he admires the superior organisation on display in the UFC.

When asked if he'd consider adopting the trash-talking style of McGregor in order to hype fights, the Limerick fighter revealed that it's just not his style.

"He's a phenomenon. But for me to start carrying on like that it would be out of my character and people would be like 'what is he doing?' But he’s done great for himself in what he has created. It’s a cultural phenomenon, isn’t it? More people know about UFC in Ireland and it’s because of him. Before him it was a niche sport." 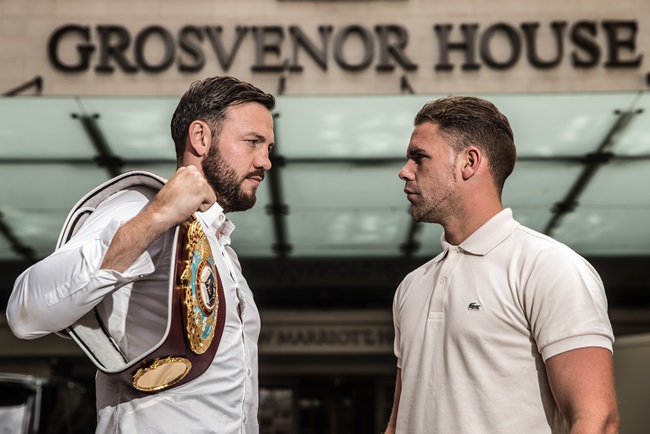 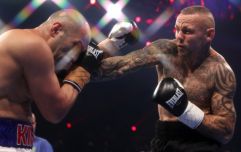 END_OF_DOCUMENT_TOKEN_TO_BE_REPLACED

While we'd argue that the UFC hasn't been a niche sport in over ten years, Lee's always going to defend his sport over another.

Lee will go head-to-head with an MMA event in Ireland for his next title defense as his bout with Billy Joe Saunders is slated for Thomond Park on September 19, the same date that BAMMA 22 takes place in Dublin but we're sure he'll have no problem selling tickets for his historic homecoming fight.


popular
"I've had stick my whole career" - Mike McCarthy on 'Plastic Paddy' jibes and singing the anthem
Roy Keane explains why Ireland didn't 'tie down' Declan Rice and Jack Grealish
Roy Keane has his say on Stephen Kenny's performance as Republic of Ireland manager
'Go and get a job' - Ronnie O'Sullivan responds to Shaun Murphy's amateur player comments
"Just brilliant" - Alex Goode backs Caelan Doris for 'Best Player' award
BT Sport release statement as Chris Sutton is denied access to Ibrox again
'Joe Schmidt would do wonders with the All Blacks'
You may also like
2 weeks ago
Ian Garry on the message he received from Dublin GAA star before his UFC win
2 weeks ago
Conor McGregor posts emotional 5-minute voice message to Ian Garry after UFC debut win
3 weeks ago
"The Irish are back, baby!" - Ian Garry pays tribute to McGregor after UFC victory
3 weeks ago
Dublin's Ian Garry scores sensational knock-out win at UFC 268
1 month ago
UFC star Paddy Pimblett "kicked out" for celebrating Liverpool goals in Watford end
1 month ago
José Mourinho swaps Conor McGregor a Roma jersey for some whiskey
Next Page