It's been quite a year in the life of Limerick's Roisin Upton.

The 20-year-old has just completed her third season on a hockey scholarship at the University of Connecticut, but has already amassed a collection of awards, nominations and silverware that would make any Irish athlete proud. 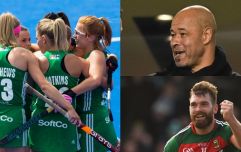 END_OF_DOCUMENT_TOKEN_TO_BE_REPLACED

The youngest of three, sport was all around her as a child. Gaelic Football for her local club Mungret was her first taste of it, while her brothers Diarmuid and Sean both played representative rugby for Munster schools sides, as well as in the All-Ireland league for Young Munster.

And she'll openly admit that when she first picked up a hockey stick as a first year in Crescent College Comprehensive, she wan't overly keen on the sport.

"I grew up with two older brothers, and they had a huge influence on me, I was a little tomboy!

"I first started in first year. I wasn't too keen to be honest because I was an avid gaelic football player but I gave it a go after some persuasion. 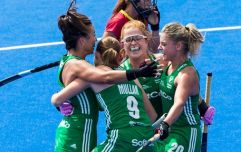 Ireland are in the World Cup final

END_OF_DOCUMENT_TOKEN_TO_BE_REPLACED

By the time she had finished in school, Upton had starred in two Munster Schools Junior Cup and two Senior Cup winning sides in Crescent, and traveled to Singapore as vice-captain of the Irish under 17 side to the Inaugural Youth Olympic Games in 2010.

Then, thoughts turned to the future.

"In sixth year my mum approached me and told me she had written to a few colleges in America. I thought she was mad, to be honest. 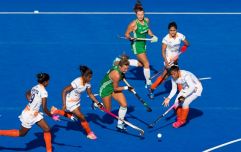 END_OF_DOCUMENT_TOKEN_TO_BE_REPLACED

"At first I was like 'No way, not a chance. I want to be close to my family and friends,' and it didn't really appeal to me at the time, but after thinking about it and realising what was available to me and the opportunity that I had, I warmed to it.

"It was made clear that if I didn't like it I could come home, there was no obligation to stay for all four years so I thought, 'what do I have to lose really?'"

After interest from several colleges, Upton accepted a full scholarship from the University of Connecticut.

"I spoke to Duke and the University of Louisville for a while, but I just got a good vibe off Connecticut. They were always emailing back, and especially for my Mum, who'd be asking a million questions, they were very thorough and really nice."

Your gut instinct is often right. Since joining the UConn Huskies mid-way through their season in 2012, Upton went straight on to the team after arriving, and stayed their until a national quarter final defeat ended their season.

Things only improved though. In 2013, the Huskies pushed on and won the NCAA title, the third ever national hockey title in the university's history. 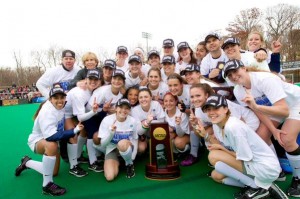 The 2014 season yielded another national title for the Huskies this November, with Upton one of the team's captains. It was also a landmark title for the University, as they picked up their 20th national sports title, and she says it's an achievement that's really only starting to sink in.

"For me, coming over her, and with the way the rules work you only get four years of eligibility, so to win two national titles already really makes me think how fortunate I am.

"It was nice, because the team always vote who their captain is, and I was really appreciative of the girls voting me, it was an incredible honour to do it as a junior, as usually the captain is a senior."

And the season ended for Upton with a nomination for the Honda Sports Award in field hockey from the Collegiate Women's Sports Association, who honour female athletes in the 12 NCAA women's sports.

Ultimately, when the winner was announced this week Upton wasn't selected, but to be considered for an award won previously by stars like Mia Hamm and Jackie Joyner in their respective sports, is something Upton is fiercely proud of.

"It's a huge honour to be honest. It's very humbling and flattering, but I'd prefer to be a national champion than any of these individual awards."

But since the season has ended it's been back the reality of being a student athlete. It's currently exam time, Upton taking a quick break from the books to chat to us, before getting ready for two more exams the following morning.

"It's definitely the closest thing to being a professional athlete in hockey, so it's made me feel so lucky, I never thought I'd be able to be in a situation like this, but we have an academic adviser who comes to your lectures to make sure that you're there, because in order to remain eligible you have to keep on top of study.

"I remember last year she had to come on a trip with us so I could take an exam at the same time as my classmates. Just small things like that."

Another year of eligibility still awaits for Upton as a senior, and after that, she's not even sure.

She's studying psychology as her major in UConn, but the thought of what lies ahead once she graduates is something she's still weighing up in her head.

One thing in her future is certain though, whether it lies at home or abroad.

"I definitely can't imagine myself giving up hockey after I graduate, which is just a bizarre thought to me. When I consider all the girls I've played with, and the talent, and then you see them graduate and they're saying they'll never get to play again, it's just crazy.

"Obviously to play for the senior women is the dream. I love Ireland, and love representing the country."