The Irish runner medalled in the 800m at the U23 European Athletics Championship in Sweden but she briefly had her success taken away from her.

After the final, after the celebrations, Power was informed that she was disqualified for 'pushing'. Eventually, her appeal was successful and she was awarded the bronze but it was a rollercoaster.

"Honestly, it was literally the biggest high I've ever had in my life," Power was in studio for PlayXPlay.

"That moment, those 10 minutes, and then to be taken away from me like that, it was so, so tough."

Listen to the full story from 9:52 here:

In studio with Jenny Murphy, Power went into detail to describe what happened.

"So basically what it was, I impeded another athlete," she explained what she was told.

"Basically 'pushed' was the best way to describe it, but the thing is, it's a championship race. A lot of the time, championship races are like really really slow and they speed up really fast and then it's just a burn up to the finish line so that's the way that one was.

"The first lap, we were just jogging, we were literally all on top of each other.

"It was really really tight and we were all so anxious and I've been in that situation before and I’ve literally been tripped and fallen.

"It's just you’re all on top of each other, you’re so anxious, you’re waiting for someone to go." 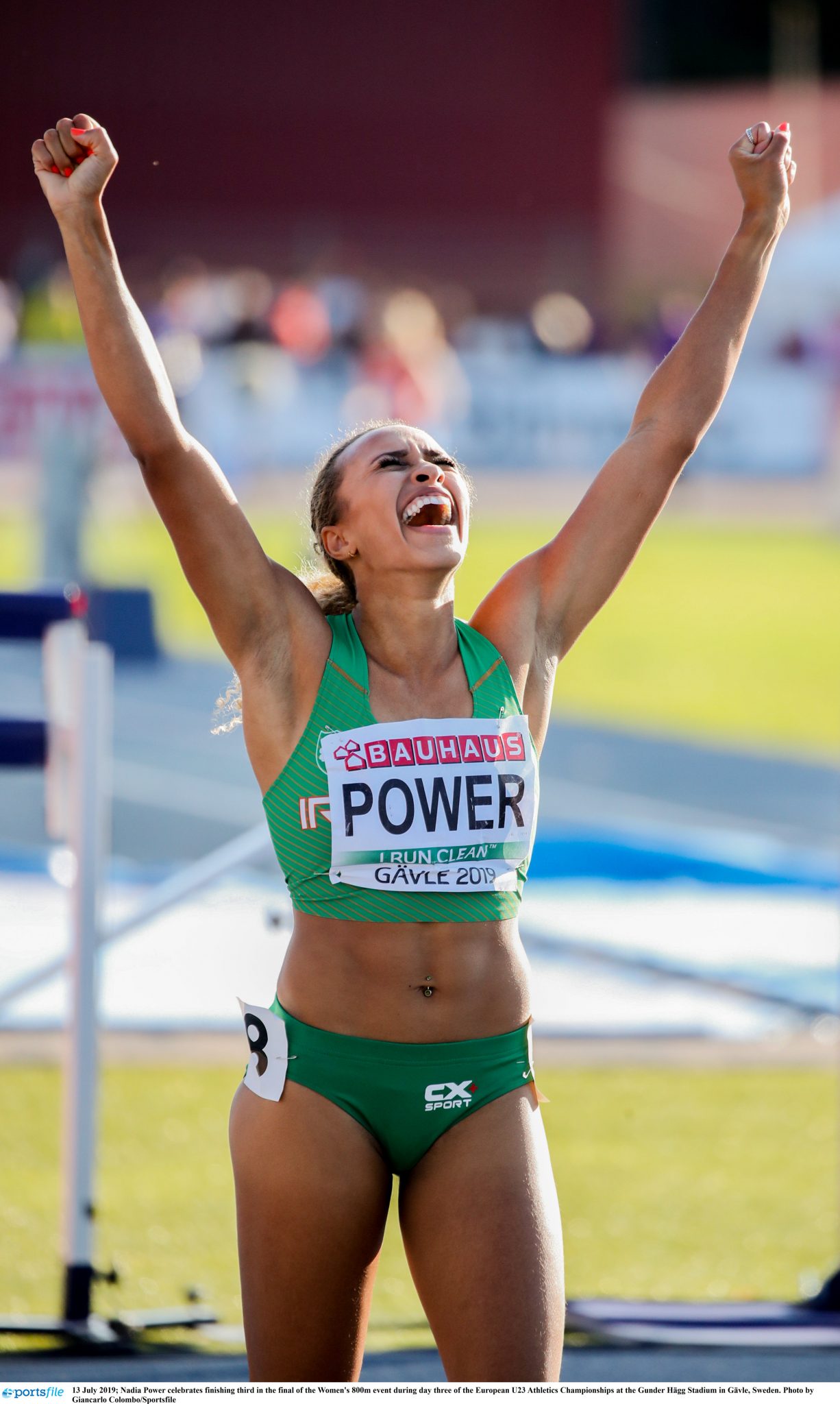 
popular
James Haskell on text exchange with Peter O'Mahony after Ireland's victory over Scotland
SportsJOE 2000s Football Quiz | Round 8
"The academy boys have turned into small monsters over the past few weeks" - Peter O'Mahony
"I have more work done than any player in Ireland" - The Trevor Giles tribute show
The SportsJOE 12 o'clock quiz | Day 102
Can you name the first clubs these players went to after leaving Liverpool?
Can you name the first clubs these players went to after leaving Celtic?
You may also like
7 months ago
Five key players which helped Dublin secure their historic Five-In-A Row
8 months ago
QUIZ: Can you guess the GAA jersey sponsor?
8 months ago
"You don't want to do it to sit on the bench - it can weigh you down"
8 months ago
QUIZ: How well do you remember Dublin GAA's historic 2018/19 season?
8 months ago
The five key head-to-head battles Ireland need to win against New Zealand
8 months ago
PlayXPlay | Nicole Owens interview on ACL rehab and helping the team when injured
Next Page