We've all been there.

For me, it was Eric Cantona retiring when I was seven. It just wasn't fair. But at least Cantona was retiring, and not going to another team, which is what has happened to this die-hard Saints fan. 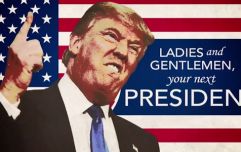 END_OF_DOCUMENT_TOKEN_TO_BE_REPLACED

The young girl just brought back all those agonising memories, as she defiantly stood by tight-end Jimmy Graham, who is to be traded to the Seattle Seahawks.

The kid's tears built up and built up, as she said declared: "Wherever Jimmy Graham goes, is where I go. No matter what team."

The young girl went on to try explain her feelings to who we think is her mother, but it all just becomes too much, and emotion gets the better of her.

Watch it, and try to hold back the tears.


popular
Roy Keane flew home from Qatar World Cup as 'fellow pundits were getting on his nerves'
World Cup 2022 Day 20: All the major action and talking points
Rory McIlroy explains 'falling out' with Shane Lowry that lasted a few years
Psychic lion predicts outcome of England vs France World Cup clash
Roy Keane reveals what he wrote about England during Senegal game
Talksport presenter puts Martin O'Neill to the pin of his collar over Declan Rice and Jack Grealish
World Cup Power Rankings: The top 10 players at the tournament ahead of the quarter-finals
You may also like
4 years ago
David Pocock shares class post-match dressing room picture with Conor Murray
4 years ago
Ian Madigan brilliantly shuts down Twitter user who was complaining about female referees
5 years ago
Sean O'Brien plays very funny prank on shop assistant in Kilkenny
5 years ago
Home and Away's Alf Stewart sends brilliant response to Cork City's league win
5 years ago
Sean O'Brien not impressed with Kearney brothers being referred to as 'famous farm boys'
5 years ago
WATCH: Andy Gray, bless him, got himself a bit muddled while talking about Tony Blair
Next Page