On Sunday, writes Scott McCabe, Tom Brady delivered shockwaves right across the sporting world as the seven-time Super Bowl champion announced that he was making a return to the NFL, after just two months of retirement.

Brady was a special guest of Manchester United, on Saturday, and he caught up with hat-trick hero Ronaldo, and his teammates, after their win over Tottenham. He may have even let his big Sunday night decision slip.

The 44-year-old quarterback and the Tampa Bay Buccaneers have not yet worked out a new deal for Brady in 2022. Brady is reported to make $10.4 million in 2022 from the one-year extension he signed last March. The deal will likely be addressed following Brady's decision to return for a 23rd season, NFL insider Tom Pelissero reported. 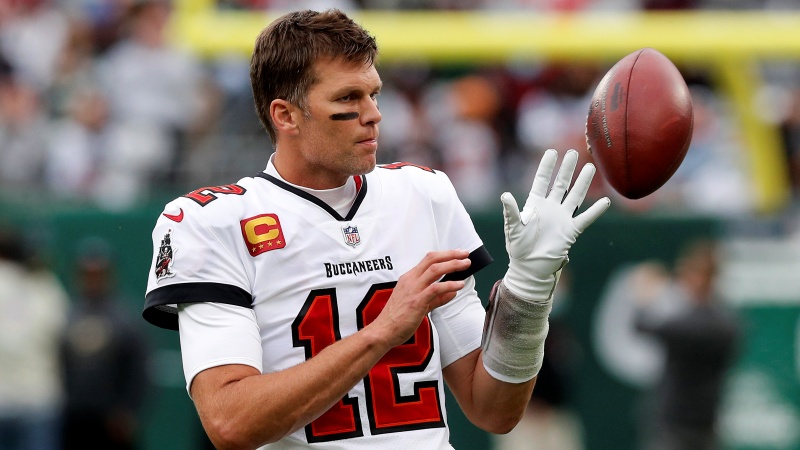 What does Brady’s decision mean for the Buccaneers?

The quarterback search is over for the Bucs. It's tough for any team to move on from their quarterback, never mind when it comes to moving on from three-time MVP Tom Brady. Brady changed the culture in Tampa by guiding them to their first Super Bowl victory since the 2003 season.

With superstar quarterback Russell Wilson finding his new home with the Denver Broncos and Aaron Rodgers settling down with the Green Bay Packers, the elite quarterback market was looking extremely scarce for the Bucs.

The NFL Draft usually provides a solid basis for teams to find their franchise quarterback. However, the 2022 NFL Draft isn't exactly stacked at the QB position and with the Bucs having the 27th overall pick, finding their replacement for Brady in the draft was going to be an almost impossible task.

Brady's decision to un-retire has given the Bucs plenty of time to evaluate options for the 2023 season and pay more attention to quarterbacks hitting the 2023 NFL Draft and free agency.

The legendary quarterback has an infectious aura about him that attracts talent from players league-wide, and in some cases, Brady can even convince players to come out of retirement- just ask Rob Gronkowski. The veteran tight end retired with the New England Patriots back in 2018 but the prospect of reuniting with Brady in Tampa was too appealing to turn down. It was a pretty good decision by ‘Gronk’ as the Buccaneers went on to win the Super Bowl in 2020.

The Bucs will be hoping Brady’s decision to un-retire will attract more potential free agents to sign with them and allow them to hold onto their key players.

Buccaneers centre Ryan Jensen signed a three-year deal worth $39 million just hours after Brady announced his return. So, you could argue that the Brady effect has already begun in Tampa.

A key free agent to watch is Leonard Fournette. The running back looks set to hit the open market but Brady's decision to play for another season might just sway Fournette into signing an extension with the Bucs. 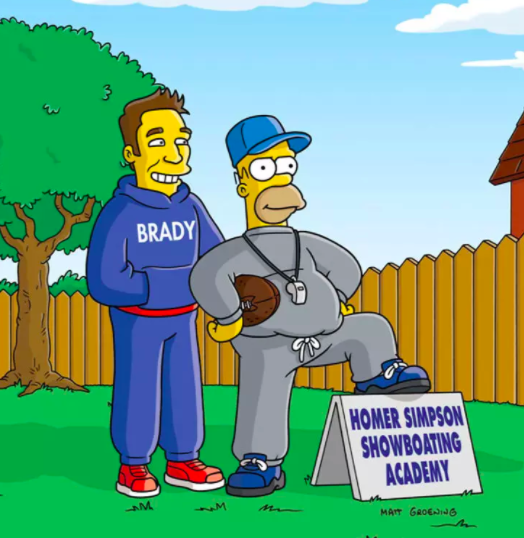 What does Tom Brady’s decision mean for the rest of the NFL?

Well, it means the NFC South (the division the Bucs play in) is on high alert. Tom Brady is back with the Buccaneers, and when you look at the NFC South, it’s not exactly the most challenging division in football.

The New Orleans Saints: Sean Payton retired, their beloved head coach who guided them to Super Bowl glory in 2010. They’re also struggling to find their replacement for Drew Brees. They have an elite defence, but the offence struggled in 2021.

The Atlanta Falcons: Recently lost their best wide receiver Calvin Ridley for the entirety of the 2022 season after it was revealed that Ridley was betting on NFL games in 2021. The Falcons have struggled to make a championship run ever since their collapse against the New England Patriots in Super Bowl LI.

The Carolina Panthers: The Panthers have one of the best running backs in football, Christian McCaffrey, but keeping the star running back healthy has become a challenging task as the team is overly dependent on him. They lack star power and they’re currently searching for their franchise quarterback.

Brady’s decision to un-retire also had massive consequences within the betting industry.


popular
From Ireland to Argentina: Alexis Mac Allister's Irish roots explained
France demand FIFA change result of World Cup defeat over 'rule break'
World Cup 2022 Day 12: All the major action and talking points
The World Cup 2022 team of the tournament so far
Ronaldo finally reveals why he got that hideous haircut
Argentina reach World Cup last-16 with convincing win over Poland
The FootballJOE Qatar World Cup 2022 Geography Quiz
You may also like
1 month ago
Tom Brady’s year goes from bad to worse as 49ers get themselves a true baller
1 month ago
Bill Belichick makes big quarterback call as Justin Fields win it for Chicago Bears
1 month ago
Taysom Hill puts together one of the most absurd performances in NFL history
1 month ago
Fan chooses poor time to approach Roy Keane at NFL London
1 month ago
Patrick Mahomes upstages Tom Brady to end controversial NFL week on a high
2 months ago
Miami Dolphins quarterback allowed to continue despite disturbing footage after head knock
Next Page