NFL legend Tom Brady has officially announced his retirement from the sport after 22 seasons in the NFL. The Tampa Bay Buccaneers quarterback - a seven-time Super Bowl champion - has called time on his football career. 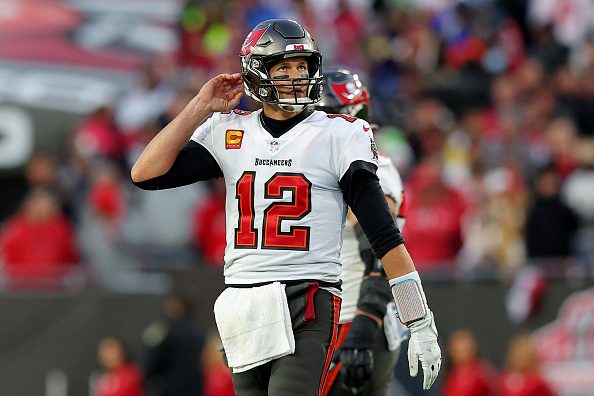 END_OF_DOCUMENT_TOKEN_TO_BE_REPLACED

The 44-year-old spent the first 20 years of his career at New England Patriots, before moving to the Bucs in March 2020. Brady had previously stated that he was keen to play until he was 45 - which he would've achieved if he'd had played until his birthday in August.

However, following intense speculation over the weekend, Brady has announced his retirement from the NFL on Instagram. The NFL announced that the legendary quarterback was retiring after an incredibly successful career on Saturday, but Brady has now confirmed the news himself.

END_OF_DOCUMENT_TOKEN_TO_BE_REPLACED

In the lengthy retirement statement, Brady thanked the Bucs owners the Glazer family, the staff at the NFL team and his teammates. He also pays tribute to his parents and family for their support.

There is no mention, however, of The New England Patriots, where Brady won six Super Bowls, or Bill Belichick, his former Patriots coach, in the statement.

"My teammates, coaches, fellow competitors and fans deserve 100% of me," Brady wrote. "But right now, it's best I leave the field of play to the next generation of dedicated and committed athletes."


popular
"Every team did it!" - Paul O'Connell on Roy Keane comment to Ronan O'Gara that he couldn't deny
Five confirmed changes and guidelines to have big impact on 2023 Six Nations
Owen Farrell praises Johnny Sexton in revealing interview ahead of Six Nations
"It's crazy to think Bundee Aki might come straight in and start against Wales"
Everton release brutal 59-word statement to confirm Anthony Gordon departure
CCCC order replay of All-Ireland club football final
British publication urges Gareth Southgate to claim Evan Ferguson for England
You may also like
2 months ago
Patrick Mahomes shows young pretender how it's done in thrilling Chiefs comeback
2 months ago
Josh Allen and Buffalo Bills left stunned by 'greatest catch in NFL history'
2 months ago
NFL round-up: Patrick Mahomes the hero and Kirk Cousins living his best life
3 months ago
Tom Brady’s year goes from bad to worse as 49ers get themselves a true baller
3 months ago
Bill Belichick makes big quarterback call as Justin Fields win it for Chicago Bears
3 months ago
Taysom Hill puts together one of the most absurd performances in NFL history
Next Page