New York Knicks forward Enes Kanter has said that he will not play in his side's upcoming trip to London later this month for fear that he could be killed.

Kanter has been an outspoken critic of Turkish president Recep Tayyip Erdoğan and will stay in New York while the Knicks travel to face Washington at The O2 arena in London on January 17.

The forward announced his decision after the Knicks 119-112 win over the LA Lakers on Friday night and insisted that his plan to stay in America stems from concerns over his safety.

Enes Kanter says he’s not going to London with Knicks because he fears for his life due to “that freaking lunatic, the Turkish president. There’s a chance that I can get killed out there.” pic.twitter.com/NvRDSHWB4V 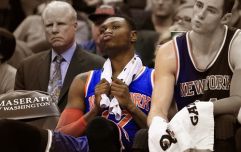 END_OF_DOCUMENT_TOKEN_TO_BE_REPLACED

“I talk to the front office and decided I’m not going,’’ Kanter said.

“The freaking lunatic, there’s a chance I can get killed out there. I talked to the front office. I’m not going. I’m going to stay here and practice. It’s pretty sad. 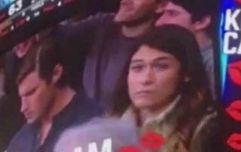 END_OF_DOCUMENT_TOKEN_TO_BE_REPLACED

"All this stuff affects my career in basketball. I want to help my team win, but because of one lunatic guy I can’t even go there to do my job. It’s pretty sad. They got a lot of spies there. I can get killed pretty easy.’’

Kanter said that in Turkey his family can’t even go out to eat while his brother told him that their dad went to the supermarket and they spit on his face.


popular
World Cup 2022 Day 10: All the major action and talking points
Iran demand action by FIFA after USA team change flag on social media
"I have equal love for football and hurling" - Sheehy set for two Leinster finals in two hours
Canelo Alvarez duped by fake Lionel Messi Instagram post
World Cup 2022 Day Nine: All the major action and talking points
"I appreciate Moycullen now more than ever" - Cooke's American lifestyle from a Moycullen base
Roy Keane's issue with Argentina star could rival Graeme Souness and Paul Pogba
You may also like
7 years ago
Video: Liam Neeson spoofs 'Taken' phone call for ridiculous NBA Christmas ad
7 years ago
Pic: Fail! Walmart could not have gotten their Carmelo Anthony doll more wrong
5 months ago
Your guide to a packed weekend of sport and how to watch it all
6 months ago
Basketball coach from The Last Dance documentary calls for gun control in US
6 months ago
QUIZ: Can you name all 15 of these American Football teams?
7 months ago
"It's your mother******* time!" - No hard feelings as Kyrie Irving crowns Jayson Tatum
Next Page