"As close as we could possibly be, already, that brought us closer."

The Los Angeles Lakers defeated the Miami Heat 106-93 to win Game 6, at Buena Vista, Florida on Sunday night, to clinch the 17th NBA title in the history of the franchise. It was an emotional night for many at the Lakers as it came months after the tragic death of Kobe Bryant and his daughter Gianna.

The Heat had rallied to win Game 5, on Friday, but looked gassed out as LeBron James and Anthony Davis - with a little help from Rajon Rondo, Alex Caruso and Kentavious Caldwell-Pope - upped the ante and put the game out of sight by half-time.

END_OF_DOCUMENT_TOKEN_TO_BE_REPLACED

James set an NBA Playoff record in Game 6 by appearing in his 260th post-season game. After his epic Friday night battle with the Heat's Jimmy Butler, James showed he had plenty left to give as he top scored with 28 for his side while recording yet another triple-double. 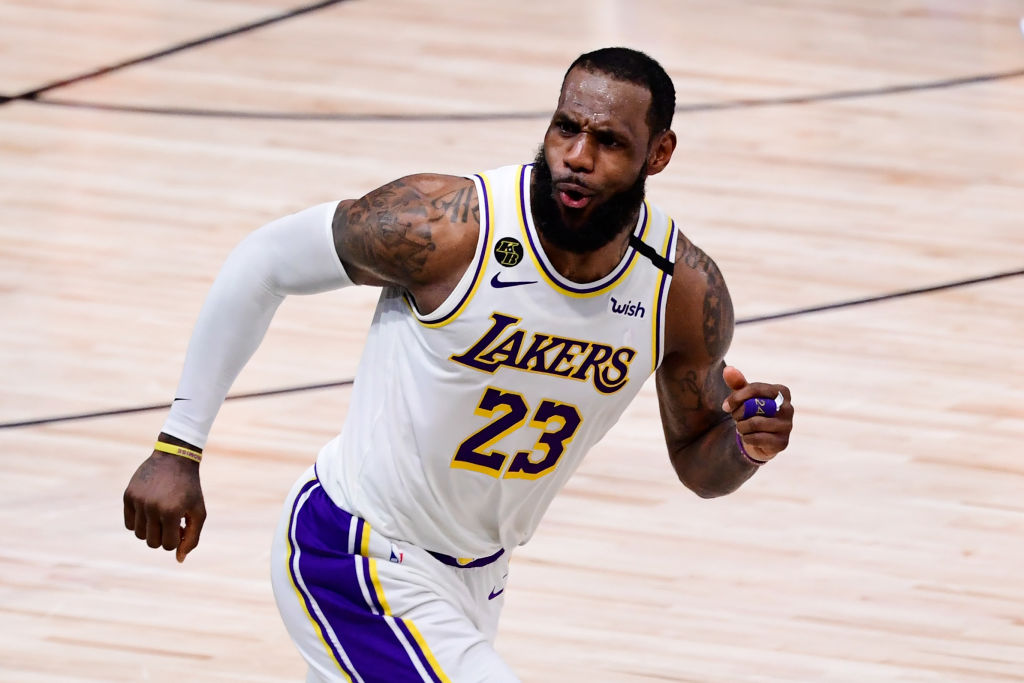 LeBron James reacts after sinking a three-pointer during the fourth quarter against the Miami Heat. (Photo by Douglas P. DeFelice/Getty Images)
Advertisement

During the breaks in play, the Lakers would gather for huddles before breaking with the call, 'One, two, three, Mamba!' That was done with Bryant, who was often referred to as Black Mamba, in mind.

END_OF_DOCUMENT_TOKEN_TO_BE_REPLACED

Back in January, Bryant and his daughter were killed in a helicopter crash in L.A that also claimed the lives of seven other people on board. Bryant won five NBA titles with the Lakers and is the only player in the history of the franchise to have two jersey numbers [8 and 24] retired.

James, during his time with Cleveland Cavaliers and Miami Heat, had been an on-court rival of Bryant's for a number of years, but the pair certainly did respect each other and were in contact several times after Bryant retired. Speaking after claiming his fourth NBA title, and first as a Laker, James spoke about how Bryant's passing had spurred the team on:

"We got as close as you possibly can be, when that moment happened. It brought the whole basketball world close as well, but when you're internal and it hits home, it just means that much more and we locked in from that very moment and said, 'This is bigger than us.'" 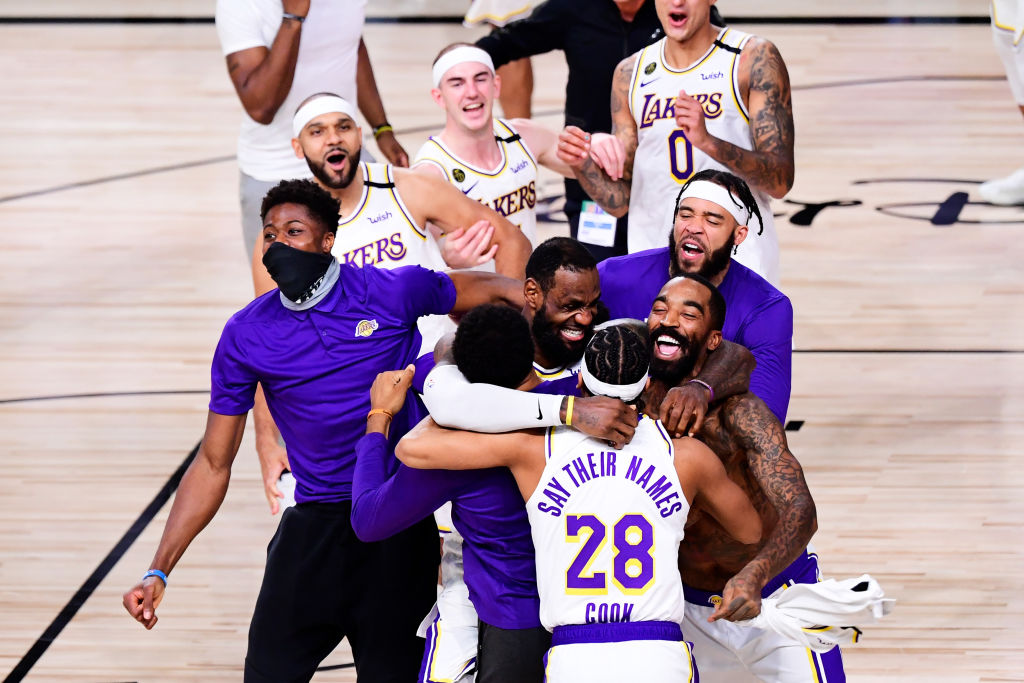 LeBron James with Quinn Cook of the Los Angeles Lakers and teammates after winning the 2020 NBA Championship. (Photo by Douglas P. DeFelice/Getty Images)

Davis, who was on the USA's Olympics team with Bryant at London 2012, referred to Bryant as a 'big brother' to him and one of the main reasons he moved from the New Orleans Pelicans to L.A.

"Ever since the tragedy, we wanted to do it for him, and we didn’t want to let him down," he said.

"I know he’s looking down on us and proud of us, I know Vanessa [Bryant’s wife] is proud of us, the organisation is proud of us. It means a lot to us. He was a big brother to all of us and we did this for him."

James and Davis will be looking forward to a long break after three months in the Disney World bubble in Florida, but both men acknowledge there are more titles there for the taking. On his partnership with Davis, James said, "The first thing I think about is the respect, the no ego, the challenging each other.


popular
Man United could be blocked from playing in the Champions League next season
Ireland team vs. France: Form players rewarded and a welcome return
French media's opinion of this Ireland team becomes clear as vital clash nears
Man United vs Leeds: Why the game won't be shown on Irish TV
Eight players to watch in tonight's Sigerson Cup semi-finals
Clive Woodward happy to 'eat humble pie' after bold comments about Ireland
"I should have been more mature" - O'Sullivan's injury trail a cautionary tale for Sigerson casualties
You may also like
9 months ago
"It's your mother******* time!" - No hard feelings as Kyrie Irving crowns Jayson Tatum
1 year ago
How The Occlusion Cuff can help build strength, endurance and recovery from injuries at a faster rate
1 year ago
NBA player wins game with 'impossible shot' with less than one second to go
1 year ago
NBA star Kyrie Irving banned by team until he is fully vaccinated
1 year ago
LeBron James taking heat for leaving blowout Lakers loss with five minutes remaining
1 year ago
Zlatan doubles down in LeBron beef, saying athletes should 'stay out of politics'
Next Page