"There's no way. If you're a good organisation, you can't win that game!"

Tanking in order to get good draft picks is about as American as apple pie and extremely loose gun ownership regulations. On Sunday, after another wretched season, the Houston Texans ripped up the script, won a game and left many of their fans furious.

In the NFL, the team with the worst regular season record gets the No.1 draft pick for the following season. The practice is carried out with NFL logic dictating that the top pick will hopefully lead to struggling teams improving and not allowing a handful of teams to streak clear.

END_OF_DOCUMENT_TOKEN_TO_BE_REPLACED

Back in October, the Texans beat the Jaguars to go 1-1-3 in the season and offer a morsel of hope for their long-suffering fanbase. They followed that up by losing their next 10 games.

As much as that sucked, Texans supporters clung to the hope that their team finishing rock bottom of the standings would at least give them the first pick in the 2023 NFL Draft. Bryce Young - a 21-year-old quarter-back playing with Alabama - is tipped to go No.1 so the franchise could either select him or trade the pick for a heap of assets.

There was a wobble in their path to mediocrity when, in December, they beat the Tennessee Titans. They got pumped 31-3 by the Jaguars in their next game out and went into Week 18 of the regular season with the worst record.

On Sunday, knowing defeat would clinch the No.1 draft pick, the Houston Texans went out and beat the Indianapolis Colts by a point in a bizarre and instant classic. With the axe swinging over the head of coach Lovie Smith, quarterback Davis Mills flung a hopeful ball towards the Colts endzone that was missed by two covering players and pouched by Jordan Akins.

ON 4TH AND 20... @HOUSTONTEXANS TOUCHDOWN! pic.twitter.com/POhLDaLMuL

Smith could have settled for the extra point that would take the game to over-time but clearly thought, 'F*** it' and told Mills to go for the two-pointer. Sure enough, Mills found Akins again and Houston won.

#HoustonTexans lose even with win.
Getting the late 2 pt conversion loses them the top pick in draft. pic.twitter.com/qfiQludgxZ

'What are we doing? Do y'all not learn?'

END_OF_DOCUMENT_TOKEN_TO_BE_REPLACED

The victory was not enough to save the job of Houston Texans coach Lovie Smith. He was fired today in what NFL pundits have deemed 'Black Monday' - when many franchises move on coaches, backroom teams and/or general managers.

By winning, Houston only finished with the second worst record. The worst record (dis)honour went to the Chicago Bears. They were destroyed by the Minnesota Vikings, on Sunday, to finish 3-14 for the season. They now get the No.1 pick and either go for Bryce Young or keep Justin Fields and go shopping or trading.

On the Bill Simmons Podcast, and many other US sports shows, there was incredulity [see intro quote] at the unlikely Houston victory. Texans fans, after enduring such a brutal season, were livid that their team finally WON a crucial game.

Houston Texans, what are you doing?!

The one time you had to lose, you win?? AND just cost yourself the #1 pick in the process. The Texans can’t even lose right! SMH. pic.twitter.com/mc7FAtgrAp

What it’s like watching the Houston Texans intentionally choke away the 1st pick in the NFL draft for a MEANINGLESS win. pic.twitter.com/cpix3X2NFO

With Black Monday well and truly cleaning house, Conor Perrett and the gang at Smashmouting Football took a look at the leading candidates for NFL franchise coaching jobs in 2023.

If you’re new to knowing the candidates for head coaching roles this year, then Sean Payton is the biggest and going to be the most fought after name on this list.

Coaching the Saints for 13 years before he ‘retired’ a year ago, Payton is one of the best coaches we’ve seen in the NFL and has a Super Bowl ring to back it up. Specialising on the offensive side of the ball, Payton was famous for his work with QB Drew Brees, which saw the Saints compete as one of the best teams in the NFL for over a decade.

Payton only retired last year, but it was known he was just looking for a break in coaching. Now he feels his days in the media are already over and he is being linked to numerous teams. Payton has 24 years of coaching experience in the NFL and will likely get the pick of teams fighting over him.

It should be said, Payton is still retired and New Orleans holds his right as a coach. That means if a team would like to hire Payton, they would have to make a trade for him. This can obviously complicate things, but it’s a great position to be in if your name is Sean Payton. Trading for coaches is rare, so when it occurs it means such a coach will get significant power within the organisation. 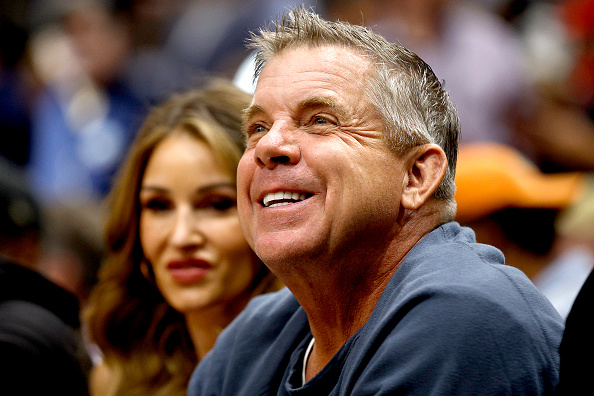 Jim Harbaugh, like Payton, is a former NFL coach. Currently in control of college team Michigan Wolverines, Harbaugh has 14 years of NFL playing experience with another 21 years of coaching to go with that. In his time as a coach, Harbaugh has had spells at the NFL and college level, with his most famous stint being the head-coach of the 49ers – where he won an NFC Championship in 2012.

After his spell with the Niners, Harbaugh went to where he played his college ball, and has had mixed fortunes. The first couple of years at Michigan were slightly underwhelming, which eventually led to him having to take a pay-cut. Since, Harbaugh has turned the programme around with Michigan having a record of 25-3 in their last two seasons.

Now, this isn’t the first time Harbaugh has been linked to the NFL, when last year it seemed he was heading to the Minnesota Vikings, until things fell apart at the very end. Harbaugh then promised he wouldn’t flirt with the NFL again, but on a lesser salary, the bright lights look tempting.

If you want my opinion, I see Harbaugh keeping his word. But it should be said, anything in the NFL can happen and if the Michigan board doesn’t get their wallet out for Harbaugh with a new contract, it’s only fair he looks at different opportunities.

*For more on the five other NFL head coach leading candidates and all the other big stories, check out Smashmouting Football, and give them a follow on Twitter.

You may also like
2 months ago
Josh Allen and Buffalo Bills left stunned by 'greatest catch in NFL history'
3 months ago
NFL round-up: Patrick Mahomes the hero and Kirk Cousins living his best life
3 months ago
Tom Brady’s year goes from bad to worse as 49ers get themselves a true baller
3 months ago
Bill Belichick makes big quarterback call as Justin Fields win it for Chicago Bears
3 months ago
Taysom Hill puts together one of the most absurd performances in NFL history
3 months ago
Fan chooses poor time to approach Roy Keane at NFL London
Next Page