Aer Lingus College Football Classic: What you need to know ahead of today's game

"I want this stadium to be full."

College football is finally making its long-awaited return back to Ireland, as the Northwestern Wildcats will play the Nebraska Cornhuskers in the Aviva Stadium, this evening, in the Aer Lingus College Football Classic.

We sent Scott McCabe, of The Irish Punt, along to Lansdowne Road to catch up with head coaches and players ahead of the Big Ten match-up.

Both teams are set to give Irish American football fans their first taste of college football since 2016 when Georgia Tech took on Boston College. Given that this contest is the first game of the Big Ten season for both teams, it’s safe to say that both sets of coaches and players are itching to get stuck into the action.

“The guys are excited and fired up, they’re ready to play.” coach Fitzgerald told us.

“Leadership always shows through adversity. We haven’t faced a tone of adversity yet, that’ll happen here in game one and I really look forward to seeing how that gets handled,” coach Fitzgerald added.

If its leadership coach Fitzgerald is looking for, he certainly has a selection of candidates.

Offensive lineman Peter Skoronski is ranked as one of the top players in all of college football at his position. In 2021, Skoronski was named to the Associated Press All-Big Ten first team and is certainly on the radar of plenty of NFL scouts. If Skoronski can piece together a solid campaign this upcoming season, there’s a real chance he could be a first-round NFL draft pick.

Northwestern running back Evan Hull is also one to watch. Last year, Hull was exceptional, he led the team in rushing with 1,009 yards, finished the season with seven touchdowns and averaged just over five-yards per carry. In July, Hull was named to the Doak Walked Award watch list; an award given to the top running back in all of college football. 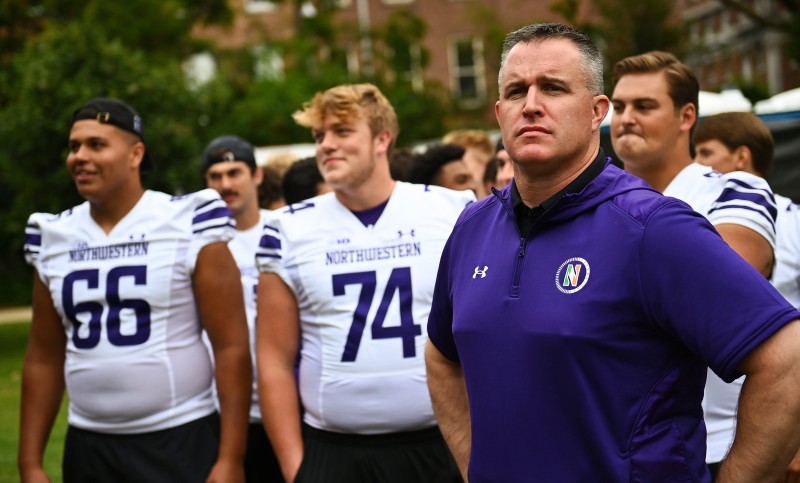 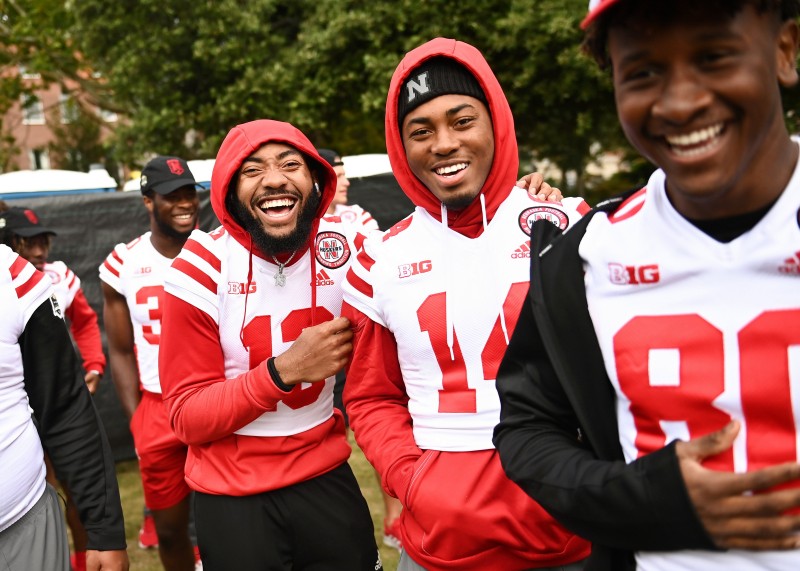 For Nebraska Cornhusker fans, the 2022 season couldn’t come quicker. The Cornhuskers struggled last season finishing the year with a 3-9 record- eight of those games were lost by one-score. Essentially, the main issue with Nebraska’s 2021 season was a lack of consistency, primarily on special teams.

Although the 2021 season was nothing to shout about for Husker Nation, their best game of the season came against Northwestern where they won in a landslide victory with a score of 57-6.

“I expect something a little different on defence. I expect them [Northwestern] to be a much-improved team,” Nebraska head coach Scott Frost told us.

“We’ve traditionally had really tight and fun games with Northwestern, so I wouldn’t expect anything different,” he added.

The Aer Lingus College Football Classic provides a clean slate for this prestigious football program who are eager to climb back up to the top of the college football rankings. This Nebraska team will look a whole lot different to the one that previously took the field in 2021.

There's a new quarterback in town and he’s ready to make a name for himself. Casey Thompson was picked up by the Cornhuskers after he entered the college football transfer portal. Thompson had previously spent three years with the Texas Longhorns before making the move over to Nebraska.

The Aer Lingus College Football Classic will be Thompson’s first game for Nebraska after coach Frost announced him as the week zero starter, and it’s guaranteed to be a memorable one for the Huskers quarterback who enters a pivotal chapter in his playing career.

“He [Casey Thompson] had a little procedure on his hand after spring camp and came back looking like a new man this fall camp,” said Frost.

“He’s going to have a lot of good players around him and he's played a lot of football, so this isn’t going to be a new experience for him,” Frost added.

Thompson is surrounded by good players but also great coaches. Nebraska offensive coordinator Mark Whipple previously spent his time as the offensive coordinator with the Pittsburgh Panthers ‘Pitt’ from 2019 to ’21 where he worked with quarterback Kenny Pickett. Pickett was a 2021 Heisman trophy candidate and the Pittsburgh Steelers’ 2022 first-round draft selection.

We got a moment to chat to Thompson one-on-one in which he took a moment to absorb the view of the Aviva stadium from the sideline, paused, and said: “I want this stadium to be full." Thompson certainly isn’t lacking any nerves as we approach the Aer Lingus College Football Classic.

Two red cards and a yellow after rugby league brawl