Ireland will be hosting a sporting event like no other this summer - American football. The Northwestern Wildcats will take on the Nebraska Cornhuskers at the Aviva Stadium on Saturday, August 27.

END_OF_DOCUMENT_TOKEN_TO_BE_REPLACED

Former NFL star Jason Bell, who had playing spells with the Dallas Cowboys, New York Giants and Houston Texans, offered his insight ahead of the highly anticipated college football matchup between Northwestern and Nebraska.

“You’re seeing the best of college football,” Bell said. “Both of these teams are in the same conference [the Big 10]. It’s all on the line, you do not want to start the season off losing to someone in your conference."

The Northwestern Wildcats will be the designated home team on the day, and Northwestern Coach Pat Fitzgerald would like the full backing from Irish fans.

"I'll ask that everyone from Dublin and everyone that comes to the game wears purple and roots for us. When we have the ball in our possession, I'd like the crowd to keep it quiet. Just be loud when we don’t have the ball. That would be amazing to really give us this home-field advantage."

END_OF_DOCUMENT_TOKEN_TO_BE_REPLACED

The last time the two sides met, Nebraska came out on top-form as they unleashed a punishing score of 56-7 on the Wildcats.

“We’ve got a huge challenge against Nebraska. We did not play very well against them before in Lincoln [location of Nebraska’s Stadium]. They played very well against us, maybe their best game of the year, so it should be a great football game,” said Fitzgerald.

The Northwestern head coach paid a visit to Ireland’s Six Nations clash with Wales earlier this year to grasp an understanding of what to his team can expect from the Irish crowd.

"It was just great to take in the culture of a game-day environment. I was blown away at how respectful everyone was during the game. The way everyone treated the Welsh team. There wasn’t a lot of jeering or booing. When you’re the road team in college football, you’re the enemy. You’re not well-liked." 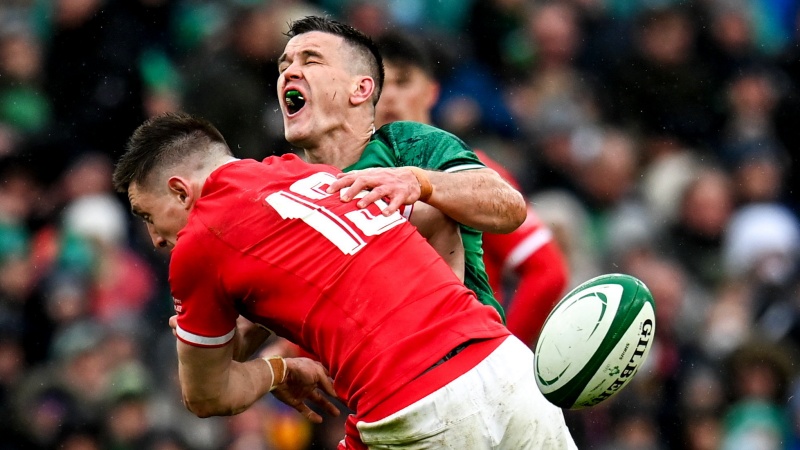 Ireland captain Johnny Sexton is tackled by Josh Adams of Wales, at the Aviva Stadium. (Photo by Harry Murphy/Sportsfile)

Irish in the NFL

Whelan has recently been waived by the Saints. However, McCourt is having an impressive training camp as the rookie kicker hit eight of nine field goals at last Wednesday's practice.

The Aer Lingus College Football Classic provides an opportunity to inspire the next generation of Irish American football players.

"How do you fall in love with the game? - You see it," Bell said. That’s what the game is all about- the atmosphere."

"This is what kids see and this is their introduction to American football,” Bell added. “Get ready for non-stop action. You’re going to feel exhausted, like you played in the game." 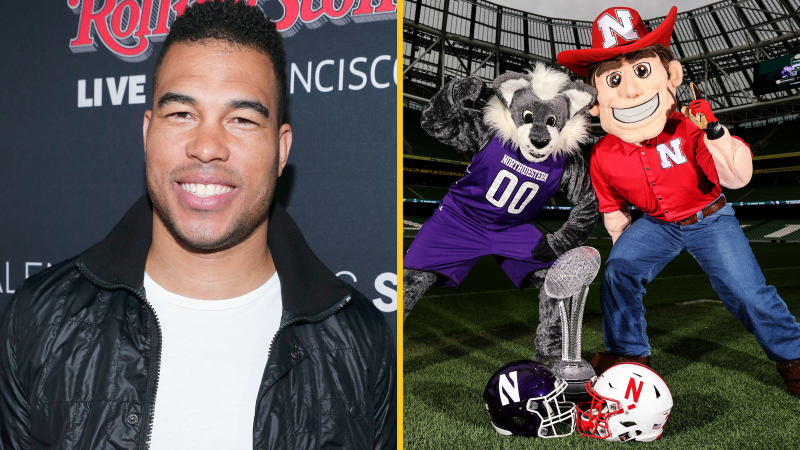 Since 2007, when the London games were first introduced, the NFL has grown enormously across Europe with international games becoming a regular occurrence throughout the course of the NFL season.

This year, several teams were awarded the rights to 30 international home marketing areas across 10 different countries in an attempt for NFL teams to build their brand globally.

"Ireland was not subject to any bids from teams seeking permission to market [here]." Lord Mayor of Dublin Allison Gilliland told Sky Sports. "Dublin would, of course, welcome the NFL to Ireland."

The Aer Lingus College Football Classic could hold the key to an NFL team marketing in Ireland.

“I don’t know why it hasn’t happened already. When you look at the NFL and American football fans in Ireland, it only makes sense. Starting off and dominating this realm of college sports is the key,” Bell said.

“You’re going to have a lot of players who play in these games who move onto the NFL and they’re going to talk about that experience and say why aren’t we playing in Ireland? This is a great start and a great place to dominate the college game. I think it's going to be very impactful for the longevity of the sport in Ireland.” 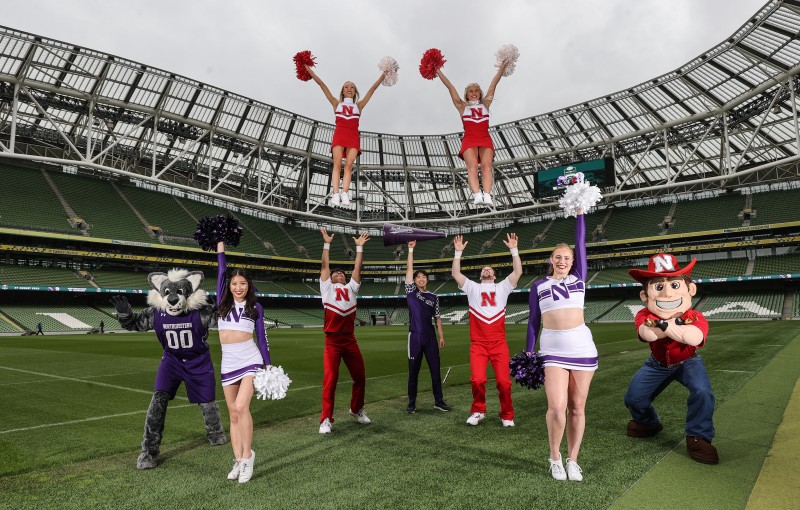 Graduating to the NFL

Butker was selected by the Carolina Panthers in the 2017 NFL Draft. However, Butker would find his greatest success with the Kansas City Chiefs. In the 2020 season, the kicker reached the pinnacle of American football when the Chiefs defeated the San Francisco 49ers in Super Bowl LIV.

We might just be witnessing the next Super Bowl champion when the Aer Lingus College Football Classic gets underway this August. Make sure to get your tickets now while they’re still available.

*Tickets for the College Football Classic are available through ticketmaster.ie/touchdowndublin


popular
Ireland vs Wales: All the big talking points, moments and player ratings
Ireland team to play Wales: Andy Farrell's XV, the big calls and bold cuts
The SportsJOE Friday Pub Quiz: Week 9
Five confirmed changes and guidelines to have big impact on 2023 Six Nations
Everton release brutal 59-word statement to confirm Anthony Gordon departure
Juventus are reportedly ready to terminate Paul Pogba's contract
GAA defends their handling of Kilmacud Crokes and Glen replay saga
You may also like
2 months ago
Patrick Mahomes shows young pretender how it's done in thrilling Chiefs comeback
2 months ago
Josh Allen and Buffalo Bills left stunned by 'greatest catch in NFL history'
2 months ago
NFL round-up: Patrick Mahomes the hero and Kirk Cousins living his best life
3 months ago
Tom Brady’s year goes from bad to worse as 49ers get themselves a true baller
3 months ago
Bill Belichick makes big quarterback call as Justin Fields win it for Chicago Bears
3 months ago
Taysom Hill puts together one of the most absurd performances in NFL history
Next Page