No.1 draft pick comes off the bench to give Cleveland Browns first win in 635 days

It has been a tough couple years for fans of the Cleveland Browns. The NFL franchise have struggled badly, failing to pick up a win since Christmas Eve, 2016.

That was until last night when they defeated the New York Jets 21-17 to pick up a much needed 'W'.

The Browns done some decent work during the off-season, most notably obtaining the services of wide receiver Jarvis Landry, as well as quarterback Tyrod Taylor from the Buffalo Bills.

Fans were confident that fortunes my turn in 2018 having gone 0-16 last season. 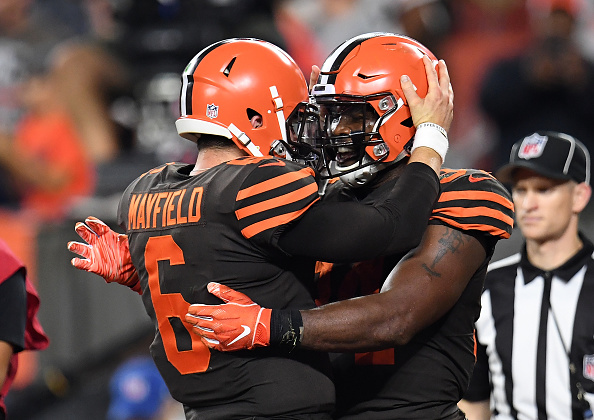 The new season is only three weeks old, but it was clear that a Browns win was coming. They tied their opening game against the Pittsburgh Steelers after double overtime, then fell to a late defeat on Sunday evening against the New Orleans Saints leaving them 0-1-1 after two games.

Had it not been for some terrible field goal kicking the Browns could have easily won both games, four missed kicks at crucial times ultimately proved to be their downfall.

Their fortunes finally turned last night when they hosted the Jets and pulled off a miraculous come back victory to send fans into overdrive.

The game started poorly for the Browns as they conceded two early touchdowns. A successful field goal attempt bang on the half left them at 14-3 in arrears. 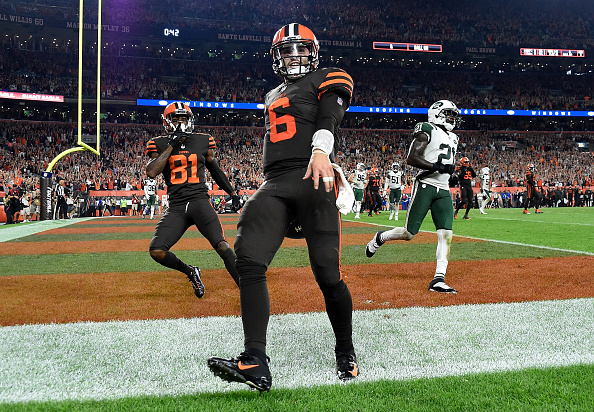 END_OF_DOCUMENT_TOKEN_TO_BE_REPLACED

Cleveland lost starting quarterback Tyrod Taylor early in the game through concussion, and ironically this was what turned the tide in their favour.

Having finished bottom overall last year Cleveland had the number one pick in the NFL draft. With that pick they decided to take Oklahoma State QB and Heisman Trophy winner, Baker Mayfield.

After an extremely successful college career, it was no surprise that the Browns selected Mayfield as first overall, what was surprising though was that he was kept in reserve for the opening two weeks of the season as Hue Jackson decided to go with the experience of Taylor.

When Mayfield got his chance last night he did not disappoint as he threw 17 of 23 for 201 yards in a little over a half of football. He even executed a beautiful trick play to catch a pass in the end-zone to level the game.

The win ends Cleveland's winless run of 19 games and 635 days, the longest streak since the NFL/AFL merger in 1970.

So, the Browns are officially of the races. The only headache now for Hue Jackson is, does he stick with Baker Mayfield or remain loyal to Tyrod Taylor when he returns from concussion protocols.

Only time will tell, for now Browns fans can celebrate a sweet sweet victory.