In 2015, Tommy Bowe was in the stands at St Tiernach's Park when Monaghan won the Anglo-Celt Cup - their second Ulster championship triumph in three summers.

Just a couple of months out from what would be his second World Cup with Ireland, Bowe cheered on former GAA teammates Dessie Mone, Stephen Gollogly and Vinny Corey as they combined to see off Donegal.

Bowe's path diverged with that trio a good while before but here they were, back together and toasting one success. The Ulster and Ireland star spoke with SportsJOE about his beginnings as a Gaelic footballer and how much the sport means to him. 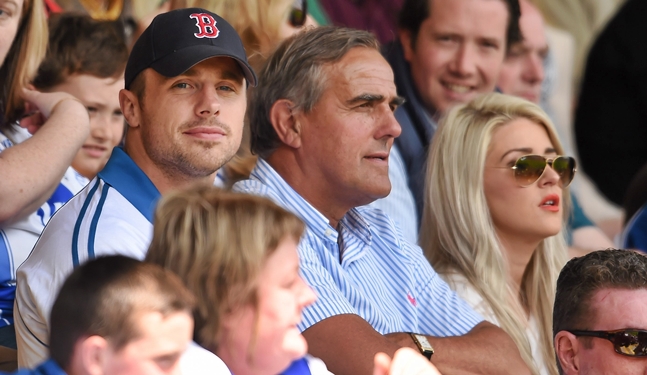 END_OF_DOCUMENT_TOKEN_TO_BE_REPLACED

Bowe played his club football with Emyvale while his early rugby days were spent playing with Monaghan in the main town. He was involved with the Monaghan minors, at 17, but despite togging out for a league game, did not make it onto the pitch.

"I used to love playing GAA. I grew up in Monaghan and all of my great mates, still, are guys I would have played with a long, long time ago.

"Unfortunately, I had to make a decision when I was about 17 years old. The way I used to work it, I'd play rugby predominantly in the winter time and Gaelic football in the summer time. It worked great but there was going to come a time where I was going to have to pick one or the other and rugby was always my number one love.

"But I still have great memories of playing Gaelic football. I enjoy going to see Monaghan whenever I can, I keep track of the local team and the All-Ireland as well. It's a sport I still have a huge amount of interest in."

His reason for getting involved in GAA will resonate with so many. He says:

"I went to a very small primary school in Monaghan and there was only one sport available then, and that was Gaelic football." 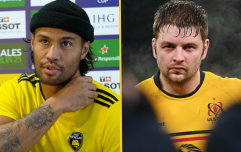 END_OF_DOCUMENT_TOKEN_TO_BE_REPLACED

Monaghan, like so many other counties across Ireland, lives and breathes GAA and Bowe, given his competitive nature and athletic abilities, was bitten by the bug.

Bowe talked more about his involvement in GAA, about his Ireland ambition and setting a four-year personal best for speed in preseason [from 26:55 below].

When the Farney native announced his retirement on Monday, plenty of his county folk got ideas.

@monaghangaa could be looking for a target man in full forward!

But, with regards to Bowe lacing up the football boots and turning out for Emyvale again, he's not so sure.

"By the time I finish playing rugby, if I'm still hanging together, I don't think they'd be too interested in me. Maybe in goals."


popular
Matt Williams wants two changes and Peter O'Mahony benched for Ireland vs. France
"Remember that name" - Sonny Bill Williams raves about Ireland U20 star after outrageous try assist
Peter O'Mahony reaction to Liam Williams scuffle shows he may finally be mellowing
Ireland vs Wales: All the big talking points, moments and player ratings
Two changes as familiar faces return to our Ireland team to face France
The two reasons why Aidan O'Shea's performance against Armagh was his best in ages
Allianz National League Round 2: All the action and talking points
You may also like
1 month ago
Ulster fans seething as 'official delegation' from La Rochelle allowed into closed-doors game
3 months ago
Malakai Fekitoa avoids red card as Munster fall to Ulster defeat
4 months ago
"No" - Anxious wait for Jacob Stockdale injury update after latest blow
4 months ago
Irish rugby stars on strongest teammates and biggest gym bunnies in their squad
4 months ago
"I was devastated not to be involved, but it was class watching them beat New Zealand" - Iain Henderson
1 week ago
Champions Cup Last 16 – dates, kick-off times & TV coverage confirmed
Next Page