Neil Back recalls himself and his England teammates being asked to record their weekly intake of food and drink, not long after rugby turned professional back in 1995.

Prop Jason Leonard noted that he had 28 pints of lager and when the astounded, part-time nutritionist asked just exactly he was up to each week to consume 28 pints, he was met with a confused look. "That's 20 pints on the Saturday and eight to settle the head on Sunday," Leonard replied.

The switch from amateurism to professional may have been a shock to the system for many players but the very best of them adapted. Leonard went on to make a then world record of 119 Test appearances [114 for England and five for the Lions] before he retired. The pints were there but not as many of them as before.

END_OF_DOCUMENT_TOKEN_TO_BE_REPLACED

If Back had a problem in his early days as a rugby player, it was that he - at 5-foot-10 and 14st 6lbs - was not considered big enough to make it as a Test player. Having signed for Leicester Tigers in 1990 and made his England debut in 1994, it was not until he returned from the 1997 Lions Tour that he became an England regular. He says:

"It took everyone two or three years to get their head around professionalism. The Lions, in 1997, was still very amateur. By the time the 2001 tour came around, every nation had strength and conditioning programmes in place. Guys were taking supplements and on personalised gym programmes.

"Because of my stature in the land of the giants, I felt I had to work harder than everyone else every day. I really took to it."

Back became the consummate professional. He went from trying to bulk up to concentrating on his athlete abilities and raw power to become one of the best openside flankers in the game. 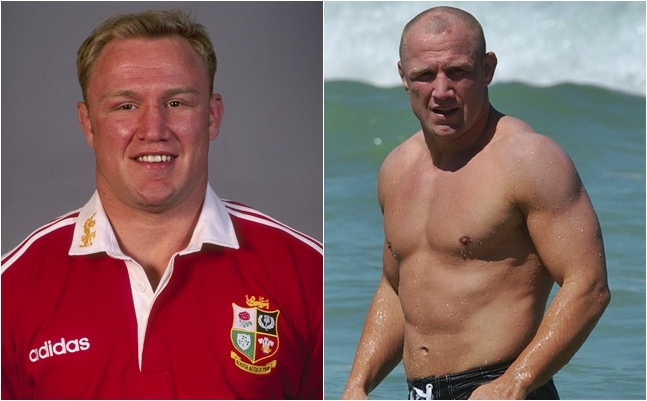 END_OF_DOCUMENT_TOKEN_TO_BE_REPLACED

The World Cup winner retired from playing in 2005, following his third Lions tour, and had already been training up as a coach at Leicester. He had coaching stints with Tigers, Leeds, Rugby Lions and Edinburgh before heading back to the business world in 2013.

For the first few years after he hung up the playing boots, Back still got involved in training. He confesses, "I had to ask myself after a while, 'What are you doing getting involved in the full contact sessions?'"

Back kept in decent nick by doing 'light gym work', cycling and running. He was still proud of his rugby players' physique but was maybe not so obsessed about staying in top condition.

END_OF_DOCUMENT_TOKEN_TO_BE_REPLACED

His fitness started to slip not long after he stepped away from rugby and found himself on the road for his commercial insurance job. Irregular, often long, hours, nights away from home and a heap of miles clocked on the road did not help. His sleep began to suffer and he started to gain pounds. He would find himself more fatigued that he had ever felt.

Back's problems are experienced by many people who were once very active in sport and who find other responsibilities are crowding in and demanding more time. It is easy for everyone and anyone to slip but getting back up and starting again is not so simple. 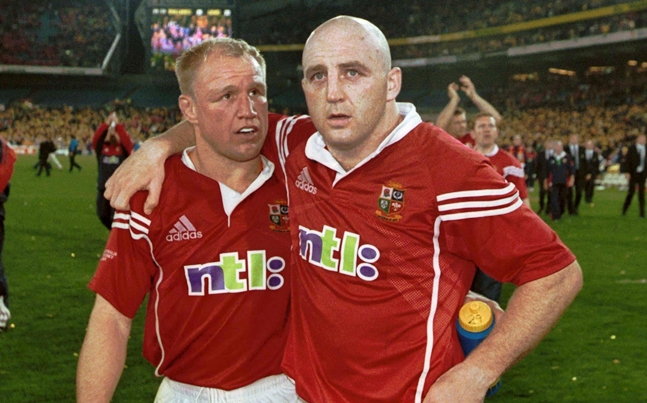 Back reached out to Sam Yassin [S&C coach] and Jack Baker [nutrition coach] and, between all three, a 12-week programme was created. Put simply, it involves eating much better and cooking more meals and finding time in one's day to do some fitness work.

The 48-year-old was so taken with the programme that he set up Back 2 Fitness and put himself forward as the guinea pig for the 12 week stint.

The rugby star gradually got back into the groove, over the 12 weeks, and the results at the conclusion of his tailor-made programme were impressive. "I lost 6.2 kilos over 12 weeks, my body fat dropped from 11.9% to 8.2%.

"More importantly, my energy levels increased, I was sleeping better and my self esteem shot up."

A website was created to back up that programme, last December, and to offer training and nutritional tips as well as advice on how to cope with injuries and illnesses.

For more on the Back 2 Fitness programmes, check here.


popular
Iran demand action by FIFA after USA team change flag on social media
World Cup 2022 Day Nine: All the major action and talking points
"I appreciate Moycullen now more than ever" - Cooke's American lifestyle from a Moycullen base
Roy Keane's issue with Argentina star could rival Graeme Souness and Paul Pogba
GAA JOE Team of the weekend
"It's not acceptable. It was out of order." - Hamann blasts Rudiger for appearing to disrespect Japanese player
Roy Keane cracked up Ian Wright and Gary Neville with England team spirit remark
You may also like
1 month ago
Taking on the Dublin City Marathon? Here are 4 top training tips to help you prepare for the run
1 month ago
Looking for healthcare on-the-go? This handy online prescription service could be the perfect solution
5 months ago
Join our ultimate sports quiz in Dublin for a chance to WIN a trip to a Premier League game
7 months ago
Join Munster legend Billy Holland for this free mortgage masterclass
10 months ago
[CLOSED] COMPETITION: WIN a two-night stay at the luxury Trident Hotel in Kinsale Harbour
11 months ago
Here's where you can find some incredible deals on exercise machines in 2022
Next Page