They were the only country to do it.

Irish fans didn't have to wait too long to see their athletes on display as Ireland were one of the first countries to walk out during the opening ceremony.

Boxers Kellie Harrington and Brendan Irvine lead Team Ireland out, proudly waving the national flag, a moment which they will remember forever.

Due to COVID-19, there were no spectators permitted in the venue and the athletes were encourages to remain as quiet as they can, to prevent the further spread of Covid. 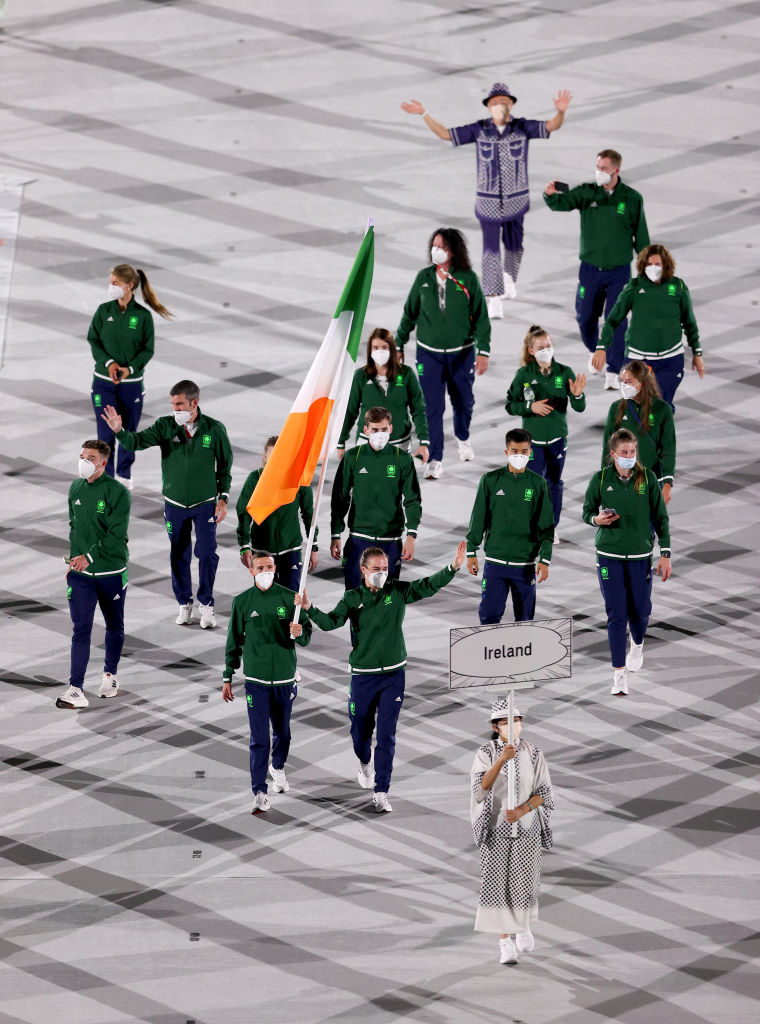 As the team walked in they stopped to bow to representatives from the host nation – a gesture which is very important in Japanese culture.

They were the only team to honour the Japanese tradition by performing this bow, and it is the perfect to start to what we hope is a respectful and successful Olympic tournament for Ireland.

Ireland’s national team stopping to bow as they enter the stadium #Olympics pic.twitter.com/s7aXNYo4x0

Irish fans have always had a great reputation of being a respectful and entertaining nation, particularly when it came to sports.

During Euro 2016 the Republic and Northern Ireland teams were both awarded the 'Fans of the Tournament' award, and although no fans can travel to Tokyo, the athletes are continuing to enhance the country's respectful reputation.


popular
Roy Keane flatly rejects longstanding perception of ex-Man United midfielder Paul Ince
Allianz National Football League Round 1: All the action and talking points
Sean Dyche set to be named Everton manager after Marcelo Bielsa talks break down
British publication urges Gareth Southgate to claim Evan Ferguson for England
"Not cool" - Jurgen Klopp far from happy with question about late Liverpool fouls
John Egan breaks Wrexham hearts and denies Ryan Reynolds a Hollywood ending
Roy Keane leaves ITV pundits in stitches after Pep Guardiola's pre-match interview
You may also like
2 days ago
Katie Taylor's rematch with Amanda Serrano 'highly unlikely' to take place at Croke Park
6 days ago
Anthony Joshua agrees to face American heavyweight
1 week ago
Chris Eubank admits that he regrets "ugly build-up" to fight with Liam Smith
1 week ago
Liam Smith throws uppercut from the gods to stop Chris Eubank in fourth round
1 week ago
Floyd Mayweather announces his first ever UK fight at the O2 Arena
1 week ago
Liam Smith asks Chris Eubank if he is gay in the most bizarre press conference you will ever see
Next Page