It is so, so heartening to hear a rugby player speaking passionately about gay marriage

In 2010, Australian rugby star David Pocock held a commitment ceremony with his partner Emma Palandri in front of family and friends, in Perth. He hopes to marry her one day but will not do so until everyone in Australia, no matter their sexual orientation, can do likewise.

It is a noble stand-point from Pocock, who captained the Wallabies to a 25-23 weekend win over France.

The 28-year-old is in Ireland this week ahead of Saturday's Test with Joe Schmidt's men and he has nothing but praise for the team, and the country. 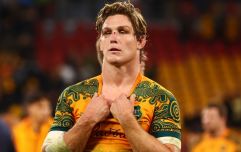 END_OF_DOCUMENT_TOKEN_TO_BE_REPLACED

Pocock tells us he was 'incredibly impressed' with Ireland's win over the All Blacks in Chicago. Over the past two days, the Aussies have been poring over footage of Ireland's two frenetic games with New Zealand and their handsome win over Canada.

It has been seven years since Pocock played in Dublin, made an absolute nuisance of himself and claimed the man-of-the-match accolade in drawn encounter. In the interim, he has had two knee reconstructions, inspired his country to a World Cup final and won a mountain of turnover ball. 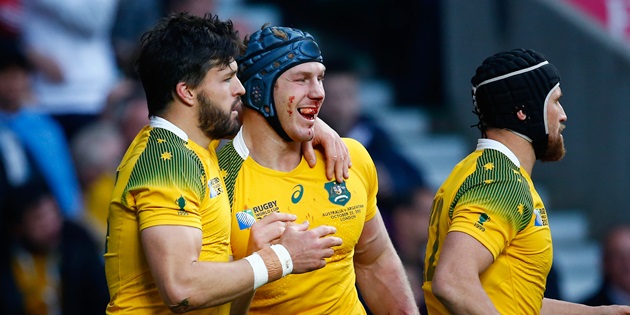 He ticks all the typical rugby player boxes when asked about games, opponents or tactics - 'tough day', 'we respect them', 'we've got some ideas in mind' - but ask him about his charitable endeavours, human rights advocacy or his campaigning for same-sex marriage and he livens up.

"I thought the Irish [referendum on marriage equality] was really encouraging," he says. "It was so good to see." Pocock continues:

"Our politicians in Australia have really let us down on that issue. That [Irish] vote showed that, at a societal level, it is something most people have moved on from. It's an issue that just needs to be legislated so we can just move on and continue to make society more inclusive for everyone. In Australia, the politics is certainly hampering that despite the societal shift." 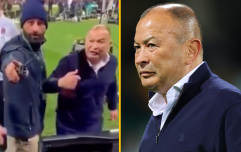 "Come down here and say that!" - Eddie Jones clashes with Wallabies fan that called him "traitor"

END_OF_DOCUMENT_TOKEN_TO_BE_REPLACED

Pocock does not sound too encouraged about Australia following Ireland's 2015 lead.

He says, "They have been talking about potentially having it but I'm not sure when exactly someone will present another bill into parliament.

"The ruling Conservative party don't allow their members to have a conscience vote, they have to tow the party line. We'll wait and see."

That does not mean Pocock, his circle, and a large section of Australian society are going to give up the fight.

Indeed, the flanker's comments on the everyday changes we can all bring to bear a truly uplifting. He comments:

"As a citizen, all you can do is challenge homophobia in your life, in your family and in your work-place, and get the conversation going.

"I'm incredibly proud of how the Australian Rugby Union has led in this area - introducing an inclusion policy and really supporting the Bingham Cup and a whole bunch of other stuff. That's real leadership.

"In my opinion, sport is sometimes at its best when it is leading the way and helping society to be more inclusive, to break down the things people may think, that makes us different or keep us apart."

Noble words from a noble Australian and a damn fine rugby player.


popular
"I went up to the Italians and gave them a big auld shoulder" - Paul O'Donovan does it again
Wexford, Waterford and Kilkenny down some good men as Australia calls
Wexford Under-20 lights it up as Ferns win their first ever county title
Man United have 'decided to sell' promising midfielder James Garner
Graeme Souness under fire for calling football a ‘man’s game' while sat with Karen Carney
Luke Chadwick recalls furious Alex Ferguson reaction when he rejected loan move
Erik ten Hag's training ground punishment for Man United shows there may be hope yet
You may also like
1 month ago
Australian TV star loses it over 'embarrassing' AFL photo of Marcus Rashford
1 month ago
Danny Care returns to England team as three changes made for Australia decider
1 month ago
England go back to brutal basics to level Test Series with Australia
1 month ago
Eddie Jones makes four changes to England team for Second Test against Australia
1 month ago
Henry Arundell on extremely sound Owen Farrell gesture after his try-scoring debut
1 month ago
Eddie Jones on the defensive as England lose to 14-man Australia
Next Page