"Not on my watch", was a phrase we had as players.

Ian Jones had the pleasure of playing Ireland four times in his 79-Test All Blacks career. New Zealand were pushed close in Dunedin, in 1992, but responded by trouncing Ireland 59-6 the weekend after. The other two victories were also blow-outs.

END_OF_DOCUMENT_TOKEN_TO_BE_REPLACED

An amateur when he made his New Zealand debut in 1990, Jones' last Test outing was in October 1999 and he retired not long after and left the sport to the full-on professionals. Conrad Smith was one of that new breed and, such were the changes of the game in the 21st century, that he would be facing northern hemisphere sides more frequently.

The former Hurricanes and Pau centre made 94 Test appearances for New Zealand, won two World Cups with his country and finished with a win percentage of just under 90%.

Smith played Ireland on seven occasions and was never on the losing side. For 128 years, until Joe Schmidt's side made history in Chicago, that is just the way it was.

During an appearance at the Guinness Storehouse for Baz & Andrew's House of Rugby, Smith recalled his past battles with Ireland - including close calls in Christchurch and Dublin - and taking on the men in green at Croke Park in 2008. 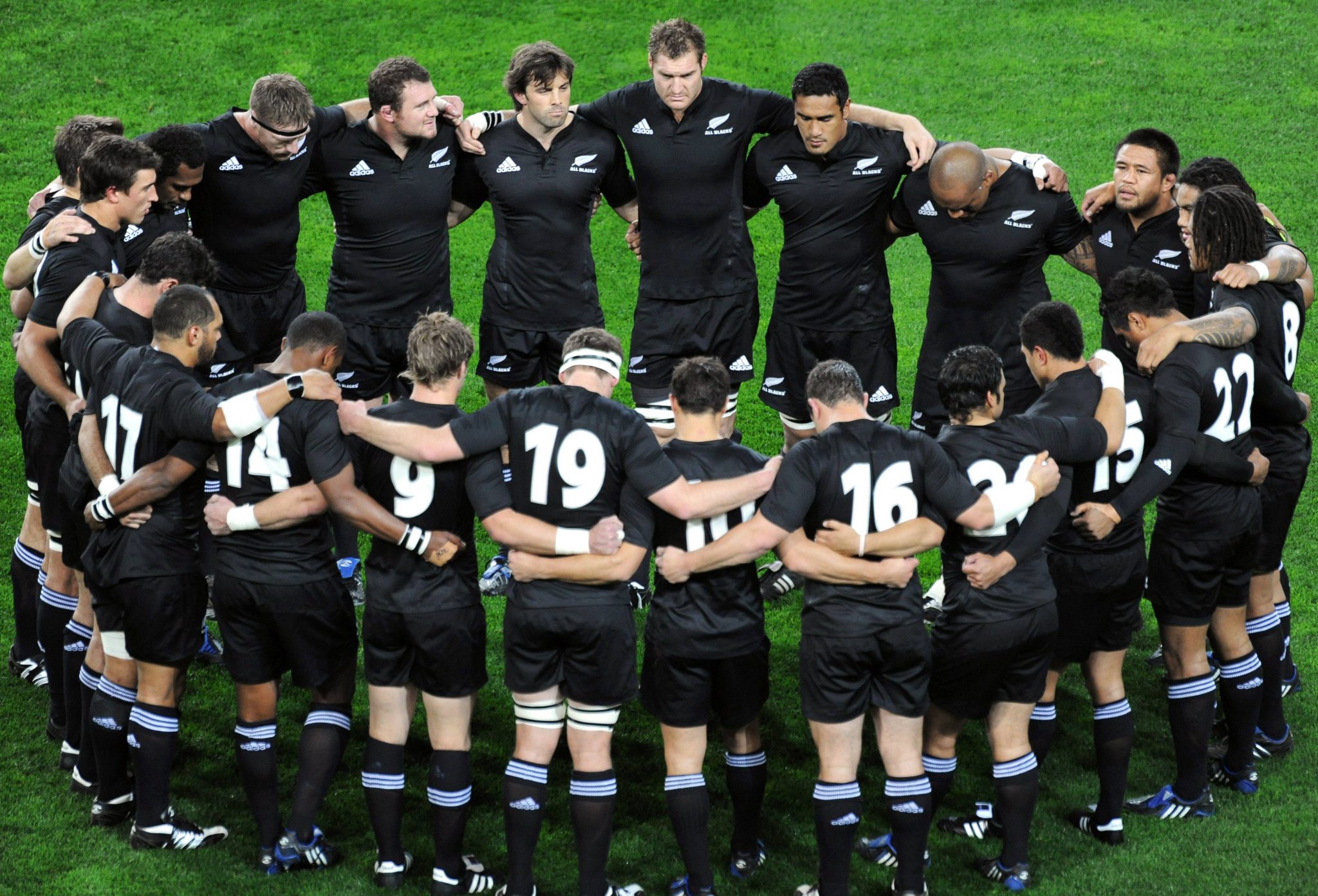 Conrad Smith and his All Blacks teammates speak in a huddle before taking on Ireland at Croke Park in 2008. (Credit: Sportsfile)

END_OF_DOCUMENT_TOKEN_TO_BE_REPLACED

Ireland had shifted from Lansdowne Road to Jones' Road while work on a revamped Aviva Stadium was taking place. The Gaelic Athletic Association voted to modify Rule 42, which had previously prohibited the playing of non-Gaelic games in GAA stadiums.

There was a crowd of just under 78,000 at Croke Park that day and the Kiwis got a rousing welcome before the game kicked off.

"It is something the All Blacks do well," Smith began. "We've always realised the significance of games and grounds.

"I was part of an information and background committee that we had in the team, at the time. So I had to go and do a bit of research about the ground. I knew a little bit, going in, but read more into it.

"I remember speaking to the team - we had a captain's run at the ground the day before - and I told the players about the significance of the place, and the history. I think it was important that we recognised that, because we didn't want to be ambushed by an Irish side that were playing at such a special place. We knew how much it meant to them.

"For us to do that, it gives us a bit of a lift too. We always did that. It was a bit of respect for the teams we were playing and the places where we played. You're not always playing in a place as special as Croke Park, but it's important to us to know what we're up against." 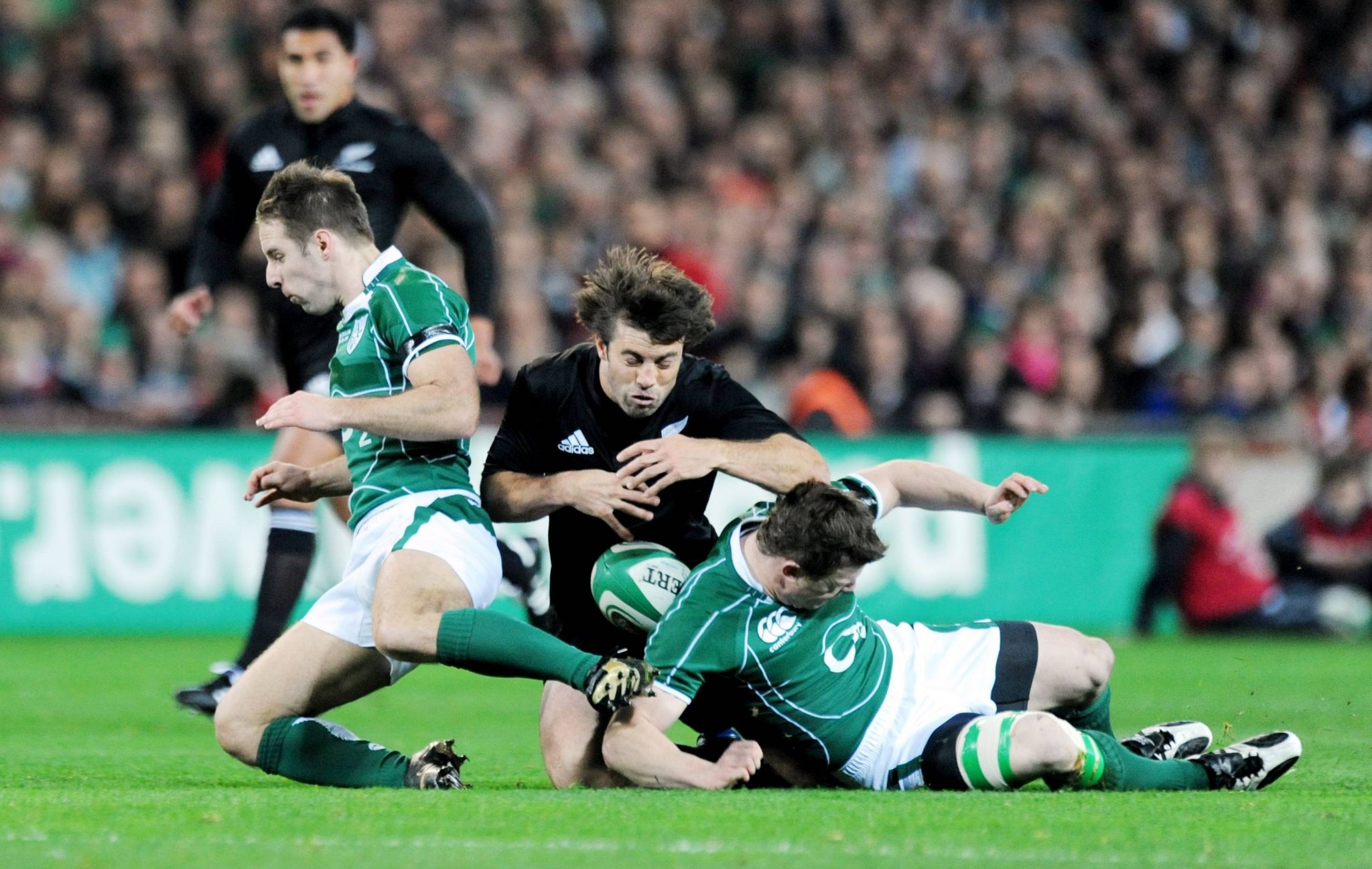 The first half was an arm-wrestle and scoring chances were scant. Dan Carter put the All Blacks 3-0 ahead before Ronan O'Gara levelled matters. And so it was until Tommy Bowe swatted the ball out of play to prevent a Richie McCaw try.

The winger was yellow carded and New Zealand were awarded a penalty try that left Ireland 10-3 down and meant they had to start the second half with 14 men. Ma'a Nonu scored a try during that period and, at 17-3 down, it was effectively game over. Brad Thorn drove home the final nail, on 52 minutes, that the game finished out 22-3 to Smith and the All Blacks.

Smith notes that games against England would often focus on the fact that the trophy up for grabs, in those Tests, is the Edmund Hilary Shield. "A lot of people don't know what he achieved," Smith said of the man credited with climbing Mt Everest first, "so you would take the time to explain that."

Before England took on Ireland at Croke Park in 2007, former Irish fullback Conor O'Shea was called in by their head coach Brian Ashton to give a similar history lesson.

England knew the magnitude of facing Ireland at the GAA headquarters that March evening but, as then Ireland coach Eddie O'Sullivan once told us, "We were never going to lose. We were only coming off that field as winners."

And so they did. Ireland beat England 43-13 and repeated the dose on their way to a Six Nations Grand Slam in 2009.


popular
World Cup 2022 Day 10: All the major action and talking points
Iran demand action by FIFA after USA team change flag on social media
Thibaut Courtois warns teammates after leaks emerge from Belgium camp
"I can absolutely say that I have never enjoyed a job more" - McKaigue revelling in new role as Slaughtneil GPO
Roy Keane's issue with Argentina star could rival Graeme Souness and Paul Pogba
"I have equal love for football and hurling" - Sheehy set for two Leinster finals in two hours
World Cup 2022 Day Nine: All the major action and talking points
You may also like
4 days ago
Former England international admits he wishes he had played for Ireland
1 week ago
Two baffling omissions as four Ireland stars make World Rugby 'Dream Team' of the Year
1 week ago
Josh van der Flier claims World Rugby Player of the Year at Monaco ceremony
1 week ago
"Highlight of my Ireland career" - Behind the scenes as Jack Crowley and Ross Byrne covered for a legend
1 week ago
Bundee Aki reminded us all of his best qualities, on a night Ireland couldn't do without him
1 week ago
Peter O'Mahony delivered some fitting Jack Crowley comments after surprise Test start
Next Page