'Get us some ball, give me five minutes and I'll get it done here' - Brian O'Driscoll

Rory Best walks out of the room after politely hanging around to chat for a few minutes after his interview. Sip of water, reposition the microphone pack and in comes Brian O'Driscoll.

Between Rory Best and Brian O'Driscoll, they have led Ireland on 117 occasions, won two Grand Slams and, should the Ulster hooker start next Saturday, captained the team at three World Cups.

We are in a Dublin office on Ely Place just two days before Ireland fly out to Japan. Best and his Ireland teammates are aiming to reach and go beyond the quarter final stages while O'Driscoll will be hoping they do just that for more reasons than one. He insists Ireland have what it takes to win the World Cup and he is also planning to reach Japan for the knock-out stages.

The theme of my chats - for Baz & Andrew's House of Rugby - with O'Driscoll and Best are based around what goes into captaining Ireland and playing to the best of your abilities while also coping with the added responsibilities, and pressures, of being a leader of men. 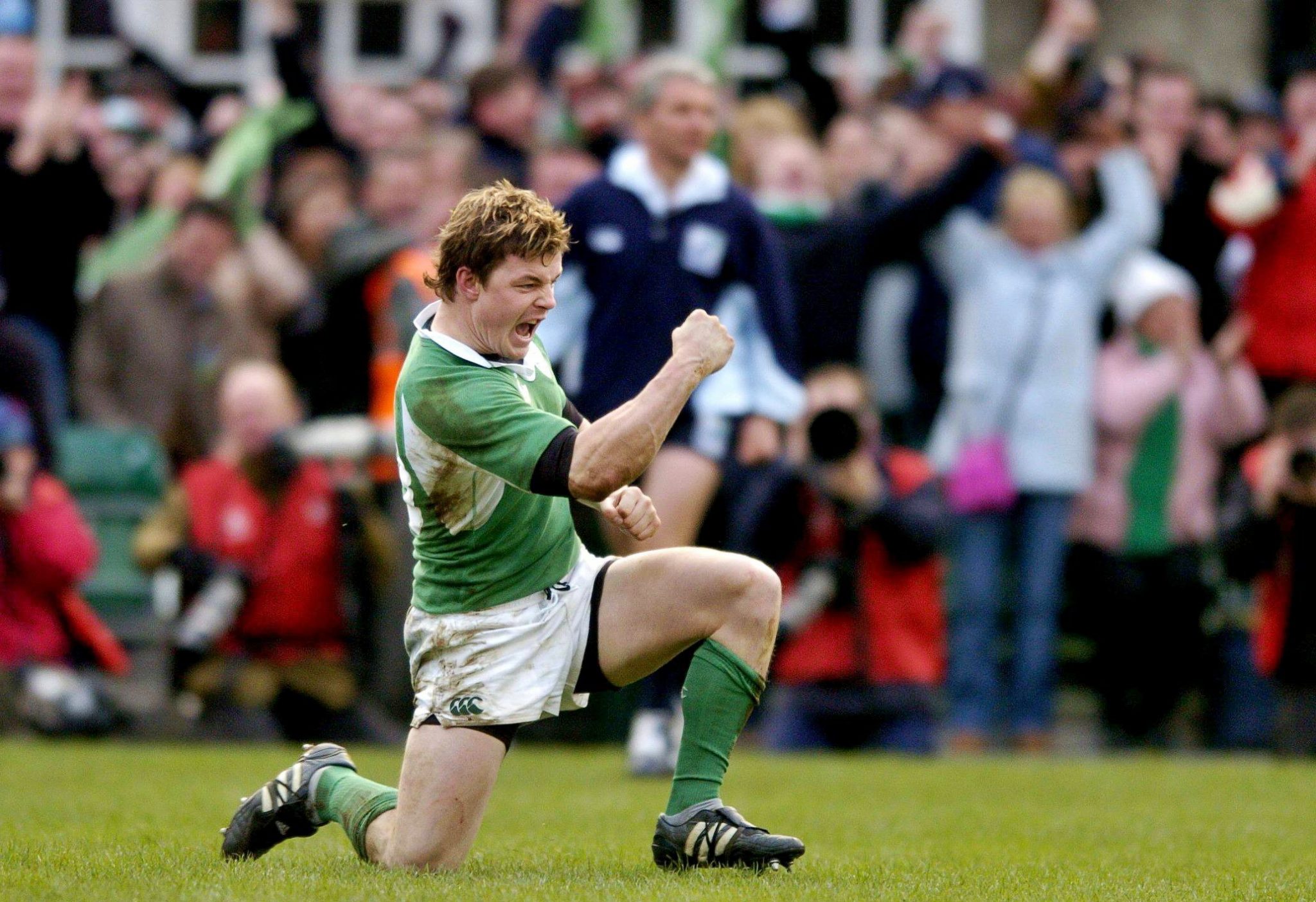 From as soon as he came into the Ireland set-up, Brian O'Driscoll was possessed with a sense that he could be the game-breaker. The match-winner.

"I always thought that. When we lost [to Argentina] in Lens in 1999 [at the World Cup], I thought I was going to be the difference that night.

"I was like, 'It's grand. Get us some ball and, do you know what, just give me five minutes, give me 10 minutes and I'll get it done here'. But it didn't happen. But that comes with backing yourself and believing yourself."

"There are times when there were question marks around yourself," O'Driscoll adds, "and your confidence takes a dint but, for the most part, I had big belief around myself and in the team's ability."

O'Driscoll captained Ireland for the first time in November 2002, aged 23, and led his side to an 18-9 victory over Australia. He would not take up the role full-time until after Keith Wood retired from Test rugby after the 2003 World Cup.

END_OF_DOCUMENT_TOKEN_TO_BE_REPLACED

O'Driscoll's captaincy coincided with an up-surge in Irish fortunes. There were ceremonial trophies for home wins over the likes of Australia and South Africa while Triple Crowns in 2004, 2006 and 2007 were the first bits of Home/Six Nations silverware in nearly two decades.

The country's most capped player, and record try-scorer, says he picked up a lot from Woods' captaincy style but also took from many of the captains he played under at school, for UCD, Leinster, Ireland and even in underage GAA.

"Leadership is absolutely what you do rather than what you say, first and foremost. And you talk about respect. That's how you get respect - by doing, not saying.

Leading by example was most certainly the way O'Driscoll went about his captaincy, from that 2002 taster until 2008, when his form slipped a touch from his usual, stellar heights. 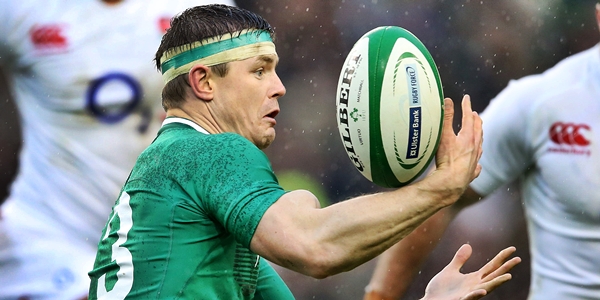 He credits his chats with sports psychologist Enda McNulty for rediscovering his 'A' game and focusing on what he did best. Around the same time, too, O'Driscoll recognised that he did not possess the same acceleration as his late teens and early to mid 20s.

He says he became 'more of a facilitator, rather than a strike player' but he made up for the lessening of clean breaks and tries by contributing more around the breakdown and by slipping teammates in for scores with the sort of passes he himself would love to be on the end of.

2009 to 2012 was O'Driscoll Mark II and a player aware of how his talents could best help his team.

"There was a period in my late 20s and early 30s where Ireland had success, Leinster had success, and I was obviously a contributor to that. But I also lived off the confidence and the momentum of those teams.

"You look back to different individual performances and feeling good, all the way back to France in 2000, where I felt great that day. I remember feeling fast and that I could cause problems. I suppose you might not expect to score three tries and for us to win for the first time in 30 years, but those moments you look back on and say, 'There's a reason I played well and it's because I felt great'.

"That might only happen to you - feeling that good - around for or five times during your career but it's just a matter of - Can you pack those together for the really good games in your career? There's no point doing it in the PRO14 against Zebre. You know, save them for England!"

END_OF_DOCUMENT_TOKEN_TO_BE_REPLACED

There are many players in the current Ireland squad that would attest to that, and O'Driscoll will be hoping that the likes of Best, Peter O'Mahony, Johnny Sexton and more will up the ante when the time comes. He insists Ireland can surpass anything the World Cup sides he played for, from 1999 to 2011, ever achieved.

The time has come to break the mould. 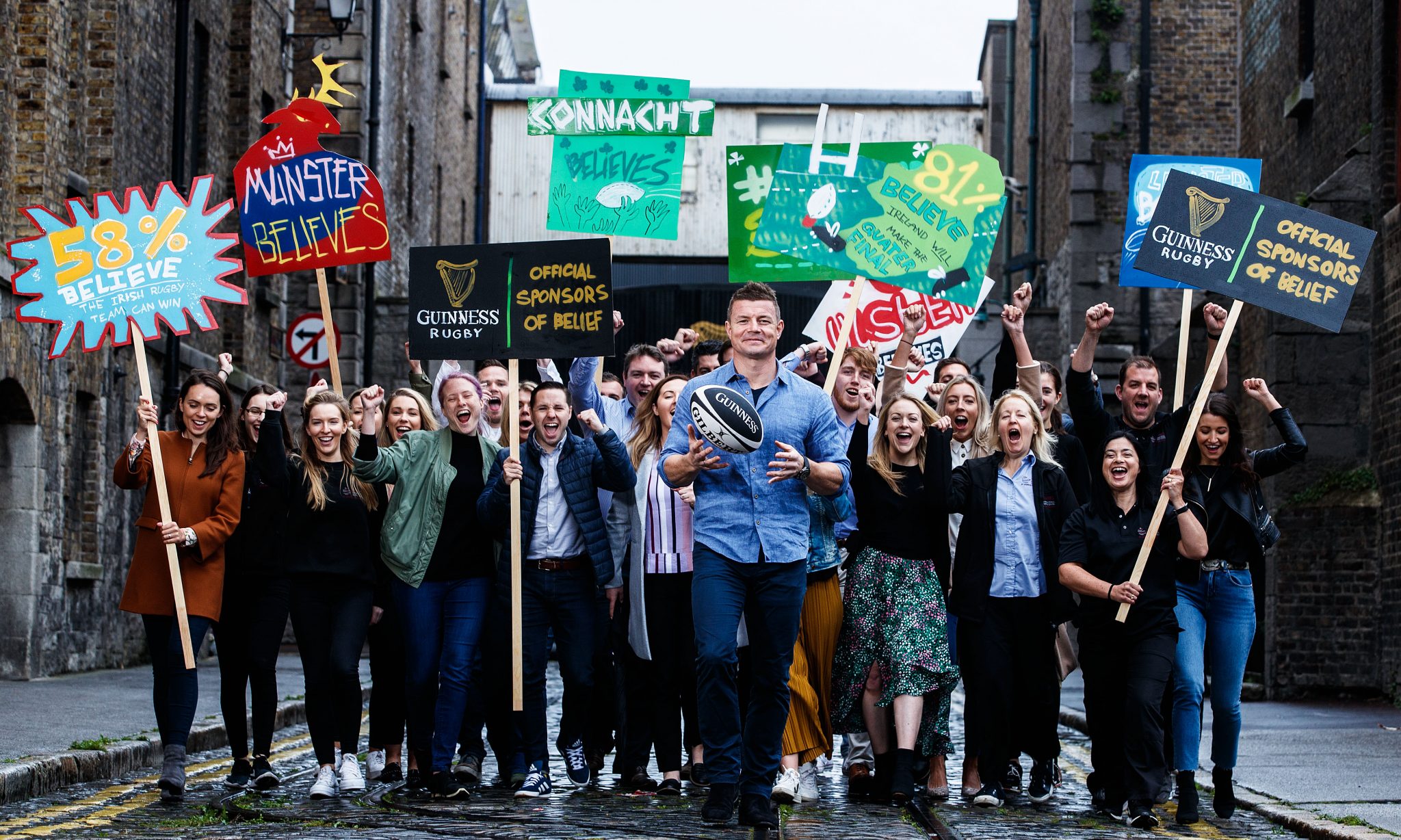 Guinness has partnered with Ireland’s No. 1 Believer, Brian O’Driscoll, (pictured at the Guinness Storehouse) to highlight the importance of belief and showcase the reasons to believe. Fans wanting to demonstrate their belief in the Irish rugby team can avail of Belief Giphys available here. ©INPHO/Dan Sheridan

Ireland have the backing and belief from their greatest ever rugby player.

Let's see how it all plays out in Japan.


popular
Jose Mourinho is the picture of happiness and health after Spurs sacking
'Make him hurt, make him yours' - How the Springboks ruled the world
In 86 seconds, Patrick Bamford becomes English football's voice of reason
Springboks legend Tendai Mtawawira tells us what he really thinks of Ellis Genge
'Beast' Mtawawira is a big fan of Mike Ross' Lions front row
Jose Mourinho is about to step up and become the hero football needs
"We did find him hours later and we made up." - How Flynn and his best friend came to blows in Croke Park
You may also like
5 days ago
Rating the chances of Leinster's 16 Lions hopefuls
6 days ago
Jamie Carragher on how close he came to Ireland call-up
1 week ago
Full player ratings as Ireland dismantle Wales in Six Nations opener
1 week ago
Munster and Irish rugby almost lost out on one of their brightest stars
1 week ago
"I wake up in a cold sweat. I cannot, for the life of me, remember where my jersey is"
1 week ago
"I couldn’t speak, but Rhys could see that something serious was going on"
Next Page