Such a touching moment...

The first fight of the UFC 229 main card lived up to the hype as Michelle Waterson and Felice Herrig fought it out to the bitter end.

Both fighters have been around the game a while, but neither have fought for UFC gold, and with a lot of top ranked straw weights losing recently this fight felt like a title eliminator of sorts.

Tough one to call. Herrig was clearly the bigger stronger fighter, whilst Waterson had the speed and technique over her opponent. Something had to give.

Let's get this PPV started!!@KarateHottieMMA opens the main card against @FeliceHerrig at #UFC229!

In the end, the "Karate Hottie" was dominant in her display and came out with the unanimous decision victory.

The Jackson/Winklejohn stablemate completely nullified the strength of Herrig with her speed, beautifully keeping the Chicago native outside striking distance, and catching her with some beautiful front and side kicks as she attempted to get inside.

That front kick is lighting quick from @KarateHottieMMA! #UFC229 pic.twitter.com/4rkWW21ufa 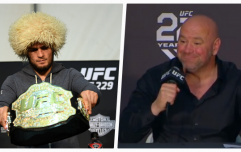 END_OF_DOCUMENT_TOKEN_TO_BE_REPLACED

Waterson, seemed in control and landed a sweet head kick midway through the second round before taking Herriq down. When Herriq landed on top of the former 105lb Invicta champion it looked like trouble for Waterson but she managed to land some nasty elbows from the ground which clearly hurt her opponent. 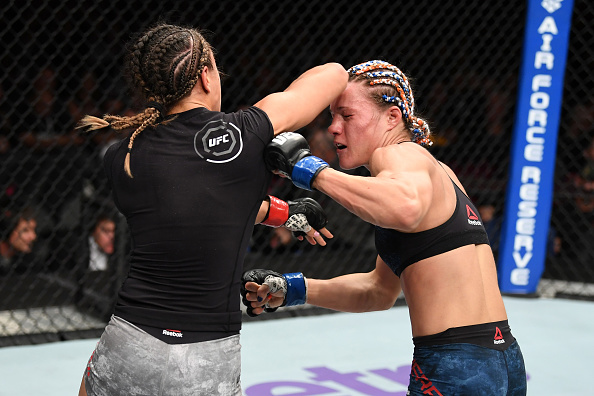 Waterson certified her win in the final round where she dominated from start to finish leaving the decision in no doubt. 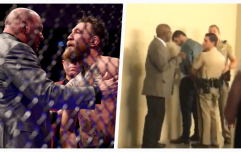 END_OF_DOCUMENT_TOKEN_TO_BE_REPLACED

"Karate Hottie" is very popular among fans, and is very active on social media where she regularly posts videos her life away from the Octagon with her daughter.

The married, mother of one spoke to UFC commentator Joe Rogan after the fight and endeared herself even more to fans when she said, "I want to be the first UFC champ that's a mom."

"I want to be the first UFC champ that's a Mom."

Give the girl a title shot already!

You may also like
3 years ago
Tony Ferguson victorious in bloody war with Anthony Pettis that will go down as one of the best fights of 2018
3 years ago
Conor McGregor: "Rattle this, rattle that. I am going to rattle his jaw on October 6"
3 years ago
Khabib vows to smash McGregor at UFC229 while also revealing current weight
3 years ago
John Kavanagh believes Khabib's strength may become his weakness at UFC229
3 years ago
Tyron Woodley predicts how he sees Conor McGregor's UFC return going down
3 years ago
UFC teases fans ahead of McGregor return with two new promo videos
Next Page