UFC Tampa: SportsJOE picks the winners so you don't have to

Off to sunny Tampa where there'll be a distinct lack of Tony Ferguson, Lyoto Machida and Dan Henderson.

'The Eagle' is set to land on Saturday night unless an AKA teammate manages to injure Khabib Nurmagomedov before he takes to the Octagon for the first time in two years.

The light heavyweight division is set for a new contender to emerge as former Jon Jones challengers Glover Teixeira and Rashad Evans go head-to-head in the main event.

END_OF_DOCUMENT_TOKEN_TO_BE_REPLACED

And the winner of Rose Namajunas vs. Tecia Torres will definitely be in with a shout to take on the winner of Jedrzejczyk vs. Gadelha this summer for strawweight gold.

Here's what our MMA writers' records for the year look like thus far.

END_OF_DOCUMENT_TOKEN_TO_BE_REPLACED

DM: In their primes, I think Rashad Evans takes Teixeira but the years have not been kind to 'Suga.'

He just about got the decision over Dan Henderson and his TKO of Chael Sonnen, a middleweight, is the only other victory Evans has enjoyed since 2012.

Evans' strengths are his boxing and wrestling. I feel that Teixeira has an edge on the feet and has decent enough defensive wrestling to hold the TUF 2 winner off.

END_OF_DOCUMENT_TOKEN_TO_BE_REPLACED

I see Evans getting lit up at close range by Teixeira before he dives on a takedown but gets either punished by an arcing uppercut or gets trapped in a guillotine choke. Teixeira by submission (round three)

BK: Nostalgia almost got the better of me for this fight. I've always been a massive fan of Rashad Evans, but when you weigh everything up, this is Teixeira's fight to lose.

In my opinion, Evans hasn't beaten a top level opponent who's at the peak of their powers since he took a unanimous decision against Phil Davis in 2012. He was manhandled by Ryan Bader in his last fight, which could well be because of ring rust. However, we cannot ignore the fact that he could also just be slightly trailing behind the up-and-coming contenders in the division.

Although Teixeira is the same age as Evans (36), the Brazilian appears to be a little less worn down by years of competing, a miraculous feat considering Jon Jones nearly tore his shoulder clean off. Good wins against Ovince Saint Preux and Pat Cummins in his last two bouts suggest he can still launch another title run.

I haven't seen any evidence of late from former champion Evans that he can propel himself back into that title frame. Teixeira via decision 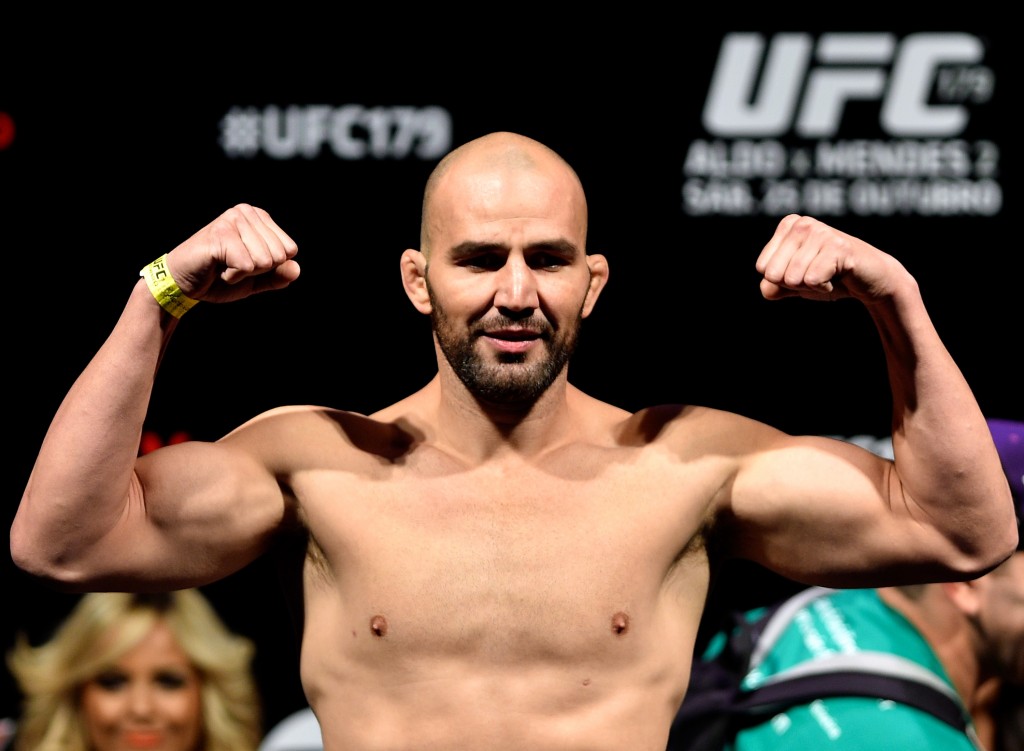 DM: Logic would dictate that Tecia Torres should be favoured here because she already holds a win over 'Thug' but I'm not the most logical man in the world.

I think, when you look at how both fighters have improved, Rose's technical trajectory has far exceeded that of Torres so I'm going to give Namajunas the nod.

I believe Torres may have the advantage in grittiness but Rose can outstrike almost anyone at 115 lbs and her ground game is no joke. Namajunas via TKO (round two)

BK: I'm willing to go against the consensus here and admit that I genuinely enjoy watching Torres fight. Sure, she's never got a finish in her professional career, but man does she know how to stick to a gameplan and get the win.

Namajunas has improved a lot since losing to the Tiny Tornado in Invicta, but I feel like Torres still has the beating of Thug. Torres via decision

DM: The uncrowned champion by however the hell he wants. Nurmagomedov via TKO (round one)

BK: There's no such thing as a sure-thing, but this is pretty damn close. In my opinion, if the Dagestani fighter could just stay injury-free, he would have been the lightweight champion by now. A win here and surely he'll get his shot at the belt. Nurmagomedov via submission (round two)

DM: Cub Swanson is far too good a fighter to go 0-3 in the UFC, simple as.

He may be second best on the ground against a wizard like Hacran Dias but I think his striking advantage far outweights Dias' grappling superiority.

For Dias to win, he must get Swanson to the mat which is easier said than done and Swanson has under-appreciated power in his hands. Swanson via TKO (round one)

BK: The last time I saw Cub Swanson, he was getting his ass handed to him by Nick Jonas on the TV show Kingdom. So it's good to see him make his comeback inside the cage.

Swanson should have the advantage in the striking department and has the ability to put Dias away, but it all depends on where he's at mentally after going on that two-fight skid. Swanson via TKO (round three)