UFC Stockholm: SportsJOE picks the winners so you don't have to

The next challenger for Jon Jones' title will be decided as the man who gave "Bones" the most trouble in his carer, Alexander Gustafsson, takes on the heavy-handed Anthony Johnson in Stockholm.

Our writers go head-to-head once more for the honour of "that one's slightly better than the other one at guessing!"

END_OF_DOCUMENT_TOKEN_TO_BE_REPLACED

DM: Home advantage could be key here for Sweden's Alexander Gustafsson but that's not to say that Anthony Johnson can't knock him out. "Rumble" has knocked out men in seemingly every division that exists in mixed martial arts. He's gone from knocking out small welterweights like Charlie Brenneman to giant heavyweights like Andrei Arlovski and, if he catches any fighter square, they will go down.

But I don't think he'll get the chance to tag Gustafsson. "The Mauler" is a rangy fighter who arguably uses his length better than anyone. Gus is a surprisingly good fighter at fighting on the inside too but I don't see him attempting any of that nonsense with Johnson.

He'll stay on the outside in the striking department and look to drag this into the fourth and fifth rounds to test the cardio of Johnson, who has never been past the third. Gustaffson via decision.

END_OF_DOCUMENT_TOKEN_TO_BE_REPLACED

BK: This fight is a lot closer than people think. Davis can stand and bang with anyone in the division, with the obvious exception being Jon Jones, and is undefeated since moving up to light heavyweight. It's insane to think that this dude used compete at 170 lbs.

However, Gus has taken on the best in the game and lived to tell the tale. The Swede gave the P4P king arguably the toughest test of his career, taking the bout to a decision at UFC. Since then, he brutally defeated knockout artist Jimi Manuwa in the lion's den and has found himself on the cusp of title shot again.

It won't be easy night's work for The Mauler. Despite the reach advantage, his tendency to rush in and his lack of kick defence means he is likely to get tagged repeatedly by the sharp-shooter. However, the energy of the home crowd in the massive stadium should be enough to drive him to victory. Gustaffson via decision 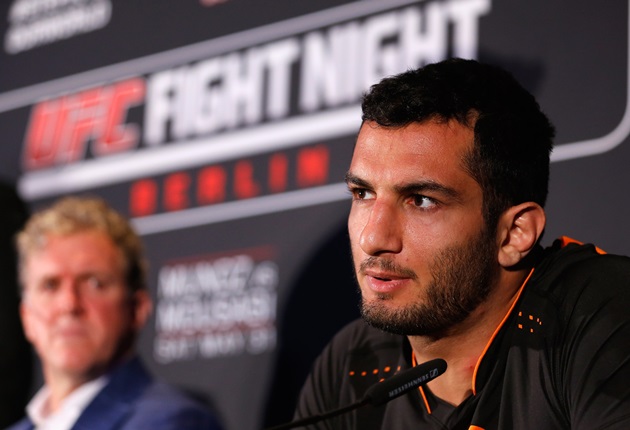 DM: It breaks my heart to say that Dan Henderson's best days are far behind him. He's gone 2-4 since his return to the UFC which is a terrible record for a man who is still ranked #9 at light heavyweight.

This fight is at middleweight though and I think Mousasi has far too much for 44-year-old. Gegard got past Mark Munoz who is a better wrestler than Henderson and "Hendo" has struggled in recent years with volume strikers like Vitor Belfort and Lyoto Machida. Mousasi via TKO (Round 3)

BK: Gegard's going to rock Dan Henderson. That's all but guaranteed for this bout. The question is, will the Dutch fighter hold his nerve to see home the victory?

As old and as "over the hill" the 44-year-old is, he still has that trusty h-bomb haymaker in his arsenal. We saw against Shogun that he's able to deploy that bad boy at any point during the fight, even if he is being mercilessly pummelled by his opponent. However, I think Mousasi is intelligent enough not to get caught with a knockout punch. Mousasi via TKO (Round 2) 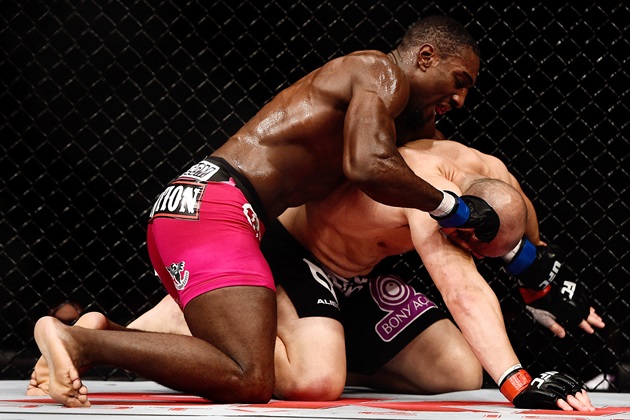 DM: What normally happens when two elite-level wrestlers meet is that it turns into a striking contest. And I believe Phil Davis is the better striker out of these two. Granted, Bader possesses the more power but I think Davis' athleticism and improved kickboxing will see him good here.

Their two common opponents of the past three years are Glover Teixeira and Lyoto Machida. The TUF 8 winner came unstuck against both men while Davis passed their tests with flying colours.

While common fights usually matter little in the fight game, I think it's an indicator that Mr Wonderful is able to turn it on for the big fights while Bader has struggled. Davis via unanimous decision.

BK: Bader's overall game has come on leaps and bounds in recent years. Both his striking and his grappling have improved immensely. While Bader has been slowly getting better, Davis' development appears to be stagnating a little.

While Mr Wonderful's wrestling and jiu-jitsu is outstanding, his striking still leaves a lot to be desired. However, he'll be bitter from being comprehensively battered by Rumble in his last trip to the Octagon and will be out to prove a point in Sweden. Davis via decision

DM: This is a bit of a pick-em with neither fighter really capturing my imagination in the octagon.

I initially had Sicilia picked to get lucky and land a wild knockout blow because I couldn't see either fighter doing anything else noteworthy.

But I've decided that this fight is simply destined for a fairly drab striking exchange, at the end of which one will be awarded a split decision and that means the crowd wins this fight for Corassani. Corassani via dodgy split decision.

BK: Now we move on to the "people's main event". By people, I mean anyone who likes to take a swig out of thermometres as a form of recreation. It's a truly horrid match-up between two fighters who really shouldn't be in the UFC. That being said, the lesser of two evils here is probably the American.

If this goes the distance I can see the Swede coming out on top on the scorecards by virtue of his nationality. However, I think Sicilia will land that knockout blow that ends this one early. Sicilia by TKO (Round 2)

And the Irish lads

DM: I think that both Ben and I will agree that we're picking more with our hearts than our heads when it comes to the boys in green.

On paper, Mirsad Bektic should take this fight because he has the better record and his opponent, our beloved "Redser," has accepted his UFC debut on just two weeks notice.

It will also be Redmond's first fight at featherweight but I have a funny feeling that the Dubliner could pull this out. Paul is a stud on the ground and goes for unorthodox stuff that a lot of guys won't have experienced before. And when you consider the adrenaline of your first fight on the big stage and the fact that all the pressure is on Bektic, this could definitely work out in Redmond's favour. Redmond via submission (Round 2)

BK: I thought Redser had a good shot at causing an upset here. His outstanding stand-up and lethal ground game make him a force to be reckoned with inside the cage.

However, the fact remains he missed weight, and by a good bit too. not only that, he looked emaciated at the weigh-ins. It was always going to be a tough cut for the natural 155-er, especially after the decadent Christmas period during which he had no fights lined up. I think the cut really took it out of him and I don't expect the see the real Paul Redmond in Stockholm.

Here's hoping he proves me wrong and grabs a Performance of the Night bonus with one of his trademark toe-holds. Bektic via decision 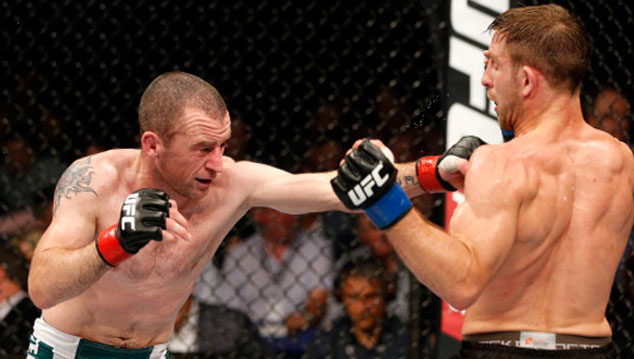 DM: Seery, like his teammate Paul Redmond, will be heavy underdogs going into their undercard fights. That's 100% based on the undefeated records of their opponents rather than any reflection on the skills of the Irishmen.

Seery wasn't given a chance when he took on Brad Pickett on short notice in his UFC debut and, despite losing a unanimous decision, he gave the perpetual top-15 fighter a serious run for his money.

He then dominated Phil Harris in Dublin last time around so it really wouldn't surprise me to see "2 Tap" upset the odds tomorrow night. Seery's boxing is some of the most underrated in the 125lb division and it will be close either way. Seery via split decision.

For my money, Seery's one of the most underrated fighters in the UFC and in terms of overall technical ability, I put him second among the Irish contingent, only to Conor McGregor. (Although, I expect Joseph Duffy to rapidly rise through the ranks in 2015)

He's fighting a much bigger, explosive talent in the form of undefeated Chris Beal but Seery definitely has the requisite skills to defeat him. His elite boxing, formidable ground game and iron chin make him an extremely well-rounded flyweight. If Beal thinks he's in for an easy ride here, he's going to have a nasty shock when that first counter punch lands on the button.Seery via decision