We've been spoiled this weekend for MMA as we're only just getting over Aisling Daly's stellar first round victory at The Ultimate Fighter 20 finale last night.

But our MMA writers are primed and ready to go as the big boys will go at it tonight with three heavyweight bouts on the four-fight main card. Six giants and a Diaz brother. Now that's an event we can get into. Here's how our men have picked thus far.

END_OF_DOCUMENT_TOKEN_TO_BE_REPLACED

DM: Matching up MMA fights is all about levels. Stipe Miocic was on a far better level than Fabio Maldonado when he destroyed the Brazilian in May. But JDS is on a level up from that again. Miocic would be the toughest heavyweight in any other organisation but in the UFC, there is just too much quality. JDS is arguably the best boxer in any weight class in the promotion and I've got him getting the finish. dos Santos by TKO (round 2)

BK: Miocic is a quality fighter but the UFC heavyweight division is a three-tier system. You've got Cain Velasquez, then Junior dos Santos (possibly Fabricio Werdum as well) and the rest. Miocic is well rounded but he has never fought anyone of JDS's calibre before. I don't think he knows what he's in for. dos Santos by TKO (Round 1) 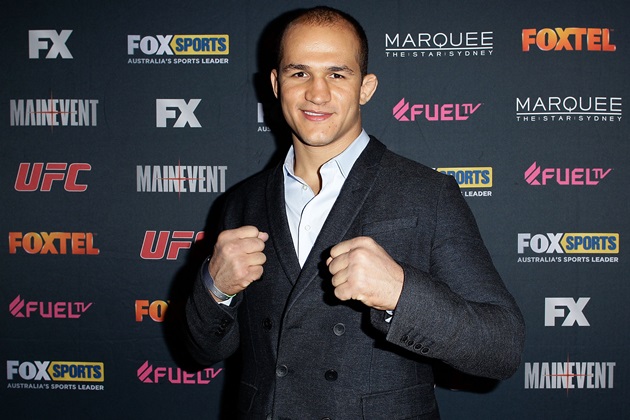 END_OF_DOCUMENT_TOKEN_TO_BE_REPLACED

DM: If you don't love both Diaz brothers, then I simply don't want you reading this. Nate Diaz is a beast, and clearly eats like one judging by his difficulty making weight. This is probably the most intriguing fight on the card because it's difficult to tell what will happen. dos Anjos is controlling from top positions but there are few people better off their back than Nate. dos Anjos has KO power on the feet but there are few better boxers than Nate. Sometimes in the picking game you've just got to take a punt with what you want to happen and I'm going for a Nate decision. Diaz by split decision.

BK: Even though Diaz was overweight by 5 pounds at the weigh-ins, I think dos Anjos's superior skill set will see him home to victory. The Brazillian comes into this bout off the back of a stunning KO victory over former lightweight champion Benson Henderson, and in that bout he really staked his claim for contendership. I wouldn't be surprised at all if Diaz got the upset but dos Anjos is the better fighter all-round and he certainly has the requisite skills to shut down the Stockton native's high-volume striking game and take home the decision. dos Anjos by Decision 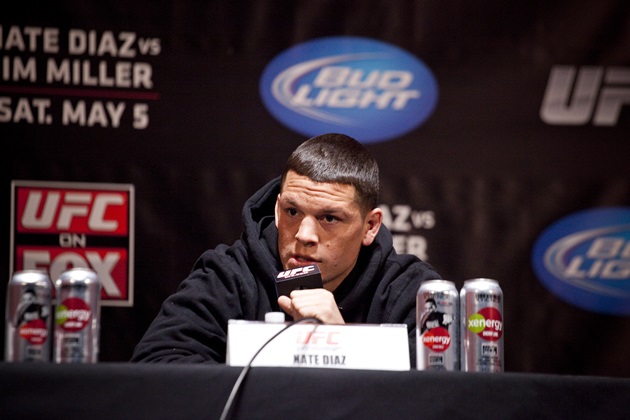 END_OF_DOCUMENT_TOKEN_TO_BE_REPLACED

DM: This is a battle of the glass chin and the reconstructed jaw. And it all depends on what side of the giant bed that Alistair woke up on this morning. Quite simply, if it goes past the first round then Struve has got a fantastic chance to grind down the questionable cardio of the muscleman but I don't think it gets past three minutes. Overeem by TKO (round 1)

BK: Struve's extended stay on the sidelines certainly won't do him any favours. On the other hand, Overeem's chin appears to be deteriorating rapidly, which isn't an ideal problem to have in the division of knockout artists. That being said, Overeem should win this bout with ease. Note the use of the word "should". Who knows what Overeem will turn up inside the Octagon?  Overeem by TKO (Round 1) 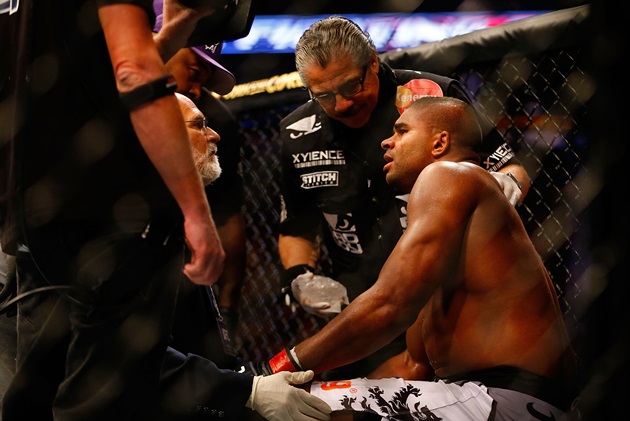 DM: This is going to be a short main card and it's going to get off to a short start. Don't expect too much of a points fight here. It's simply going to be a case of two behemoths swinging heavy arms. That is, until Gonzaga decides to take the fight to the ground where he can give fits to the vastly less experienced Matt Mitrione. I think it'll end up in a similar position to Travis Browne's finish of Brendan Schaub last weekend in favour of Gonzaga. So, Mitrione, expect an invitation to be a guest on Joe Rogan's podcast on Monday for a tongue-lashing. Gonzaga by TKO (Round 2)

BK: I'm a big fan of fat Chris Pratt... eh, I mean Matt Mitrione. He's always hit-or miss which makes him an exciting fighter to watch. Not to mention the huge power he wields in both his hands. While Gonzaga certainly has the advantage on the ground, I don't see the fight going there. I think Meathead's going to get the finish, early. Mitrione by KO (Round 1) 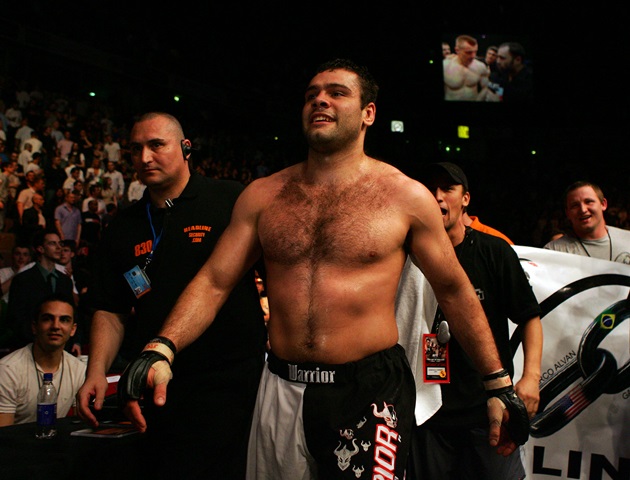