UFC Nashville: SportsJOE picks the winners so you don't have to

You're going to see casual fans' interest levels in the UFC drop a little bit in the weeks following UFC 190 as the two biggest draws in the sport, Ronda Rousey and Conor McGregor, have nothing on the horizon.

But there's going to be some fun fight nights coming up that ought not be neglected and tonight's event is no exception as the next light heavyweight challenger could well be decided.

DM: There's just too much uncertainty surrounding OSP for me to confidently pick him. He's amazing early on in fights and owns tremendous knockout power but I'm just more comfortable with Glover Teixeira's ability.

END_OF_DOCUMENT_TOKEN_TO_BE_REPLACED

In all areas I give Glover the technique advantage and he's quite simply too good a fighter to lose three fights in a row. I think OSP comes out swinging but won't be able to rock Teixeira the way he did with Cummins and Shogun.

Saint-Preux will get frustrated before beginning to take more and more risks and Teixeira takes advantage.

In a race, weight-lifting competition or any other test of strict athleticism, Saint-Preux takes this all day but this is a fight and in that realm, Teixeira is superior. Teixeira via TKO (round 2)

BK: It all depends on what condition Teixeira is in. While he is the more technically gifted fighter, the 35-year-old may be suffering from decline. Losing to the great Jon Bones Jones is nothing to be ashamed of, but he looked abysmal in that defeat to Phil Davis in the follow-up fight.

END_OF_DOCUMENT_TOKEN_TO_BE_REPLACED

Teixeria's pressure heavy style could make play nicely into OSP's favour. St. Preux's last two victories came by way of that beautifully set up, "open-door" hook after his opponent rushed in. If the Brazilian comes out all guns blazing, we could see this counter stop the fight early. OSP via TKO (round two)

DM: Holy sh*t the lightweight division is stacked. These guys are literally two of the best in the world at 155 lbs and a win still won't earn either a title shot.

Johnson is one of the most underrated fighters in the world and is amazing everywhere - his power, striking technique and wrestling are all world class but if there's one area in which he struggles it's with his submission defence.

Johnson tends to panic when put in uncomfortable positions and has lost six of his eight fights via tapout and Beneil Dariush has some of the slickest Jiu-Jitsu in the division. I love watching both guys but I think Dariush has that special something. Dariush via submission (round two)

BK: Honestly, who cares who wins? Just enjoy the show. These two rising lightweights will ensure that it's an exciting one.

Johnson via TKO (round one) 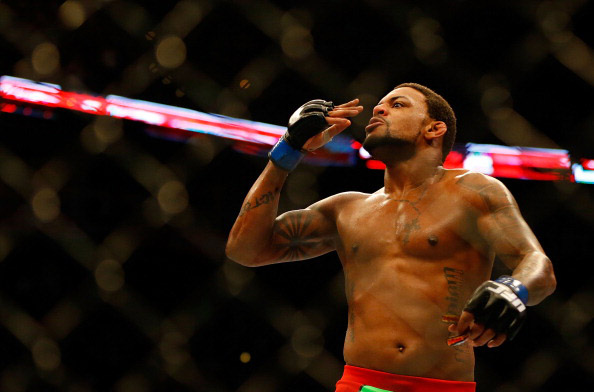 DM: I had literally taken the punt with Alvey's knockout power and had it all typed out but bottled it.

Brunson is quite simply better in every area, has big-fight experience against Jacare and Yoel Romero, has wins over top-notch guys like Chris Leben and Lorenz Larkin. That spells frown for Smil'n Sam. Brunson via decision

BK: It was mighty tempting to go for Alvey because of that nuclear missile of a hook at his disposal, but I can't in good faith pick the guy with one weapon, no matter how powerful it is. Brunson by decision 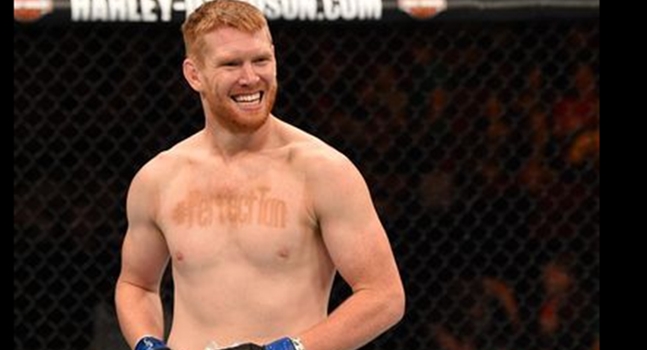 DM: Anything can happen when there's 500+ lbs in the octagon and Rosholt would be foolish to risk matters by staying on his feet for too long.

He's one of the best wrestlers in the heavyweight division and I see this fight going the same way as the Rosholt's TKO of Josh Copeland.

He'll start relatively tentatively before dragging the fight to the mat and wearing Johnson out before getting the TKO with sloppy, but effective, ground and pound. Rosholt via TKO (round 2)

BK: Rosholt is the better fighter overall so logic would dictate he takes this one. However, logic rarely comes into play in the heavyweight division. One clean punch and Johnson could end this. Rosholt by decision 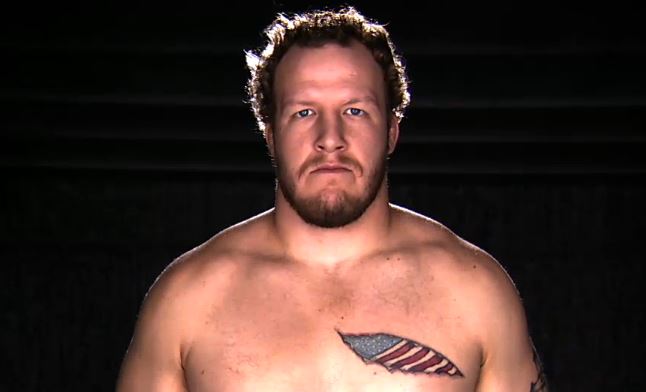 DM: Sara McMann's age was definitely beginning to show against Miesha Tate and, the way that time works, she's not going to have gotten any younger.

Amanda Nunes has some of the nastiest stand-up in the bantamweight division and I actually feel she's a little bit underrated.

Any fighter who can outstrike Germaine de Randamie is a problem and I think she picks McMann apart on the feet. Nunes via TKO (round three)

BK: In my opinion, these are two of the more overrated fighters in the batamweight division. Sure, they both have impressive highlight reels, but have they ever done it against elite level competition.

McMann is a phenomenal wrestler but has some serious issues on the ground, while Nunes is the more well-rounded martial artist and better on the feet. This one could be close, but I don't see either being thrown into the title frame any time soon. Nunes via split decision 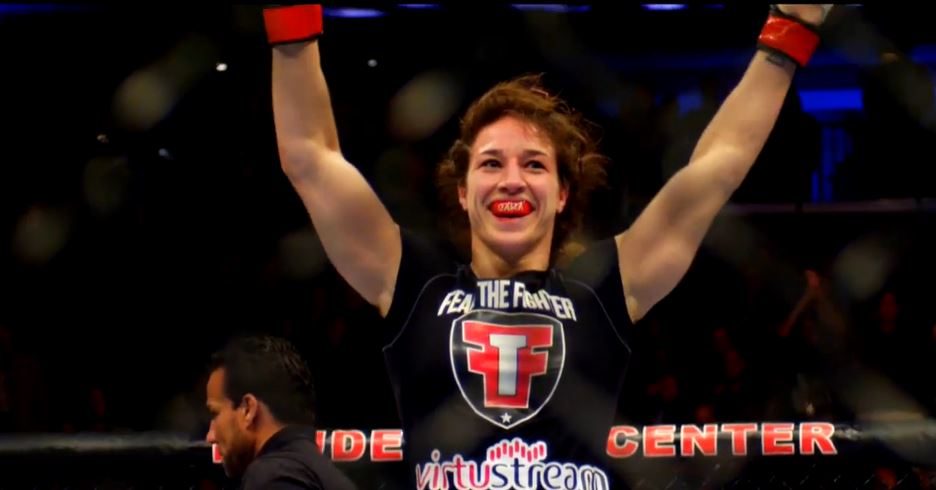 DM: It's weird because this fight is close but I'd also pick Borg 10 times out of 10.

Herrera ought to cause The Tazmexican Devil (yuck) some issues on the feet but Borg is strides ahead in the grappling department.

He may not get the stoppage but I think he comes closest to finishing this fight on the ground and earns a pretty clear decision. Borg via decision

BK: This is the front runner for the Fight of the night accolade. Both fighters have weaknesses where their foe has strengths which should make for an exciting back-and-forth battle. I think Borg's wrestling acumen will give him the edge, but I'm prepared for this to be a scrappy affair. Borg via submission (round two)