UFC Japan: SportsJOE picks the winners so you don't have to

The UFC's motley crew travels to the land of the rising overhand right as Roy Nelson welcomes Josh Barnett back to the Octagon.

END_OF_DOCUMENT_TOKEN_TO_BE_REPLACED

DM: Sigh, this could be ugly.

END_OF_DOCUMENT_TOKEN_TO_BE_REPLACED

Barnett's chin is too good get stopped by Nelson and Nelson's ground game is too good to get submitted by Barnett.

I see this becoming a stalemate up until minute four when Nelson begins to gas and the superior athleticism and gas tank of Barnett pays off. Barnett by decision

BK: You can break down every different little aspect about both fighters' skill-sets, but for me, this boils down to Roy Nelson's horrific movement.

I've been a big fan of Big Country for years and that overhand right is one of the sweetest shots in all of combat sports, but that's been his only gameplan for a long time and everyone's figured it out.

Barnett just needs to dance around and score points from the outside and he'll cruise to a decision victory, it's not difficult. The only worry is that he may have ring rust having not competed since 2013. Barnett by decision 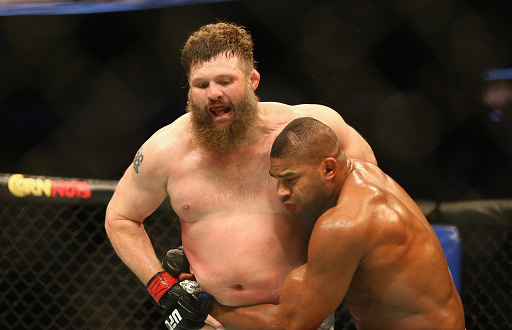 Whichever it is, he's not going to be good enough for Gegard Mousasi.

Mousasi upsets me because he should really be one of the biggest names in the sport but he just can't seem to break through to the casual fan.

The veteran has only lost to Lyoto Machida and Jacare in the last five years and he should have too much in all areas for Hall.

He's a cerebral fighter and will know that outgrappling Uriah is the smartest option and a submission victory for The Dreamcatcher wouldn't surprise me. Mousasi via submission

BK: Uriah Hall looks like a world-beater... against bums. Mousasi is no bum.

While Hall''s mental strength is as fragile as a faberge egg, Mousasi's mind is like a fortress. The Dutch fighter has nerves of steel and this match-up seems tailor-made for him to get a big win and work his way back up the rankings. Mousasi by decision.

DM: Both guys are coming off lopsided losses to the two best fighters at 125 lbs so confidence could well and truly be an issue.

Chico Camus is a decent fighter but I can't see any area that he's superior to the Gooch.

I can see Horiguchi dominating Camus on the feet before the American gets frustrated and starts shooting for some desperate takedowns but Horiguchi is too wily and should get the finish. Horiguchi via TKO (round 2)

BK: Unless Horiguchi's confidence has taken a severe knock from that demoralising man-handling by Demetrious Johnson, this should be a breeze of a pick-up fight. Right now, I rate Horiguchi as top three in the division. Lots of interesting match-ups lie ahead for the exciting Japanese flyweight. Horiguchi via TKO (Round 3) 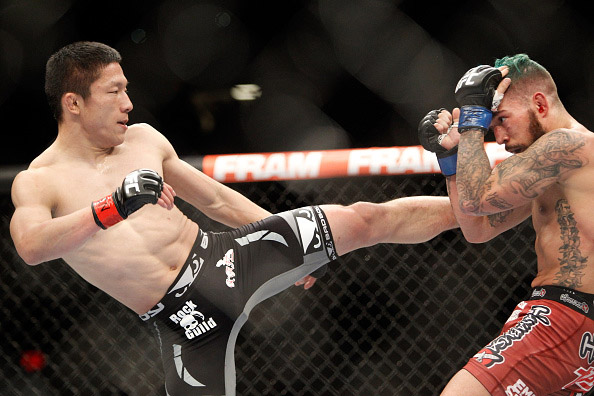 DM: Who is less average?

Neither guy is ever going to be a world-beater. Or even decent fighter beaters. They're just fighters for whom breaking the top five is going to be the pinnacle of their career.

Having said that, I think Mizugaki is just a little bit superior with his striking and can take this one pretty decisively. Mizugaki via decision

BK: Mizugaki only seems to lose to fighters at the upper echelon of the division, Roop is far from that standard.

It will look like a bit of a freak show fight with the 6' 1" Roop facing the 5' 7" Japanese fighter, but that reach advantage will matter little in the clinch, which is exactly where I suspect Mizugaki will take it. Mizugaki by decision 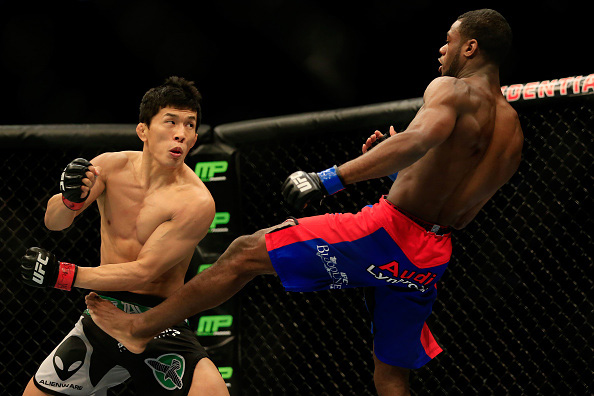 DM: Katsunori Kikuno can't seem to find his level in the UFC. He easily overcame Quinn Mulhern and Edimilson Souza but he was supposed to beat them. He lost decisively to Sam Sicilia and Tony Ferguson but he was expected to lose to them.

I think he's expected to lose to Brandao and he'll do just that. The Brazilian is more powerful and much better on the ground. Brandao via submission (round one)

BK: When zombies collide! Two brainless fighters who like to swing for the fences and go head-hunting with little emphasis on defence... what's not to like? Brandao's more traditional stance makes him that little bit less susceptible to eating big shots so I have to lean towards him. Brandao via KO (round one) 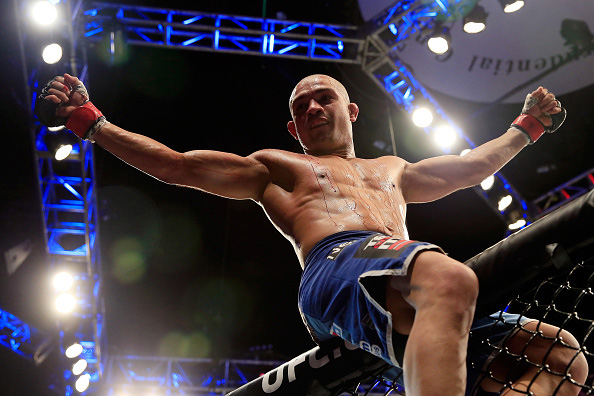 Don't know an awful lot about either lad but the fact that Mizuto Hirota has faced the higher level of competition over the years and holds a win over Katsunori Kikuno so I'll plump ever so tentatively for him. Hirota via decision

BK: These guys are in the UFC?

I'll go for the guy who doesn't have a synonym for the word timetable in his name. Ishihara via something or other