UFC Fight Night 77: SportsJOE picks the winners so you don't have to

The first UFC event since UFC Dublin ain't too shabby. Not too shabby at all.

Fight cards in Brazil have been pretty pretty lacklustre this year but there's actually not a bad fight on the main card of Saturday night's event.

END_OF_DOCUMENT_TOKEN_TO_BE_REPLACED

While I would have said the exact same thing prior to Henderson's incredible knockout victory over Tim Boetsch, Vitor Belfort is not Tim Boetsch.

The Brazilian, admittedly TRT-less, is an entirely different challenge and he has the athleticism and striking acumen to elude Hendo's power right hand.

This should be Henderson's swansong as I'm anticipating Vitor's speed making the American look every bit of his age.

I expect Belfort to rush Henderson with a flurry of short hooks, Hendo will dive on a desperate single leg and Belfort will finish with hammer fists to the side of an increasingly wrinkly head. Belfort via TKO (round 1)

END_OF_DOCUMENT_TOKEN_TO_BE_REPLACED

BK: Straight up, I'm picking Belfort for this one. However, you can never count out Hendo.

It is unfair to say that Henderson is a one-trick pony. Sure, the H-Bomb is his go-to finishing move, but his wrestling prowess may be what causes his opponents the most trouble. Think back to how he set up that brutal knockout against Shogun. The lead-up to that punch was nothing short of beautiful.

That being said, Belfort just seems livelier and more athletic. Even in that quick KO loss to Chris Weidman, there was a brief moment where he looked like he had the All-American in trouble. Belfort via KO. 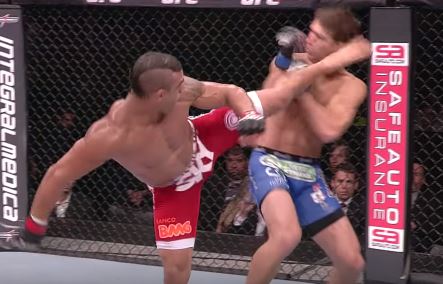 DM: Pat Cummins has looked so good recently that I almost went and picked him but then I rewatched his two losses and realised that he's always going to impress against average competition but against the top dogs at 205 lbs, he comes unstuck.

Glover Teixeira is definitely one of the best light heavyweights in the world and I think he's just a grade above Cummins' level, plus he'll have the home crowd advantage.

The opening minute will be vital because I actually think that Durkin can put Teixeira on his back but I'm not too sure he can keep him there or stay out of danger on the mat.

I see the first round going to Cummins but he'll tire and Teixeira will catch him at some stage in the second and get the finish. Teixeira via TKO (round 2)

BK: This one is closer than the oddsmakers would have you believe. On paper, Glover Teixeira is the superior fighter. Teixeira at 100% should be able to thwart any of the American's shots and deliver the one big blow to turn off his lights.

However, I'm not certain he's ever fully recovered from Jon Jones ripping his shoulder out of his socket at UFC 172. As impressive as his performance was against OSP, it didn't really look like the old Teixeira we all know and love.

Cummins has the wrestling acumen and an adequate level of power to make it a difficult night for the Brazilian, but I have faith in Teixeira coming good yet again. Teixeira via submission (round 2) 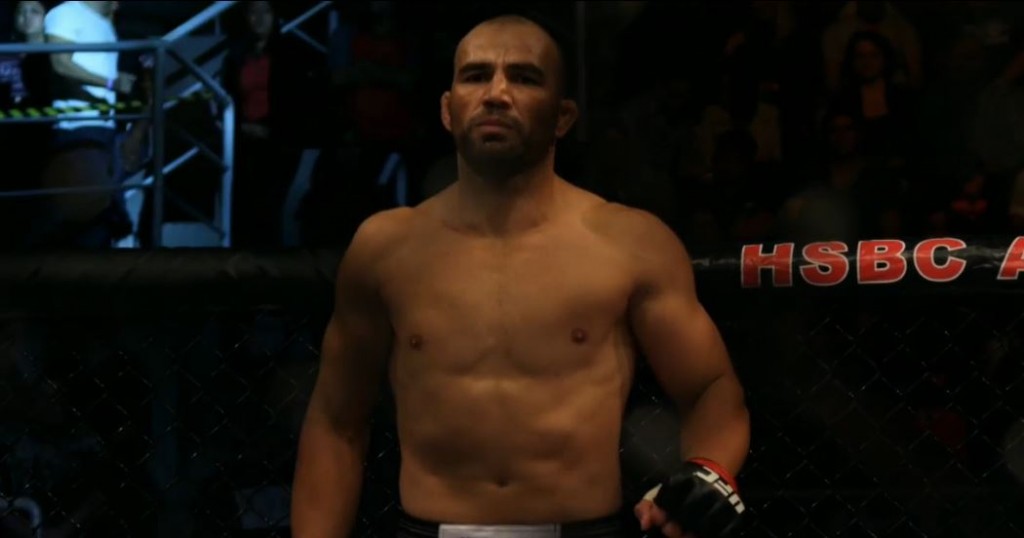 DM: Thomas Almeida scares the living shite out of me.

He isn't just a knockout machine as the Pickett fight proved that he's got the grit and heart to come from behind.

Birchak is a game opponent but he's far behind in the power stakes against Almeida who should get his 16th knockout victory, early too. Almeida via KO (round 1)

BK: I'm calling it right now, this will be the Fight of the Night. When you pit two aggressive headhunters against each other, you've got the perfect recipe for beautiful destruction.

Birchak's a better wrestler but he'll probably be willing to stand and bang until the going gets tough. On the feet, I give Almeida the edge. He's more dynamic and he's got way more of a variety of attacks in his striking arsenal. I'd be surprised if this goes the distance. Almeida via KO (round two)

DM: Oliveira must be up there with the most common surnames in the UFC and they're pretty much all bad-asses.

The Brazilian has kept his love of knockouts under wraps thus far in the UFC as he's shown off his stellar ground game but I see this one being decided on the feet.

Hallman is tremendously well-rounded but the last thing that a fighter coming off of two consecutive losses needs is a trip to Brazil to face a Brazilian monster like Cowboy. Oliveira via TKO (round 3)

BK: Do yourself a favour and pick a new nickname, Alex. There's another "Cowboy" in the UFC who's pretty damn popular.

However, this is his fight to lose. He's a superior athlete and has the speed and power advantage over the Polish fighter. If he can avoid the takedowns and keep this fight standing, it should be a relatively easy night's work. This could be the last time we see Hallmann in the Octagon. Oliveira by decision. 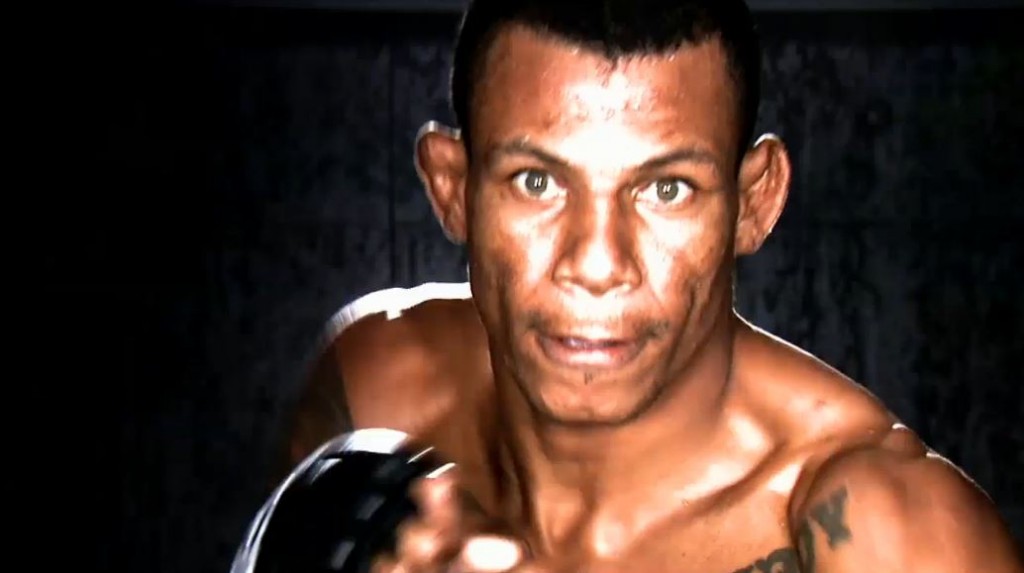 Gilbert Burns is undeniably slick on the mat but he's a little bit of a Diego Brandao in his aggressiveness both on the feet and the mat.

In this case, the Sao Paolo crowd could work against him as I foresee Durinho getting overexcited in his pursuit of the finish before getting picked apart by the ice-cool and more technically sound Magomedov. Magomedov via decision

BK: We saw with Cathal Pendred and Paddy Holohan recently that if you're facing a superior opponent, home town advantage doesn't really come into play.

In my eyes, Magomedov is light years ahead of the ever-improving Burns. The Brazilian certainly has the power to hurt him and the ground game to catch him with a sneaky submission, but Magomedov is one of these Dagestani fighters who seem bread to win. Magomedov by decision. 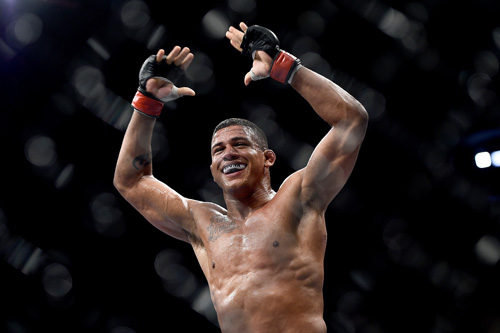 DM: Fabio Maldonado has become a little bit of a punching bag in the autumn of his career and I worry for him in this fight.

Corey Anderson is far more athletic and can push the pace on Maldonado who will punch himself out in the first round.

From there, I see him being dragged to the mat and dominated with ground and pound, with a 10-8 round likely on the cards en route to a dominant victory. Anderson by decision.

BK: This is your classic yada yada yada. Corey Anderson has an advantage over the Brazilian everywhere except on the feet.

As long as he keeps his head and has faith in his wrestling and crazy cardio, he should be able to dominate the Brazilian. Anderson by decision. 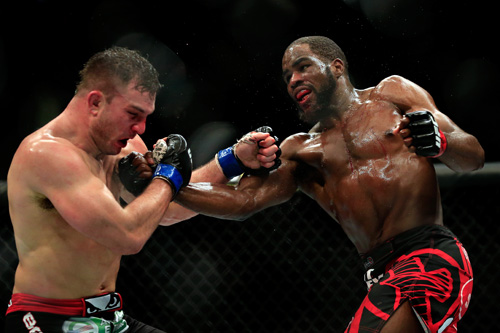