Fight fans are in for a real treat, next month.

The un-retired Conor McGregor is coming back for a cracking UFC fight in January 2021 as part of a triple-header on Yas Island in Abu Dhabi.

McGregor and Dustin Poirier both signed bout agreements, last month, to run back their 2014 clash, which McGregor won in KO-style. UFC president Dana White had indicated, to TSN, that the fight - headlining UFC 257 - would take place in Abu Dhabi but the official confirmation has arrived on his Instagram account.

White shared out a poster for what the promotion are calling 'Triple Header Week'. There will be two Fight Night events, one of which will be headlined by Max Holloway, on January 16 and 20 before McGregor and Poirier are in the main event on Saturday, January 23. 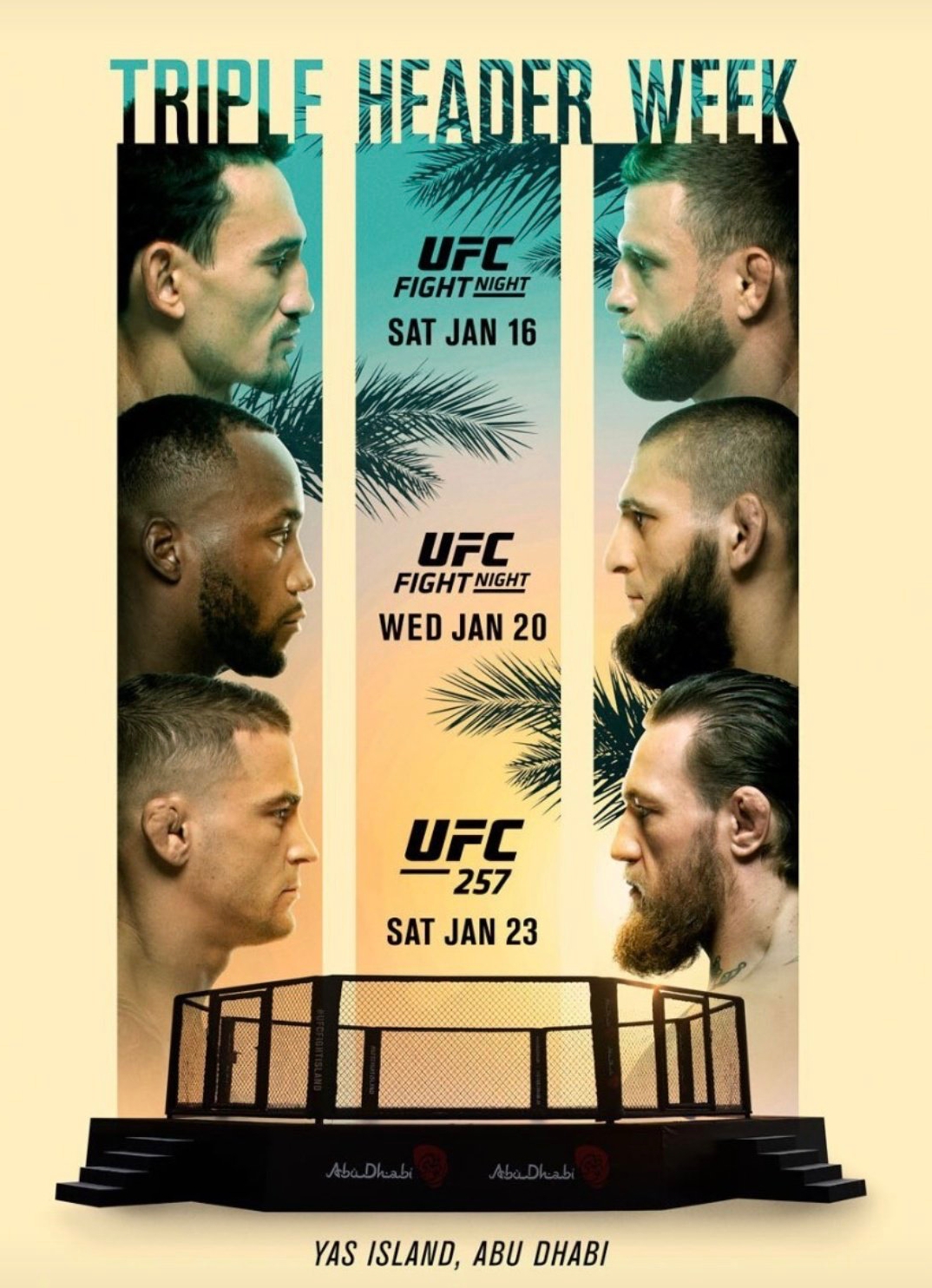 The January 16 card on 'Fight Island' will be headlined by Holloway, who has fought both McGregor and Poirier in the past, taking on Calvin Kattar.

The midweek card features a much-anticipated welterweight fight between Leon Edwards and Khamzat Chimaev. This bout was due to take place last month but Edwards was struck down with Covid-19. He will be hoping to pull clear of any Covid after-effects as Chimaev is a destroyer.

That all leads us up to UFC 257 and McGregor vs. Poirier II. The pair had agreed to throw down in a bout outside of the UFC remit, and donate much of the event takings to charity, but the promotion reached out and offered, in more ways than one, a bigger stage.

McGregor has not fought since January of this year, when he dismantled Donald Cerrone in all of 40 punishing seconds at UFC 246. 'The Notorious' insists he put forward many fight proposals to the UFC - including Justin Gaethje, Anderson Silva and Diego Sanchez - but all were rejected. That prompted yet another retirement tweet, but he has since rode back from that.

UFC 257 FIGHT CARD (More bouts may yet be added) 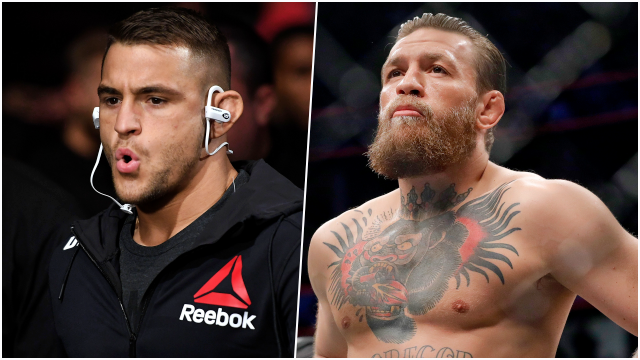 If that card looks top-heavy with McGregor vs. Poirier taking much of the shine, it is exactly that. However, expect another three or four bouts to be added and announced in the coming days.

It has been reported that Justin Gaethje is being lined up to fight Michael Chandler in a co-main event lightweight bout. With two live title contenders added to the card, there would be ready-made replacements on 'Fight Island' should McGregor or Poirier run into any difficulty.