UFC 197: SportsJOE picks the winners so you don't have to

No, we're not talking about Conor McGregor's 45-hour retirement. Jon Jones is fighting this weekend!

The pound-for-pound greatest fighter in the world takes to the Octagon for the first time in 476 days and he will make the walk without a championship belt around his waist. He meets Ovince Saint Preux in the main event of UFC 197 with the interim title on the line.

END_OF_DOCUMENT_TOKEN_TO_BE_REPLACED

If you don't agree that 'Bones' is the greatest P4P in the world then you're in luck because the only other rival to that throne fights in the co-main event as Demetrious Johnson takes on his most dangerous challenger to date in the form of Olympic gold medallist Henry Cejudo.

Here's what our MMA writers' records for the year look like thus far.

END_OF_DOCUMENT_TOKEN_TO_BE_REPLACED

DM: A sober and determined Jon Jones is a scary, scary man.

If 'Bones' truly is on the straight and narrow then I don't have any hope at all for OSP, as much as I'm a fan.

END_OF_DOCUMENT_TOKEN_TO_BE_REPLACED

I really don't see anywhere that Saint Preux has an advantage. On the feet, Jones wins. In the clinch, Jones wins. On the mat, Jones wins. Jones is a better wrestler, has better fight I.Q. and has a full fight camp under his belt. Jones via TKO (round two)

BK: If Jones is going to fall, now's probably the most likely time it will happen.

He could easily underestimate OSP, who has a clear power advantage in the striking (at least pre-rehab Jones) and has the right combination of athleticism and filthiness (ask Ryan Jimmo about the latter) to pull a Dillashaw.

With that being said, I'm not picking against Jones in this one. He wins this fight 99 times out of a hundred. Jones via submission  (round two)

DM: This is a little bit closer than many give it credit for as I'm of the opinion that a fighter with ridiculous talent in one area is more dangerous than a fighter who is decently well-rounded.

But I've been conditioned to believe that 'Mighty Mouse' is unbeatable at 125 lbs and it wouldn't even surprise me to see him outgrapple Cejudo. That's how confident I am in Johnson's game.

He's superbly technical, creative with level changes and has a gas tank for days. Hell, he outlasted Bagautinov when he was on EPO. In terms of money-making, it would probably benefit Johnson to lose so that a foil can be created for him at 125 lbs but I don't see it happening. Johnson by UD

BK: Just like Horiguchi, I fear the Mighty Mouse fight came too soon for Cejudo. He could have done with a couple of more fights under his belt before taking on the greatest flyweight in the history of the division. Johnson simply looks unstoppable at the moment. Johnson by decision

DM: My word, this is exciting.

For those casual fight fans who only adore the flashy side of mixed martial arts, this is definitely for you.

A Taekwondo match-up for the ages, this could truly go either way and Pettis definitely isn't taking an easy fight as he looks to get back in the win column.

Barboza in absolute beast and arguably has some of the best kicks in the game but his hands can sometimes be found lacking. I think Pettis' game is more sound overall and I think the fact that he probably won't have to be worried about the takedown will lead him back to his more natural, fluid striking that he wasn't able to exhibit against RDA or Alvarez. Pettis by decision

BK: Credit to Alvarez for that phenomenal performance against Showtime, but I feel like Pettis didn't properly prepare for that fight.

Now that he's working with Greg Jackson, we could be in for a completely different beast entirely. If Pettis' insane natural gifts compliments Jackson's tactical prowess as much as it does in my head, don't be surprised if the former champion gets throw right back into the title frame after this fight. Pettis via TKO (round three)

DM: The way Robert Whittaker carries his hands can lead to many sharp intakes of breath when he fights but his advantage in the stand-up should be much too good for 'Sapo' on Saturday night.

Natal, as successful as he has been, is just an untidy fighter. He makes his opponents' lives miserable in there but he's not exactly known for his striking prowess.

I spoke to Artem Lobov recently about why he holds his hands so low and he said it's so that he can defend takedown attempts more easily and I see something similar happening with Whittaker.

He should be able to keep 'Sapo' away from his hips and punish any desperate shots. Whittaker via TKO (round three)

BK: While this match-up may seem like a bit of a step down from his last win against Urijah Hall, I'm really glad the UFC aren't rushing Whittaker's development. There's some serious potential there and with a few more bouts under his belt, he could well be pushing for a title shot. Whittaker via TKO (round two) 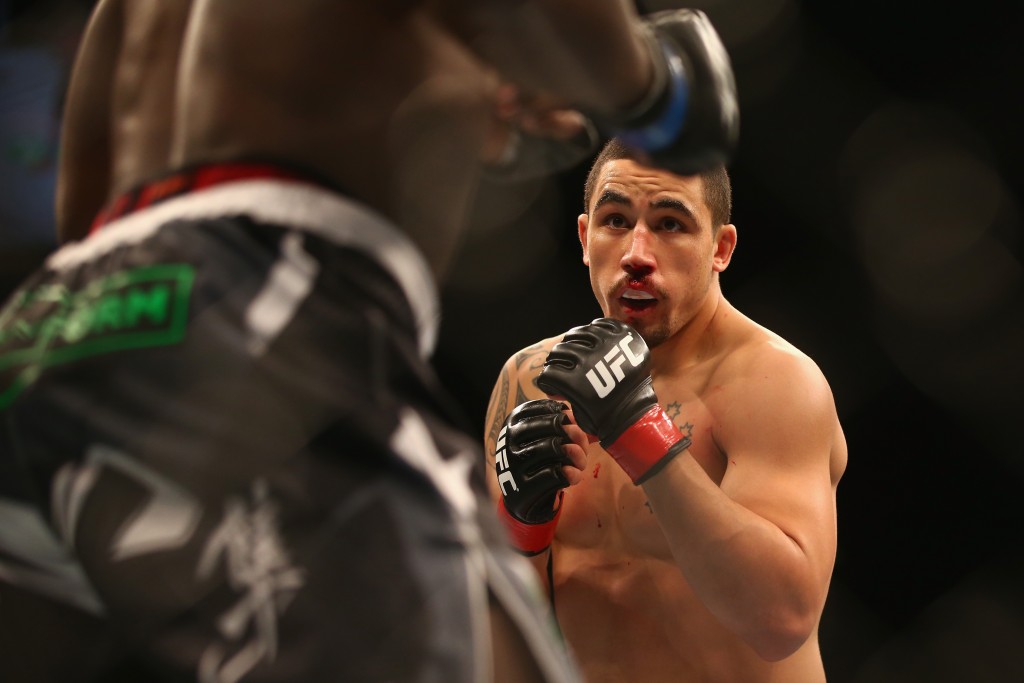 DM: I'm split down the middle on this one.

Rodriguez has shown nothing but potential and excitement in the Octagon thus far but Fili is battle-proven.

As flashy as Rodriguez's striking is, I prefer Fili's less telegraphed output on the feet and I think Fili is better capable of controlling this contest on the mat, as solid as Rodriguez's sweeps have looked.

I could well be wrong on this but I see Fili fighting more intelligently and side-controlling his way to victory. Fili by decision

BK: I'm not sold on Rodriguez just yet and I feel like if anyone's going to stall his momentum, it's an aggressive, highly experienced fighter like Touchy Fili. Force enough pressure on a flashy striker like Yair and they'll crumble, and Fili's all about the pressure.

The key thing for Fili here is that win, lose or draw, he learns something from this bout. Fili should provide him with the kind of war that will teach him a thing or two about the fight game. Fili by decision 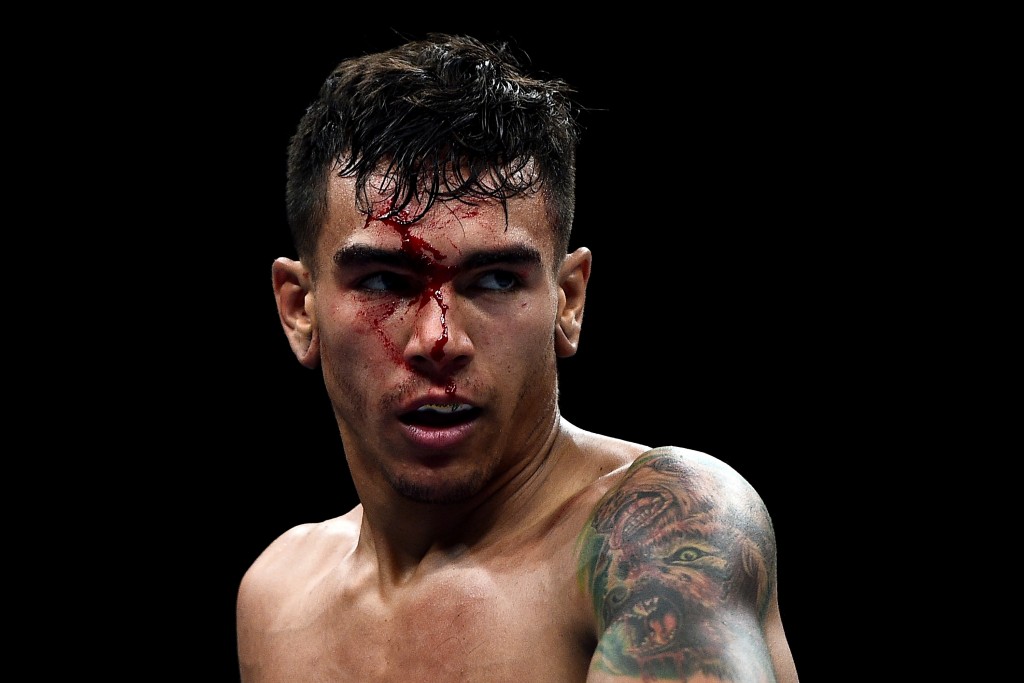