UFC 191: SportsJOE picks the winners so you don't have to

After the two-week break, the UFC is back with another PPV in Las Vegas. In UFC 191's main event we have an intriguing rematch as pound-for-pound phenom Demetrious Johnson puts his flyweight belt on the line once more against John Dodson.

A pair of resurgent former heavyweight champions will throw down in the co-main event, as Andrei Arlovski squares off against Frank Mir, while light heavyweight contender Anthony Johnson and rising strawweight Paige VanZant also feature on the stacked main card (not against one another).

END_OF_DOCUMENT_TOKEN_TO_BE_REPLACED

DM: 2015 has truly been the year of new champions. Fabricio Werdum, Rafael dos Anjos, Joanna Jedrzejczyk and Daniel Cormier (granted under different circumstances) earned the title in their respective divisions.

Can John Dodson connect with Demetrious Johnson and knock him out? Sure! There are lightweights who would struggle to take a shot from The Magician.

Will he? I certainly doubt it.

With technique as sound as Demetrious Johnson, it's impossible to pick against him right now. In my books he's the pound-for-pound best in the world and I think he can weather the early storm but I think the fact that Dodson's wife gave birth this week will have acted as an unwelcome focus-shifter and I think the tunnel vision and flawless technique of Johnson will be too good for the Jackson Wink fighter. Johnson via decision

END_OF_DOCUMENT_TOKEN_TO_BE_REPLACED

BK: I can envisage this going down very similar to the first fight. Dodson's hands of granite will more than likely land flush early on DJ's very hittable chin, and if the champ can weather the early storm, he can push on to victory.

Johnson can stand and bang with the Magician, but where he'll do the real damage is in the grappling department. Dodson is a gifted wrestler, and has been working on that aspect of his game for this camp, but DJ is simply phenomenal in the clinch.

He's able to work opponents into positions that render them helpless, allowing him to tee off with his brutal striking. He nearly finished Dodson towards the end of their first battle using this method.

A Dodson KO is possible, DJ might even score a finish, but I'm going to side with the champion using his immense fighter IQ to win the long game. Johnson via decision 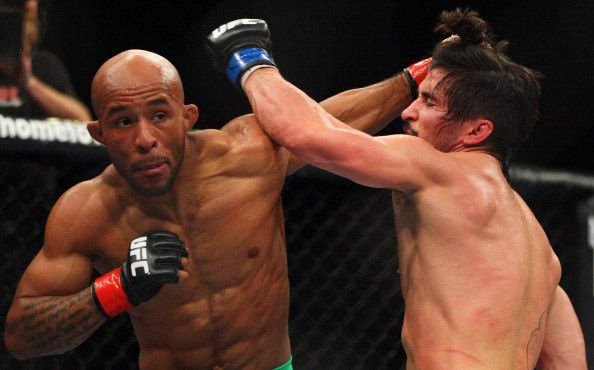 DM: Both lads are perfect examples of the theory that heavyweights are like a fine wine insofar as they often improve with age.

By the same token, there's always that element of luck that comes with the fact that all it takes is one shot to finish an opponent.

I frankly feel that Arlovski has been less lucky and more skilful in his ascent back to the top of the UFC's heavyweight division.

Against the better strikers Mir has a tendency to come unstuck, see bouts against JDS and Alistair Overeem, and Browne is undeniably the more solid on the feet.

Mir is gritty and experienced enough to make it the distance and may even take a round but I can't see him halting the momentum of the original Pitbull. Arlovski via decision

BK: When two glass jaws collide, the winner is usually whoever lands big first. Despite the vast improvements Mir has made with his boxing of late, I still feel Arlovski has the more technical stand-up.

Mir will want to bring the fight to the mat where he can showcase his BJJ prowess, but Pitbull's takedown defence should scupper any takedown attempts.

This one should be a quickie and although people are saying a contender could emerge from this bout, I wouldn't have much faith in either fighter against Werdum or Velasquez. The winner of Miocic v Rothwell should get the next shot. Arlovski via KO (round one) 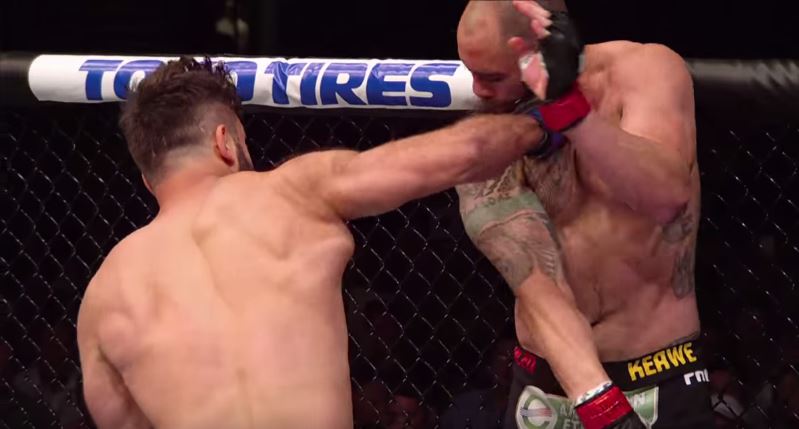 DM: Johnson is a huge step-up in competition for Jimi Manuwa and I can't shake the feeling that this is happening a fight or two too early for the Brit.

I'd like to see him take on a Rampage or an Evans before he goes in there against someone at the very pinnacle of the division.

Johnson has much more power than Gustafsson who was able to knock out Manuwa so I can't see Poster Boy surviving the tornado of haymakers from Rumble. Johnson via TKO (round one)

BK: Rumble is probably the heaviest hitter in the UFC right now. Initially I thought that this match up came a little bit early for the Poster Boy, but really, is there ever really a right time to step inside a cage with this absolute murderer?

Actually, Manuwa may be in luck. Johnson seems to be in the UFC's bad books after speaking out against the Stitch debacle which the cynic in me reckons might have something to do with the counselling he is being forced to do as a result of a Facebook post. There's also the domestic violence claims and the recent loss to Cormier, all of which must be taking its toll.

Manuwa is not the man you want to take on if you have any sort of lapse in focus. He will punish you with holy haymakers from hell.

However, Johnson hits harder, is more versatile, more athletic and is a more-well rounded fighter than the Englishman. If his head's in this game there will only be one outcome. Johnson via TKO (round two) 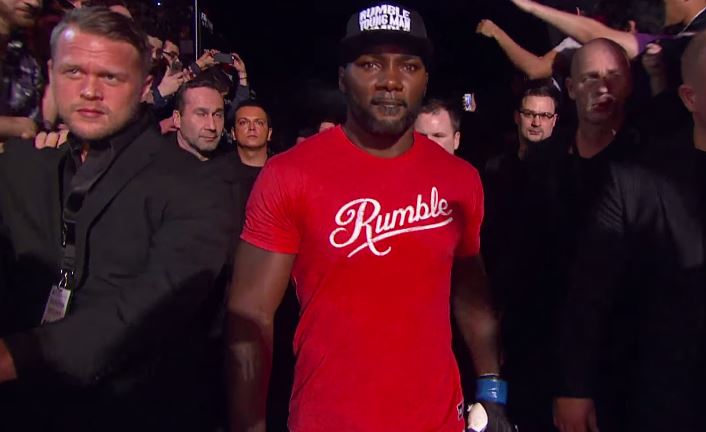 DM: I'm not too convinced by this fight's position on the main card of a pay-per-view as the lads share just five fights in the UFC.

But predict I must and I simply think that Blachowicz is a level above Anderson in all realms.

The Polish light heavyweight can do it all. If he decides to stand with Anderson then I think he either knocks him out or frustrates the TUF alumnus into rushing a takedown and on the mat, I give the edge to Blachowicz.

Not a whole bunch of ways that Anderson takes this bar him asking Jimi Manuwa to come with him into the octagon. Blachowicz via TKO (round one)

BK: I still have faith in Blachowicz. There's no shame in losing to someone as talented as Manuwa. He's a quality kick-boxer, who's kicks pack enough power to bring down a fully-grown Ilir Latifi. That's no mean feat.

Likewise, I still think Anderson's got potential, even though he was flattened by Gian Villante in his last trip to the Octagon. He's young, a gifted wrestler and has can do some serious damage in the clinch. I'll always side with experience over promise though.

Blachowicz is coming up on roughly (very roughly) his 500th pro fight, while the TUF 19 winner is a mere tadpole in the MMA world. The Polish fighter is more complete and has enough miles on the odometer to win by any means necessary. Blachowicz via decision 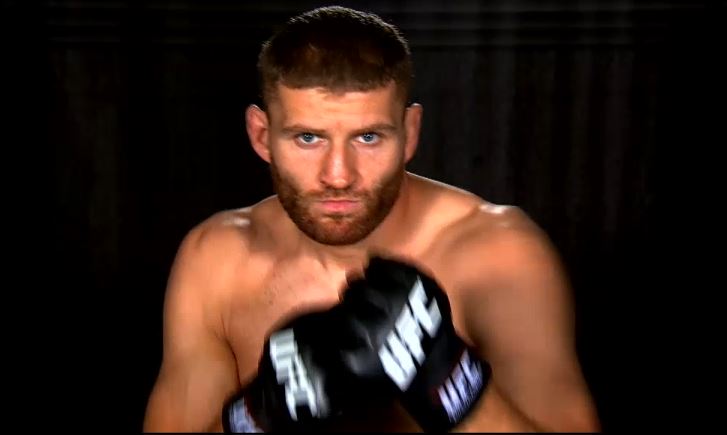 DM: As far as this fight goes, I'm not too excited.

I'm more interested to see who the UFC matches VanZant with after she gets through Chambers which she almost certainly will.

VanZant is really being given very winnable fights on her way up the strawweight ladder and I don't see Alex Chambers having enough to stop the Alpha Male fighter. VanZant via decision

BK: Smart match-making by the UFC. Setting up Chambers to be blown away by the 12 Gauge will only ensure that the Team Alpha (fe)Male product will continue her ascent towards MMA stardom.

To paraphrase a certain Irish UFC superstar, Chambers is a jobber. VanZant via TKO (round two) 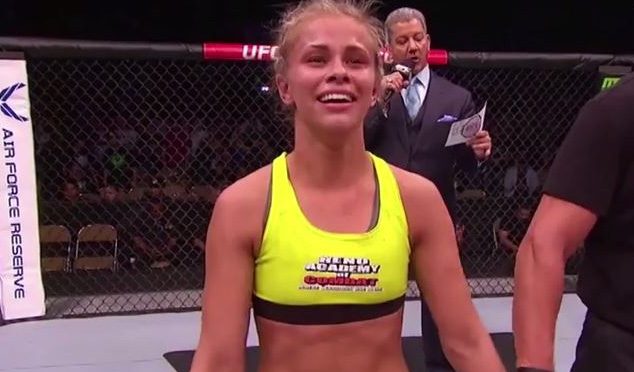 
popular
The FootballJOE Qatar World Cup 2022 Geography Quiz
From Ireland to Argentina: Alexis Mac Allister's Irish roots explained
World Cup 2022 Day 12: All the major action and talking points
France demand FIFA change result of World Cup defeat over 'rule break'
Cristiano Ronaldo 'agrees £173m-a-year deal' with Saudi club
"Nowadays, even if I don't hit a ball, I don't care as long as we win" - Gleeson learning from the past
Castleknock's Warnock the hero as Maynooth win first ever Ryan Cup final
You may also like
2 months ago
Hasbulla signs five year deal with UFC 'worth more than many fighters'
2 months ago
UFC fighter Elias Theodorou has died, aged just 34
2 months ago
John Kavanagh and Johnny Walker kicked out of T-Mobile Arena during UFC 279 main card
2 months ago
Conor McGregor took exception to one part of Nate Diaz victory speech
2 months ago
Nate Diaz and Tony Ferguson tossed together for UFC 279 main event after wild 24 hours
3 months ago
Your guide to a huge weekend of sport and how to watch it all
Next Page