If you didn't think Sonia O Sullivan was an MMA fan, well, you were right.

She isn't and she has made her feelings about the sport very clear in a column on UFC 196 published on Thursday, where she claims that being able to choke out an opponent sets a terrible example for children.

The former Olympian, and one of this country's greatest ever sports stars, was as excited as any Irish person last week for the Conor McGregor vs Nate Diaz in Las Vegas.

END_OF_DOCUMENT_TOKEN_TO_BE_REPLACED

However, the action inside the Octagon left the Cobh native with a very sour taste in her mouth, as she recalled in Thursday's Irish Times.

She was first disappointed by seeing the normally lean McGregor look much heavier than normal, as he moved from his featherweight dominion to welterweight.

"McGregor is among the fittest, leanest athletes that I have ever seen, but when he took to the octagon in Las Vegas last weekend he looked like a bloated version of what I’d seen before. He appeared to have an extra layer of himself on top of himself."

"I wanted to see the athleticism that McGregor is famous for, but it was hard to see the muscles and strength; instead he seemed to be weighed down by whatever extra weight was needed for this fight against Nate Diaz." 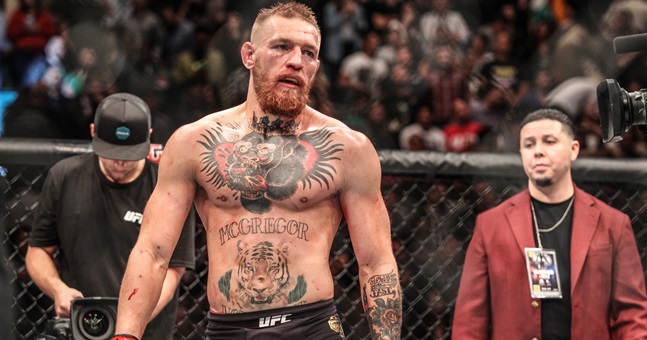 END_OF_DOCUMENT_TOKEN_TO_BE_REPLACED

O'Sullivan admitted that she watched a replay of the fight even though she knew the result and had hoped to find out a little bit more about the Dubliner than the few seconds she witnessed in his win over Jose Aldo in December.

However, O'Sullivan was left queasy at the images of the blood covered mat as Diaz and McGregor traded blows last weekend. She was left especially ill at the sight of Nate Diaz ending McGregor's challenge in a rear-naked choke.

"Then came the second round, and the choke-hold that ended McGregor’s fight. I could hardly believe how far this competition is allowed to go."

"There was also a review of the choke-hold earlier in the evening that sent Holly Holm out of the Octagon unconscious: is this just one step away from death? Sport is a game, something that we do for health, fitness or else watch for entertainment. I don’t think anyone would feel comfortable watching a sports event if one of the athletes is left dead. " 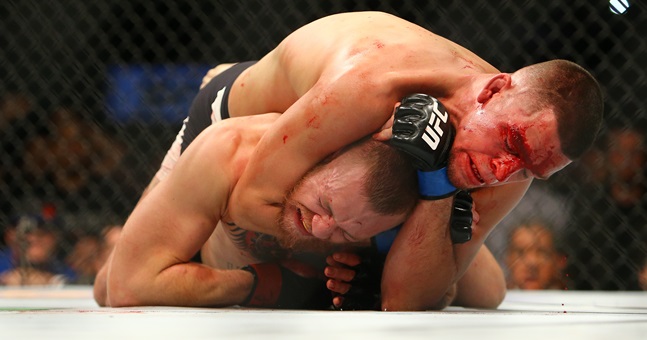 O'Sullivan feels MMA is setting a bad example for children, and explains her fear that someone may get seriously hurt in the octagon, despite there never having been a fatal incident in the UFC.

"Unfortunately, this has happened in the past, in the case of accidental death; however, the purpose of winning should not be to kill the opposition.

“We have all used phrases such as killing and annihilation when talking about sport, but not in the literal sense. Only now I fear we may be allowing this to happen in front of our eyes. What example is this for young children to aspire to? It is not something that you would like to see emulated in the playground."

We have a feeling that her comments will not go down well with many MMA fans in this country.


popular
Romelu Lukaku was upset by Thomas Tuchel's 'daddy' joke about Antonio Conte
Former England Under-21 captain open to playing for Ireland
The four stone-cold certainties for All-Stars even as early as this
Kylian Mbappe reportedly wants PSG to sell Neymar
"He's actually smiling putting the ball over the bar. He should nearly be fainting." - Ryall on Limerick's legacy
Eamon McGee just couldn't help himself with Armagh-melee tweet
Gavin Coombes one of four Irish players to push themselves into Test picture
You may also like
1 month ago
Conor McGregor says he knows his next UFC opponent and fight date
1 month ago
Conor McGregor responds to Michael Chandler's callout after UFC 274
1 month ago
Conor McGregor and Jake Paul involved in heated Twitter exchange after Katie Taylor fight
2 months ago
"For a few years Conor McGregor was the top, top man, and it was just incredible to watch his rise"
2 months ago
Jake Paul says he wants to smash Conor McGregor's 'veneers in'
2 months ago
Ian Garry on the difference between his new US gym and Conor McGregor's SBG set-up
Next Page