Khabib Nurmagomedov had it worse.

'The Eagle' was due to face Ferguson for the interim lightweight belt at UFC 209, last weekend, but was pulled from the fight after a late-night rush to a Las Vegas hospital.

END_OF_DOCUMENT_TOKEN_TO_BE_REPLACED

Nurmagomedov was struggling to drop the last six pounds required to weigh in at 155lbs. Earlier in the week, fight fans had seen footage of the Dagestani sitting in a sauna in tracksuits and pouring sweat from it.

The process of weight cutting usually relies heavily on draining water from the body only to take fluids back on after fighters have been to the scales. This left Nurmagomedov severely dehydrated and in considerable pain. 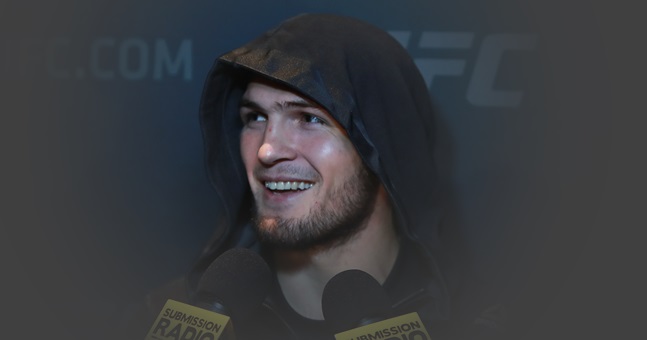 Ali Abedl-Aziz, Nurmagomedov's manager, went on The MMA Hour to offer up some details to what he described as 'one of the worst weeks of my career as a manager'. He said:

"Normally we’re supposed to get back at 6 o'clock in the morning and cut weight, but at 3:45 in the morning I went to the room — and my room was right next to his room, and he was in so much pain.

"And after that I panicked. Because this is not just somebody I manage, this is my little brother. I have a different relationship with all the guys I manage, because if I can’t be your friend or we can’t be like brothers, we can’t work together."

UFC president Dana White criticised Nurmagomedov's team for not calling them for advice and medical support when the fighter fell ill.

Abdel-Aziz admits he panicked but his immediate reactions all played out in good faith. He continued:

"I wanted to bring some care to him. I thought about calling 911, but I thought, listen, we can pick him up. When we picked him up, the whole group, he couldn’t even walk. We put him in my car and drove straight to the hospital. On the way to the hospital I tried to get a hold of the UFC. It was 4 o’clock in the morning by the time I got to the car.

"Normally, for the last eight or nine years that I’ve worked with the UFC, if anything happens you call two people — the matchmaker, and Dana White — and I did both. But of course at 4 o’clock in the morning, I didn’t know who to call."

END_OF_DOCUMENT_TOKEN_TO_BE_REPLACED

Abdel-Aziz says Nurmagomedov argued with a doctor, who want to place him on an intravenous [IV] drip, for 'almost an hour-and-a-half' before the pain became too great and he had to cede to medical advice.

The IV took his weight up to around the 165lbs mark so 'there was no way' the fight with Ferguson, 36 hours later, could happen.

Abdel-Aziz also ruled out the possibility of Ferguson-Nurmagomedov taking place at UFC 210, next month, and suggested UFC 211 [on May 13] in Dallas could be in the mix. As a Muslim, Nurmagomedov will observe Ramadan from May 26 this year.


popular
Iran demand action by FIFA after USA team change flag on social media
World Cup 2022 Day Nine: All the major action and talking points
"I appreciate Moycullen now more than ever" - Cooke's American lifestyle from a Moycullen base
Roy Keane's issue with Argentina star could rival Graeme Souness and Paul Pogba
GAA JOE Team of the weekend
Roy Keane makes quip about Declan Rice and Jack Grealish after England lose player to Germany
All-Ireland Hurling winner's medal stolen as Gardaí appeal for information
You may also like
2 months ago
Hasbulla signs five year deal with UFC 'worth more than many fighters'
2 months ago
UFC fighter Elias Theodorou has died, aged just 34
2 months ago
John Kavanagh and Johnny Walker kicked out of T-Mobile Arena during UFC 279 main card
2 months ago
Conor McGregor took exception to one part of Nate Diaz victory speech
2 months ago
Nate Diaz and Tony Ferguson tossed together for UFC 279 main event after wild 24 hours
3 months ago
Your guide to a huge weekend of sport and how to watch it all
Next Page