It's understandable that fighters wouldn't want upcoming opponents getting wind of any specific training techniques being employed in camp but it's not often that we see them become so obsessed with privacy that they take preemptive legal measures to ensure that their secrets don't get out.

The former UFC women's bantamweight champion's Octagon comeback didn't exactly go according to plan last week but that was not for a lack of serious preparation as Rousey refused to talk to the press in the build-up to her return against defending champion Amanda Nunes. 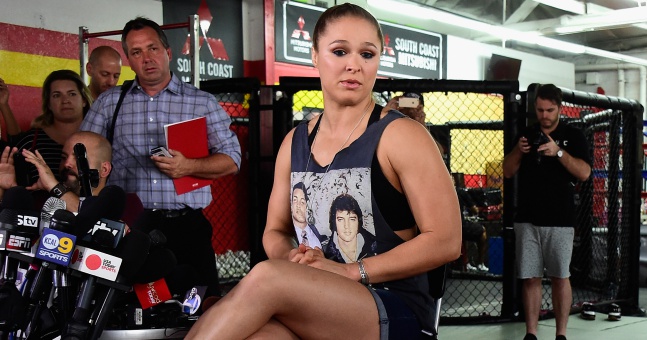 END_OF_DOCUMENT_TOKEN_TO_BE_REPLACED

We don't know the ins and outs of Rousey's training camp, during which she was seemingly focusing almost exclusively on her striking, but it presumably didn't go as well as she'd have liked given the devastating nature of her defeat to Nunes in the main event of UFC 207.

And we'll quite literally never learn of the nitty-gritty of what went down behind closed doors at Glendale Fighting Club, Rousey's gym, as a telling revelation from a sparring partner has given us an insight into her desperate desire for privacy.

Fellow UFC bantamweight Raquel Pennington was drafted in by 'Rowdy' for her UFC 207 camp but, unfortunately, she's not allowed to utter a word about what the training was like as the former Olympic bronze medallist made her sign a non-disclosure agreement.

"I actually talked to Ronda the night of the weigh-ins in New York [before UFC 205]. I bumped into Ronda and she asked if she could contact me and bring me out for some work," Pennington said in an interview with ESPN. 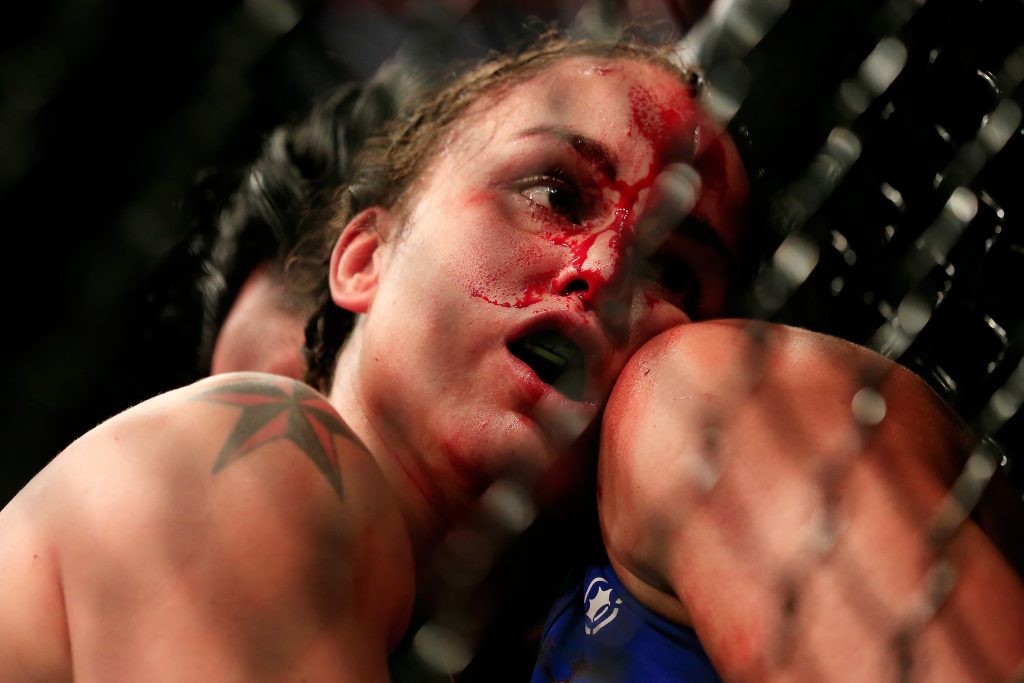 "I've been out to Los Angeles to see her and [teammate] Shayna Baszler before. A lot of us are friends outside the Octagon. I'm always up for challenges. Everybody brings something new to the table. It was definitely a solid experience.

"I can't really talk about how sparring went or what we did. Ronda asked me to sign a non-disclosure agreement, so I did. All I can say is the fact I was able to put in work with her and that it was solid work. I can't say too much more than that."

END_OF_DOCUMENT_TOKEN_TO_BE_REPLACED

Pennington, whose most recent outing saw her retire Rousey's long-time rival Miesha Tate, will be out of action for several months as she recovers from a shoulder injury.

And with many suggesting that we've seen the last of Rousey in the Octagon, Pennington offered her take on the first ever UFC women's bantamweight champion's future.

"I would hope so," she said about potentially seeing Rousey fight again. "I would hope she wouldn't finish her career like that. Obviously, I'd say that about anybody. Any athlete, you wouldn't want to see them go out like that. It'd be good to see her pick her head up and get in there and get another fight in."